Annapurna announced it is backing Skin Deep, an immersive sim shooter based in space. The stealth-action title is coming out for the PC at an unannounced date, and it’s being developed by Blendo Games. The publisher made the announcement today during its first Annapurna Interactive Showcase.

You’re outfitted with a variety of eccentric weapons and you get help from ships’ crews, which are talking cats. Space pirates have been kidnapping these cats. You play as a reformed assassin who now works as an insurance commando. Your job is to keep the cat crews on the cargo ships safe in the event of a space-pirate takeover.

The commando gets to earn her pay as the space pirates attack. The team describes it as “Die Hard in space.” The gameplay includes sneaking around in stealth on the ships, sabotaging navigation and life support systems, rescuing hostages, and fighting the pirates.

Blendo Games’ immersive first-person shooter about sneaking, subverting, and sabotaging — all while not wearing shoes — revealed a new gameplay trailer, which you can watch here.

Brendan Chung of Blendo Games said the game has a lighter tone. The team of a half-dozen people has been working on it since 2018, trying out different kinds of mechanics.

“I grew up playing on a lot of personal computers since I was pretty young,” Chung said. “The original 3D shooters got me interested in learning about and making games. It’s fun to return to my roots.” 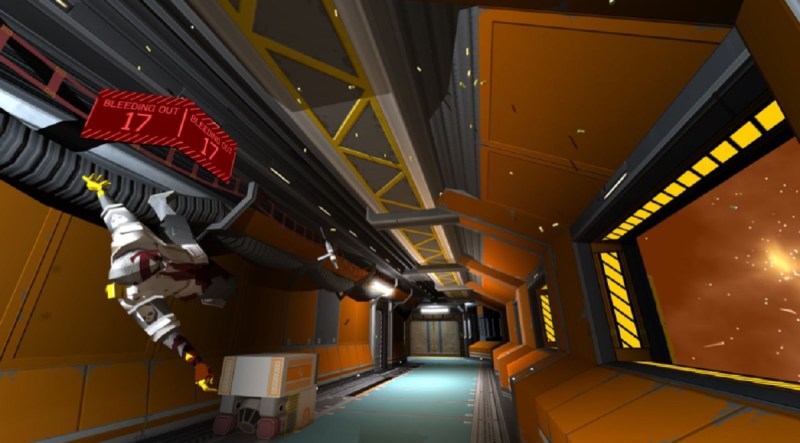 Above: Skin Deep is being made by a small team.

In one scene, you shoot at an enemy by a window. It shatters the window, and both of you get sucked out into space. Not the greatest idea, I suppose, but Chung said it shows how much interactivity is built into the game.

“It is like an action movie, with heightened comic book logic,” Chung said.

Annapurna helped the team get more resources, but it has been a small team from the start.

“We’re not trying to compete on graphics with photorealistic games,” Chung said. “That’s just not something we’re interested in and we’re not equipped to do it. We want it to be attractive looking and have a strong personality and humor.”

You can do things like threaten enemies or yell at them. You can even meditate and regain your composure. If you jump into a trash chute, you can make a quick escape. But a smell will stay with you, and enemies will be able to hunt you down. You have to wash yourself in the toilet or a sink. You might also sneeze, and that could give you away.

They’re using the Doom 3 engine from 2004, and that means it has good shadows and lighting.