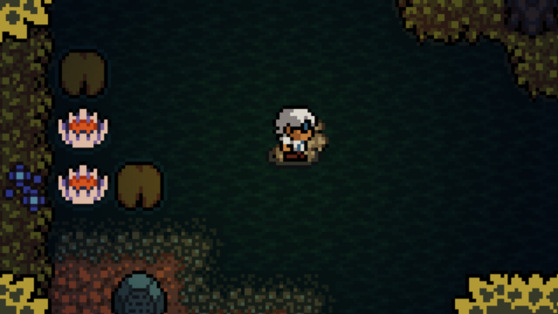 Updated at 2:11 p.m. PST with response from Anodyne developer.

Updated again at 3:03 p.m. PST with a quote from Huntsman director.

Valve revealed today the fifth set of games and software titles to achieve “green light” status on Steam Greenlight’s community platform, including a radical surgical simulator and a survival-horror game that shies away from excess blood and violence.

Ten games made the cut this time, such as Surgeon Simulator 2013, where players control a clumsy doctor during surgery, and Evoland, which shows the evolution of the action-adventure genre through creative gameplay and style changes.

The indie first-person shooter Receiver — an experiment in “gun-handling mechanics, randomized levels, and unordered storytelling” — and the alternative horror game Huntsman: The Orphanage were also successful. The latter’s creator, Dene Waring, contributed a community article to GamesBeat on the topic of gun violence and the games industry in January.

“Within the creative industries, the hurdle has traditionally been getting past the front door of the big distributors with your unknown, unproven indie project,” wrote Waring, the director of Shadowshifters Entertainment, in an email to GamesBeat. “And that’s why I was excited to see the Greenlight concept put in place; here, at last, was a way to let your potential customers decide the viability of your idea.

“Now, having Steam distribution in place means we can apply for government funding to complete the game to a higher level again, with a full-time team, and that’s a level we couldn’t have achieved without the Greenlight process — so we’re grateful to all our supporters!”

“I think getting Greenlit is very much thanks to the quality of game — people seem to enjoy the world we’ve created, finding themselves immersed in it, and enjoy the gameplay,” Sean Hogan, one of the two developers who made Anodyne, told us. “This helped to make the Pirate Bay promo a possibility, which was the biggest driving force in helping out the Greenlight cause. Now I’m just working on adding some Steamworks SDK stuff in, then releasing on Steam, and later, Kongregate/iOS/Android! And then working on the next game!”

“We’re very grateful to the Steam community and all to our supporters for making this possible,” said Sébastien Vidal, the chief executive officer of Evoland studio Shiro Games. “Being on Steam is a big milestone for most indie developers as it provides a level of exposure that is hard to get without a significant marketing budget. Now we have to finish the game and squeeze in as much content and polish as we can before release!”

Some of the titles, like Organ Trail and Distance, have also succeeded in crowdfunding efforts on Kickstarter.

Over 70 titles have emerged from Greenlight so far since the platform, which enlists the community’s help in selecting games for release on Steam, launched in August of last year.