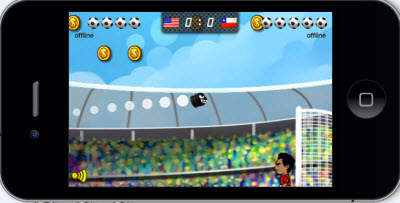 The Corona Game Edition toolkit can be used to make games for the iPhone, iPad, and Android phones from the same set of code. (Here’s a video demo). The tools feature a physics engine, which makes it easy to create two-dimensional games with realistic physical behavior for objects in the game. 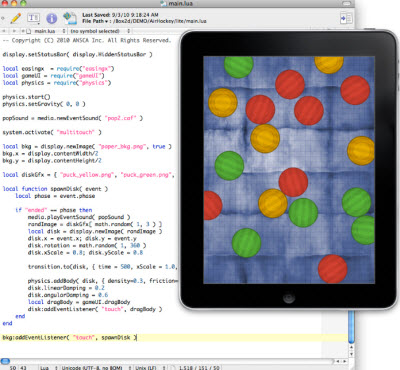 Cross-platform apps are becoming more fashionable in mobile as Android activations are exploding beyond 200,000 a day. Walter Luh, co-founder of the Palo Alto, Calif.-based company, said the tools can be used to create more sophisticated games that mobile users are beginning to demand. Games such as Doodle Dash have used Ansca Mobile’s tools. The Corona SDK costs $249 a year, and the Corona Game Edition is $349 a year.  The company was started in 2008 by two former Adobe mobile engineers (Luh and Carlos Icaza) who previously worked on Adobe Flash Lite.

Ansca has raised $1.5 million in venture funding from Merus Capital.