Notably, it shows that mobile gaming generated 20 percent more revenue than console, PC, and handheld gaming. This includes all digital and physical spending, but it does not include ad revenues. 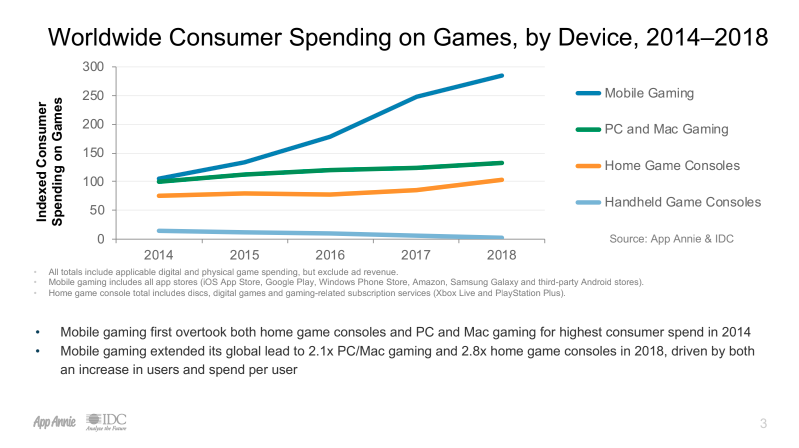 “2014 was the first year in which mobile gaming generated more consumer spend than PC and Mac gaming,” said App Annie director of market insights Amir Ghodrati in commentary sent to GamesBeat “In 2018, mobile gaming consumer spend exceeded the combined game spending total on home consoles, PC and Macs, and handheld consoles by 20 percent. It’s something that might have been unfathomable to some, but that’s what happens when technology improves and mobile becomes ubiquitous.”

The Chinese MOBA Honour of Kings (called Arena of Valor in the U.S.) was at the top of iOS App Store, while the South Korean multiplayer role-playing game Lineage M ruled over Google Play. Both games offer hardcore gameplay focused on action or competition. Those are experiences that many used to go exclusively to PC and consoles for. 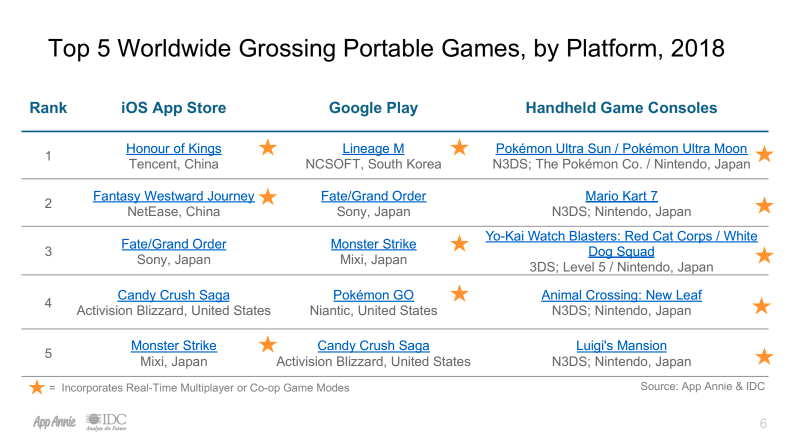 Above: Highest grossing games by platform.

“Three out of top five games by consumer spend on both iOS App Store and Google Play featured real-time multiplayer game elements from PvP battle, co-op play, to MMORPGs — and many come from a PC gaming heritage,” Ghodrati noted.

Mobile gaming used to focus on a casual crowd, but advances in technology have made it popular for more traditional kinds of gaming to be available on the platform. That’s helping to increase mobile’s growth and widen the gap between it and other markets.