After its big event today showing off new hardware and more details about the Apple Arcade, Apple has released a list of games that will be exclusive to the subscription service when it launches on September 19.

Free-to-play games have become the standard on mobile, but Apple Arcade is looking to instead offer a $5 month subscription for access to a software library. During today’s event, Apple showed off some games coming to the service, including Frogger in Toy Town from Konami, Shinsekai: Into the Depths from Capcom, and Sayonara Wild Hearts from Annapurna.

But these aren’t the only titles coming to Apple Arcade. A new post on the company’s website has detailed some big exclusives and other games that weren’t mentioned at all during today’s presentation. These include a new Pac-Man game: Pac-Man Party Royale, which will feature four-player action. Rayman Mini will be another mobile adventure for the Ubisoft franchise that sees the hero shrunk down to a miniature size, and the next entry in the popular 2D indie franchise Shantae — Shantae and the Seven Sirens — is also coming to Apple Arcade.

The popular indie top-down shooter Enter the Gungeon will also be on Apple Arcade. And were you celebrating the Dreamcast’s 20th birthday yesterday? If you were, you’ll be happy to know that the puzzle game ChuChu Rocket! Universe will also be on the service. 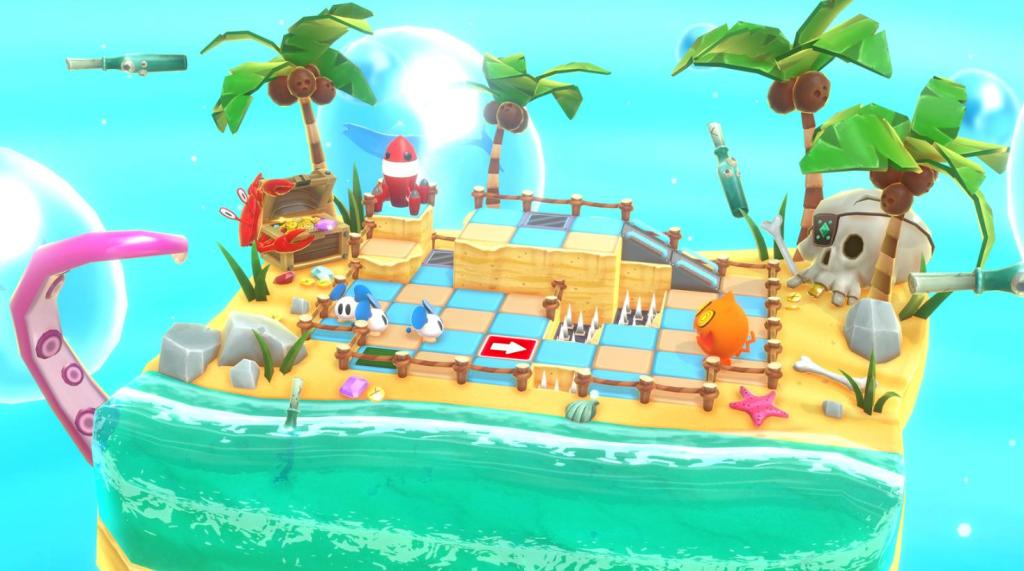 The list also includes a low-key announcement for a new Steven Universe game, Unleash the Light. This will be the third role-playing game, following Attack the Light and Save the Light, based on the popular Cartoon Network show. RPG fans can also look forward to Various Daylife, a new title from Square Enix and the development staff behind Bravely Default and Octopath Traveler.

It’s an impressive list that makes some overtures to hardcore gamers. It could attract an audience to mobile gaming that isn’t a fan of free-to-play experiences.