A developer that sells apps in Apple’s ubiquitous App Store goes by the name Anton Sinelnikov. Pulling up his apps today shows a much thinner selection than yesterday, according to website VideoGameWriters. Nine apps are left on sale from this particular seller, down from 68 previously. The reason? Cloned apps. Knockoffs.

According to VGW, apps with titles like Plant vs. Zombie, Angry Ninja Birds, and Temple Jump were among the removed apps. In addition, Temple Jump had actually seen a modest amount of success. What makes these apps subject to Apple intervention is anyone’s guess, as our Apple contact has not responded to inquiries. We can conjecture, however, that because these apps were more than merely inspired by a hit game app, but actually could be considered as infringing on the original app itself. 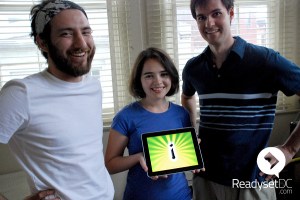 Natalia Luckyanova, co-creator of Temple Run (the original hit game), told VentureBeat, “These clone/ripoff issues can be very complicated and often devolve into the ethics of cloning and inspiration in the game industry. Temple Jump, however, was a scam intended to trick customers into thinking the app is related to Temple Run. It had a similar icon, vague description, and a single screenshot that did not show any gameplay. And FYI, there was no gameplay. Clearly, they succeeded in their scam, because nearly all of the reviews were from users saying they thought this was a spinoff of Temple Run and felt they were tricked out of their money.”

She continued to say that the scam hurt her team, as well. “It was upsetting to us to see some people suggesting we had anything to do with this scam app. We work very hard to create polished products, and this was damaging our brand.”

Clone games like this rely on the popularity of the apps they are scamming, said Luckyanova. “Due to the popularity of Temple Run, which has had over 30 million downloads, this scam got to #1 Top Paid app two days after launch,” she said. “Having something like this sit at #1, with thousands of angry reviews and a whopping 1 star review average, clearly hurts the App Store customer experience. I’m sure Apple was also getting bombarded by refund requests. Pulling it off the store was clearly the right decision made in the interest of App Store users.”

Note the lack of worry over the potential financial impact of piracy in the above quote–many independent developers can see a significant hit from piracy and knockoffs. It’s good to see someone of Luckyanova’s status focusing more on the experience for fans here rather than that of a loss of revenue for the game.

With Apple paying out over four billion dollars to third party app developers, however, the financial revenue, not to mention the copyright issue, is most definitely a concern to Apple, as they may take a hit from any legal action on the part of third party app developers now or in the future. Perhaps this recent de-listing of these clone apps and games is their way of making sure that doesn’t happen, while also engendering some goodwill among app sellers.