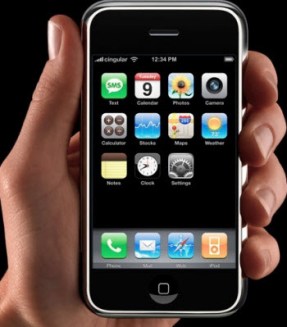 Getting caught in the dragnet

Many app marketing services use defensible, above-board practices, but Apple eventually cracks down on those that reek of rankings manipulation, much as Google deals with websites that try to manipulate search engine rankings for profit. Apple can’t directly control seedy marketing firms, so it chases down those manipulators’ customers — the app developers who either knowingly or unwittingly purchased the dubious marketing services.

Apple doesn’t explain its take-down policies in detail, so not only are some developers confused by why their apps were kicked out of the App Store, but the whole developer ecosystem is also left with unclear marketing guidelines.

“A friend of mine had a pretty successful mobile app development company with hundreds of titles in the App Store,” said Daniel Kim, the president of Nexon America, one of the biggest publishers of online games in Asia. “He just got cut off one day because he used the wrong marketing company. Without his knowledge, this company had used bots to bring some of their titles up on the rankings. Ironically, they were already there before they hired this company. But [Apple] just basically said, ‘You’re done.’ They were completely cut off. They were running like 24 million [downloads] a year, and there is no appeal process. It’s pretty absolute.”

Apple declined to comment for this story. And, in fact, its overall silence regarding takedown policies vexes developers who feel they’ve been treated unfairly. It isn’t clear just how many app developers have been warned or cut off, because Apple prohibits them from talking about its communications.

Were all these apps promoted by nefarious marketing practices? It’s impossible to tell, because Apple doesn’t clearly communicate its motivations to those affected, developers say. 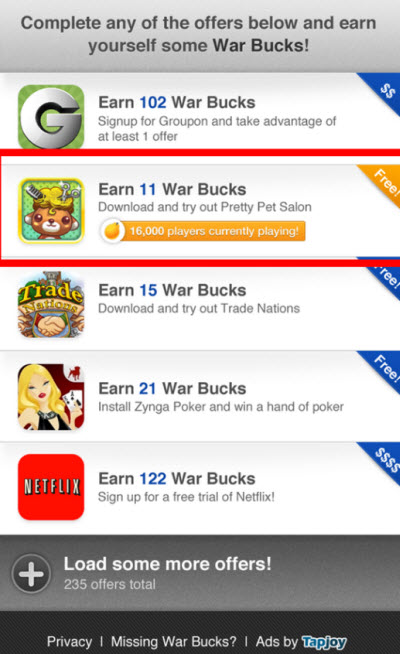 The line between good and evil

Some marketing practices entail nothing more objectionable than time-tested, smart promotion. Legitimate marketing companies include the likes of Tapjoy, PlayHaven, Flurry, Chartboost, AdParlor, Iddiction, and FreeAppADay. They all help clients with the tough challenges of app discovery — compelling users to share apps with friends and convincing users to try something new.

Tapjoy, for example, places ads for new apps inside of established apps. Chartboost incentivizes developers to promote the apps of other developers through a variety of cross-promotions and direct deals. And FreeAppADay is exactly what it sounds like: a website that promotes apps that free for just one day. Developers who join are willing to reduce their prices to zero (if only briefly) to enjoy the fruits of a larger user base.

For all these marketing services, direct chart manipulation is not the object, but ethical boundaries can be crossed. Tapjoy got into trouble last year after it started making a lot of money through incentivized installs — in effect, Tapjoy gave in-game rewards to users who installed another app.

Apple decided the rewards were such a big motivator that people were installing apps that they had no interest in using. And the impact of incentivized installs in the market was big enough to cause a distortion in the top 25 rankings. Nonetheless, Tapjoy (and others) still do a lot of business using nonincentivized cross promotions. What’s more, Tapjoy can still do its incentivized install promotions in Google Play market on Android devices.

We know at least one developer, Dream Cortex, had all of its apps removed from the App Store for violating Apple’s guideline 3.10, which states, “Developers who attempt to manipulate or cheat the user reviews or chart ranking in the App Store with fake or paid reviews, or any other inappropriate methods, will be removed from the iOS Developer Program.”

Pretty Pet Salon and related apps from Dream Cortex were removed on Jan. 12 for the policy violation. The software was published by Hong Kong–based Animoca, a division of incubator Outblaze Ventures. An Apple spokesman confirmed to us that Animoca’s apps were banned because they violated guideline 3.10. Pretty Pet Salon downloads were above 10 million, so the app’s removal wasn’t a trivial takedown.

Ibrahim El-Mouelhy, a spokesman for Animoca, told us, “We have never used bots or intentionally engaged in any manipulation activities.” He said Apple never provided specific reasons for the app removals. Animoca tried various times to get its apps restored, and even consulted legal advice, but it has not succeeded in getting back into the Apple iTunes App Store.

So how did these apps win back entry when Animoca’s efforts for reinstatement were futile?

Simple: Animoca gave up on being reinstated and instead sold off its iOS business to another developer that wasn’t banned. Its preference was to work it out with Apple so that it could keep its lucrative iOS business alive, but it met a stone wall and had to sell.

“We are doing very well on Android and Amazon,” El-Mouelhy said. “We hope to be able to get back on Apple, if we have a conversation with the right person.”

The plight of Animoca underscores the frustration of small developers caught up in Apple’s crackdown. Apple has (quite rightly) messaged to the developer community that the consumer comes first, and market manipulators will be ousted from the ecosystem. Apple may not act quickly, but it will eventually chase down app publishers it thinks have violated policy.

But the manner in which Apple deals with store removals retains a great deal of inequity. Apple will communicate directly with the highest-profile and most successful app developers and publishers so that they understand how to comply with all store and development policies, whether those policies concern content, privacy, technology or marketing. But Apple has not been so transparent to the relatively obscure developers caught up in its marketing crackdown. In effect, if you’re a small publisher, you won’t get an explanation.

While reporting this story, we spoke to several large and small developers whose apps were removed from the App Store for violating guideline 3.10. Only one — Animoca — would share its story on the record, but all felt Apple provided insufficient explanation of precisely why their apps were removed.