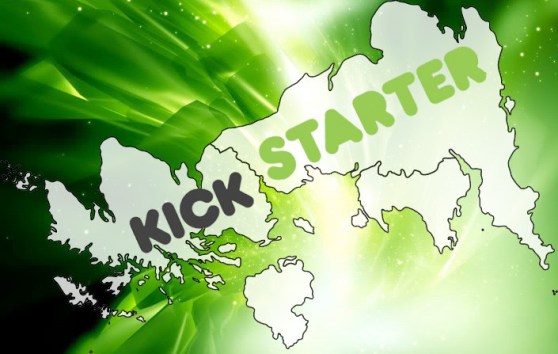 Crowdfunding campaigns are starting to run out of gas on Kickstarter, according to an analysis by Michael Wolf at market research firm NextMarket Insights. 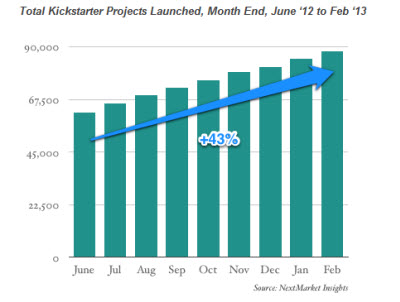 Kickstarter gave the crowdfunding market a much needed boost over the past couple of years, providing a huge source of funding for projects that otherwise had trouble raising money. It is a great alternative to debt or venture capital.

And in the past week or so, some astonishing successes have made it seem like the platform still has its mojo when it comes to the discovery of interesting projects. But the overall numbers suggest that the growth rate for the market is slowing down as it grows larger.

We asked Kickstarter for a comment but haven’t heard back yet.

But the orange chart below shows that the number of new projects being started is stalling, from July 2012 to February 2013. In July 2012, the number of brand-new Kickstarter projects was almost 4,000. After that, the numbers saw a steady decline, down to just 2,366 in December. 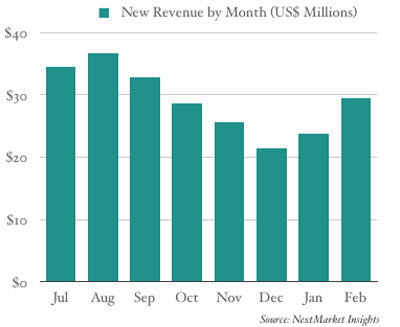 On top of that, the number of dollars flowing into the system is slowing too. The total revenue has grown from June 2012 (just under $300 million) to more than $450 million, as far as the amount pledged. But amount of money raised in successful Kickstarters has flattened, from above $30 million in July to just below $30 million in February (see chart at left).

A spokesman for Kickstarter said, “Kickstarter is still so new and this is just the beginning of the first chapter. We’re committed to sharing our stats and hope it helps everyone understand the Kickstarter community better.”

Kickstarter, which launched in April 2009, is just one of 500 or so crowdfunding platforms today, but it’s the biggest. It is a reward platform (investors receive a product in exchange for their investment, not a stake in the company), but equity-based crowdfunding could take off in the U.S. once the Securities and Exchange Commission clarifies its rules on a new federal law that permits such fundings. 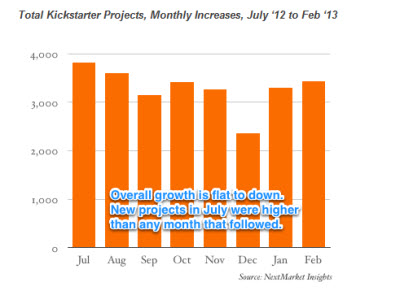 In January, the number of projects rebounded, and February saw another slight increase. That suggests that a number of companies decided not to raise money during the holidays, when charitable giving for other causes is at a high.

“So what does this mean? It may be too soon to tell,” Wolf wrote. “After all, I believe that interest in Kickstarter and crowdfunding has never been higher, and just looking at all the excitement at SXSW this week and at CES in January, one sees many entrepreneurs still embracing Kickstarter and crowdfunding over more traditional financing routes.”

Wolf can only conclude so far there has a been a “slight dissipation” in the total number of new projects compared to 2012.

“Some entrepreneurs and creatives may also have felt that the early arriver advantage in crowdfunding has started to ebb, which may be keeping some on the sidelines,” Wolf added. “As with any new market, those who first embrace the change are most likely to see early success, but as the market matures the likelihood for success may go down.”

He noted that Chris Taylor of Gas Powered Games saw his Kickstarter falter (he shut it down before it closed). But Brian Fargo and InXile Entertainment saw a huge success last week with the launch of the Torment role-playing game on Kickstarter.

In a tweet, Fargo said, “There is no question that people have become far more discerning when evaluating Kickstarter-funded games. As they should be.” He added in a second tweet, “I also believe Kickstarter themselves have been more discerning as to what they let go live.”