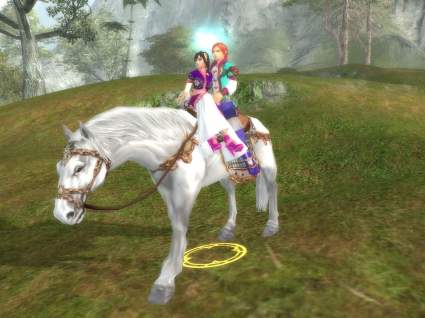 The worldwide video game industry is experiencing healthy revenue growth. In the U.S., sales grew 19 percent to $22 billion in 2008, according to market researcher NPD. That has been a cause for much celebration as games outrun the recession.

But market researcher DFC Intelligence in La Jolla, Calif., has a different take. In a report today, the company asked whether revenue gains are coming at the expense of profits. And while U.S. companies have collectively suffered losses in 2007 and 2008, Asian companies are more profitable because they have embraced new online business models that keep the money coming in long after a customer buys a game at the store.

Profits are shifting East. DFC came to that conclusion after looking at a bunch of public companies in the U.S., Japan and Asia. The U.S. companies have celebrated continued revenue growth, mainly in physical disk-based media sold in stores. But Asian companies have embraced hybrid product and service business models that are inherently more profitable.

Part of Asia’s advantage is the swift adoption of broadband in countries such as Korea and China, where broadband speeds are so fast that they can support online games more easily. Of the seven major Western publishers, only Take-Two Interactive, Activision Blizzard, and Ubisoft showed good net income.

The Japanese publishers, who have expanded far beyond their domestic markets, are likely to better weather the current market than the Western companies, even though the Western companies saw faster revenue growth, DFC reported. While the U.S. companies lost money, the Japanese saw a 272 percent increase in net income. Accordingly, Japanese game stock prices haven’t been hit as bad as Western game stock prices.

Three major Asian online game companies — Shanda, NCSoft and Netease — saw revenues increase 26 percent and net income growth of 6 percent. But the profit growth has been steady, thanks to the service models, such as charging for monthly subscriptions, hourly rates, or micro-transactions. The good side effect is that it’s much harder to pirate an online service than it is to pirate a disk.