Editor's note: Dennis hits on a topic that I think our discussion lacks — a substantive conversation on the aesthetics of video games. While he'd prefer to strike a balance between the critic and the gamer, I think the medium would become much stronger if we developed a vocabulary to intelligently critique our electronic pastime. -Rob

Back in May, I had dinner with Mitch Krpata, who reviews games for The Boston Phoenix, contributed to the book 1001 Video Games You Must Play Before You Die, and blogs at Insult Swordfighting.

Most of the evening involved me picking his brain for advice about getting started in this industry (for which I would again like to express my gratitude should he be reading this), but a couple of subjects that we didn't have time to delve into too deeply surfaced.

Topics like the value of the terms "hardcore" and "casual" in defining different kinds of players; the nature of game reviews versus critiques, and whether they need to remain separate or coexist within a single piece; the existence of the "larger conversation" I want to be a part of; I hope we can continue all of these at a later date.

That "larger conversation" — in my mind — revolves around substantive discussion of video games. Historically, my conversations with friends about our hobby have centered on personal feelings and opinions of whether I liked a particular title. I never spoke about design decisions and mechanics, how developers and publishers relate to one another, or how the industry works in general. None of that was relevant to me as a pure consumer.

Clearly, things are different now, and it feels like peeking behind the curtain in an evolving process of dissolving mystique. It's very similar to my experience as a film student at Boston University, and that worries me a little. Tony DaSilva expressed a similar concern here on Bitmob, which is what inspired me to finally finish this piece I began after dinner with Mitch not too long ago. 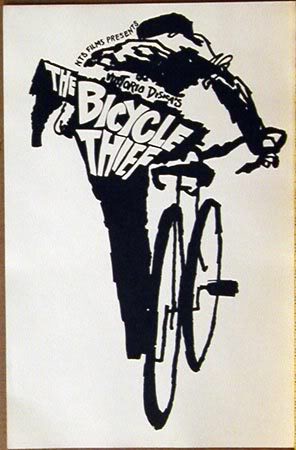 When I first went to film school, my favorite movie was Aliens. I thought it was brilliant. I couldn't tell you why, but I loved it. Terminator, Predator, RoboCop: these were the best films I could think of.

Part of earning my degree required a bunch of film theory courses. I saw the kind of stuff I would have thought only elitist intellectuals watched: Bergman, Fellini, Eistenstein, Truffaut, Godard, and Tarkovsky. I absolutely fell in love with Vittorio de Sica after I saw Bicycle Thief, and I started watching his movies on my own time.

Ultimately, the experience ruined Hollywood for me. I'd never be able to go back to viewing movies the way I used to, and in some ways that's a downer. I see films that I'd have previously enjoyed as "entertaining," but now I can't look past how awful they are compared to those truly excellent films.

The benefit of my film school education is that I never would have seen all of those fantastic films, which served as a preview of the benefit of this larger conversation about video games, as well.

These conversations about "video games as art" brought The Last Guardian, a game from the makers of Shadow of the Colossus, to my attention, and now I want to check it out. Four months ago, something like this, which could prove to be transformative and amazing, would have slid right past me because first-person shooters held my interest.

I feel a good deal of regret for passing up titles I now know to be seminal, and whose importance I have learned to recognize. I didn't play Half-Life 2 upon release just because it sounded like a Doom clone to me. Humans open portal into hell. Demons come through. Shoot demons. Game over. Humans open porthole into alien realm. Aliens come through. Shoot aliens. Game over. Same thing, right?

Now, I know better. I'll never be able to pick up Half-Life and get the same revolutionary-storytelling experience because I have difficulty to seeing past the outdated graphics. It would be a history lesson — not the likely memories of the real game experts. It is because of omissions like this in my "education" that I want to go back and play Shadow of the Colossus before it's too late to still take it seriously.

The danger of this new way of thinking dawned on me when I thought about playing Dante's Inferno. I found myself donning the critical lenses and looking for problems. It's precisely the sort of thing that movie critics do, which I cannot stand. It used to infuriate me when film students would pooh-pooh action flicks simply on account of being action flicks, as though it was impossible for them to possibly have any validity. I used to talk about Luc Besson films with gusto because I think he made quality cinema that just happened to have guns in them. 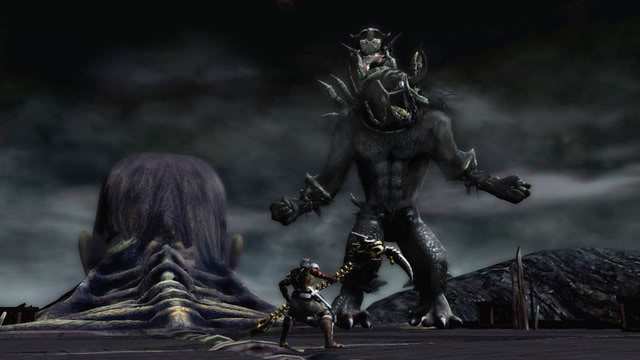 When I wrote the post "What Halo Multiplayer Is," I looked back and wondered if it was self-indulgent. I felt as if I had to justify the piece to myself. Should my writing be more substantive and fit better into this "larger conversation"? But, I don't think all games writing has to remove "the gamer" from the conversation and replace him with "the critic" — like Tony worries about in his Bitmob piece.

Designing a FPS is an art, and that's what the piece on Halo was all about — when technique falls behind and becomes dated. I see a middle ground between writing as a gamer and writing as games writer. N’Gai Croal does a good job of this, which is probably why he's held in such high esteem.

Clearly, all I wanted from film was entertainment — I didn't seek out those theaters that showed foreign or indie films and instead stuck with the Showcase Cinema 16 for Hollywood fare. And as soon as movies denied me that fun, I didn't bother going.

I think it's important that games writers and journalists never cease to be gamers first and writers second — even if we ultimately need to love writing about the medium more in order to sacrifice our free time to produce content. I never want to forget why I thought becoming a game journalist was a valid career path for me, but I think that if I remain mindful of this I can walk the tightrope between the player and the critic. After a fashion, it might be the responsibility of all games writers to do so.