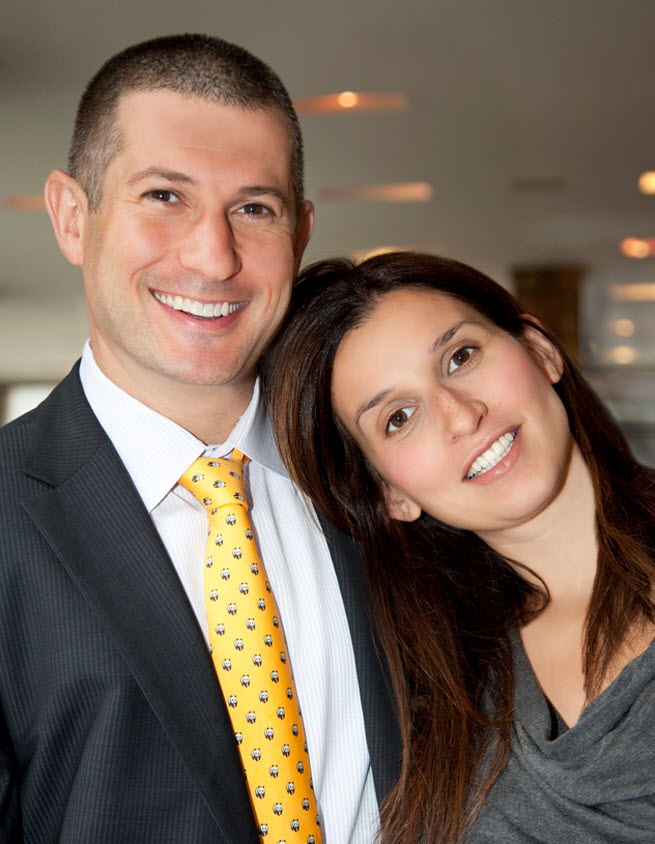 Arkadium is the scrappiest of game startups, starting 12 years ago as a couple-run business and growing into one of the largest providers for people who appreciate parlor games and other casual titles. But to keep up with huge rivals, the studio is announcing today that it has raised $5 million in funding from Edison Ventures.

The New York-based company, known for titles like Microsoft Solitaire Collection and Mahjongg Dimensions Blast, is one of the few that has made a major bet on Microsoft’s Windows 8 operating system with games that are targeted specifically at the cross-platform Windows environment. Arkadium has four games on Windows 8 now, two more scheduled, and more in the works. It is the only company of its kind with such an extensive strategic alliance with Microsoft.

“We are doubling down on Windows 8 and that ecosystem,” said Kenny Rosenblatt (pictured, left), the chief executive of Arkadium, in an exclusive interview with GamesBeat. “It is showing strong signs of success. We’ll also make Facebook games, roll out more mobile games, and expand our own distribution channel. This is going to accelerate our growth and give us more flexibility.”

Arkadium’s own channel includes distributing casual games to websites such as those run by the Washington Post, MSN, CNN, and the Los Angeles Times. The studio’s games have been played billions of times. More than 10 million people play its 300-plus games each month.

Jessica Rovello (pictured, right), the president and co-founder, said in an interview, “We haven’t needed the funding before. But it is difficult to compete in this space with companies that have raised hundreds of millions of dollars. Working against those war chests isn’t easy.”

Rosenblatt said Arkadium is profitable, and it has had to be for 12 years because it was bootstrapped. The additional money will give the developer more flexibility and the growth capital to increase the number of games it has in development. It will expand its proprietary online distribution network and double its staff of 150 over the next three years. Rivals include other casual-game makers like Zynga, Halfbrick, PopCap Games, Big Fish Games, King.com, and Wooga.

“It’s rare to find a high-growth technology company that’s been able to achieve the success Arkadium has without the benefit of ever raising capital,” said Ryan Ziegler, Edison Ventures interactive marketing and digital media practice leader. “Arkadium’s cross-platform capabilities and unified infrastructure enable the efficient production of best in class gaming content. We are excited to partner with an emerging market leader.  The demand and market opportunities for innovative content and enhanced user experiences are endless.”

Microsoft launched a new app store with Windows 8, and Arkadium launched its “easy-to-play, hard-to-quit” games Taptiles, Sparks, Trizzle, and Mahjongg Dimensions for it.

Rovello and Rosenblatt started the company in 2001. On a date, they challenged each other to see who was the better Ms. Pac-Man player. They couldn’t find a place to play the game online and so decided to start a company together.

Arkadium’s older web games provide a way for the company to cross-promote its titles. That is an edge, Rovello said, over rivals who only have games on iOS or Facebook.

“We face the same challenge of discoverability” in an age of hundreds of thousands of apps, Rovello said. “Are we going to pay a king’s ransom to get users? The distribution network is our competitive advantage.”

Windows 8 has been a polarizing operating system since its debut a quarter ago. But Rosenblatt is still enthusiastic about it and said, “We have had millions of downloads on Windows 8. We signed a deal with Microsoft, and we made it for the long term. They already have 60 million licenses sold. There is already an economy there. It may be several years before it is the dominant OS, but that will occur.”

But while the company is betting on Windows 8, it acknowledges that the “users are all over the place,” Rosenblatt said. “We go wherever they are on mobile, tablets, computers.”

Rosenblatt said the company could have raised $25 million, but it wanted to maintain control of the business and take only as much as it needed.

“This is the exact amount we need to do what we do,” Rovello said. “It may not seem like a lot, but we grew up stretching every dollar.”

The company has offices in New York, Toronto, and Ukraine. Its leaders have no desire to move out west.

“We are deeply rooted in the East Coast mentality,” Rosenblatt said. “We don’t liken ourselves to the entrepreneurs of the west. They may take money and hope to find a business model.”