The change comes amid a chaotic time for Arkadium, which lost half of its studio in Russia — and a total of a third of its worldwide staff — due to geopolitical disruptions from the civil war in Ukraine. In an exclusive interview with GamesBeat, Rovello said that nothing major would change as she and her husband Rosenblatt have been co-leading Arkadium since 2001. But they both felt it was time for Rovello to take the reins.

“The timing seemed right, and we had the support of our board and we went for it,” Rovello said. “This change had re-energized both of us.”

Rosenblatt brought up the matter of swapping jobs a couple of years ago, but they decided the time wasn’t right. But another mattered triggered the discussion again. New York-based Arkadium had about 100 of its 150 employees in Ukraine. When Russia annexed Crimea last year, about 100 of those employees in the Ukrainian studio in Simferopol became Russian. The company went through drastic changes, switching to Russian banks and dealing with other paperwork.

But the employees were happy with the shift to Russian allegiance. So they stayed put, even as Russia dipped into one of its worst financial crises. Then, on Dec. 19, as the Ukrainian war escalated, President Barack Obama increased the economic pressure with sanctions targeting Russian industries, which also meant that U.S. firms doing business in Crimea would also face penalties.

At that point, Arkadium had to decide what to do. Talking with the studio, the company decided to move the subsidiary out of Crimea, 50 miles away inside Russia’s traditional border, to a place that was not affected by the sanctions. That decision tore the studio apart as many decided to stay in Simferopol with their families while others willingly moved to the new location in Krasnodar. Arkadium’s Russian studio dropped from 100 people to 50.

“We had to immediately shut down that office,” Rovello said. “It was a massive, massive change that happened overnight. It was a difficult and trying time for the business.”

Now that the whole company only has 100 employees, it has decided to pull back from developing major free-to-play mobile games with relatively large production teams. Arkadium hasn’t had a lot of success on that front, and with 50 fewer people, it now has to focus its resources. Rovello has decided to focus on Arkadium’s original business, Arkadium Arena, of supplying a suite of casual games to websites such as USA Today, Microsoft, CNN, Comcast, The Telegraph, and The Washington Post. It has close to 100 publishing partners for its desktop and mobile games. Tens of millions of people a month play those games.

The company is adapting its white-label Arena product to mobile in an innovative way, and it also continues to invest in Windows games for Microsoft. Starting with Windows 8, Arkadium has been making titles such as Minesweeper, Mahjongg, and Solitaire Collection for the Windows Store. The company will continue to do the work with Microsoft because it has been a great partnership, Rovello said. 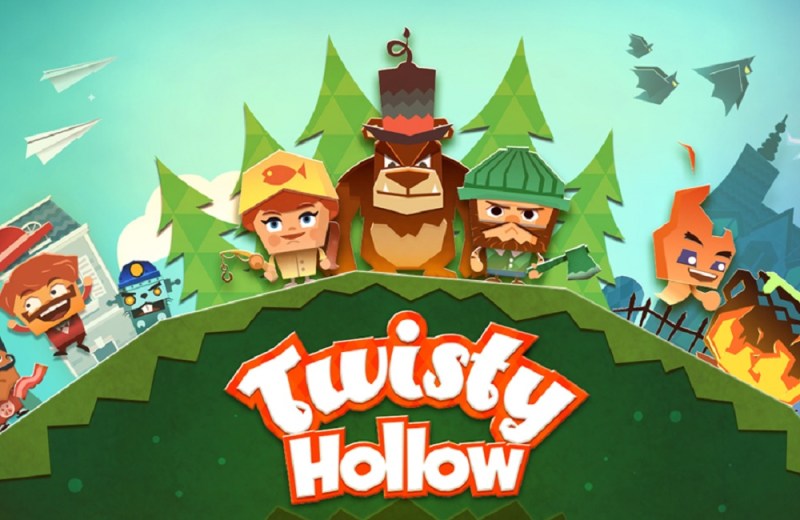 But Rovello decided that the company could no longer invest in big mobile games like Twisty Hollow, an original puzzle game that took a team of 20 about eight months to develop.

“When you lose a third of your staff overnight, you have to decide how you will focus your attention,” Rovello said. “We made a decision to refocus the business to focus on our core product, our Arkadium Arena game-distribution platform. We thought about other changes we could be making, and it seemed like the right time for the CEO change as well.”

She added, “We had our own struggles in game discoverability and monetizing free-to-play games. That knowledge is going into a reinvention of our product. And sometimes, something horrible can be a blessing in disguise. The situation in Crimea was incredibly difficult. But there was an element that allowed us to reexamine the business in a way we had not done in years. We were forced to contemplate what we could be great at because we could no longer go in four or five directions.”

The Russian studio has gotten back to work, but it’s not easy for an international team to work together without discussing their personal feelings about politics, Rovello acknowledged.

“They don’t teach you how to keep harmony with something like this in business school,” Rovello said.

Rovello was 24 when she cofounded Arkadium. Before that, she was the director of online services for Artisan Entertainment, where she worked on digital viral marketing for the hit film The Blair Witch Project. For Arkadium’s first 12 years, the company was bootstrapped. Then, in 2013, Arkadium raised $5 million from Edison Partners.

“This is an exciting time for Arkadium, and the entire board knows Jessica’s unstoppable dedication will further increase growth and value to their clients,” said David Nevas, the principal at Edison Partners, in a statement. “She is driven by continuous innovation and always delivers on both her work and her word, making her uniquely qualified to lead the company and drive its ongoing success.”

As for Rosenblatt, he will focus on driving revenue and partnerships. He said via email, “Jessica has always achieved greatness in her life. From impressive grades at Wellesley in college, to changing the way movie marketing worked with The Blair Witch Project, to cofounding a multimillion-dollar gaming business while being a mother of three and an amazing wife. Jessica deserves the CEO title, and I’m thrilled that the rest of the world will get the chance to see what I’ve known for a long time, a woman with integrity, passion and a relentless drive to win.”

Rovello said she runs things in a different way.

“Anyone that knows Kenny and me knows that we have complementary but different styles,” Rovello said. “But we are still co-leading the business together. ” 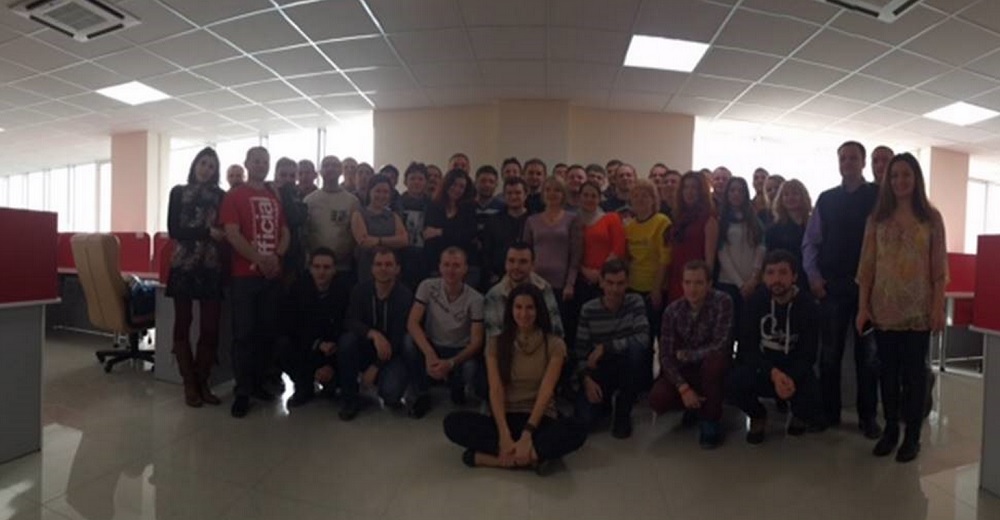 Above: Arkadium team in Russia