Arkadium is launching a premium puzzle game dubbed Twisty Hollow on Apple’s mobile platforms. On the surface, it looks like a lot of similar games that you find on smartphones and tablets. But it represents a shift in the way bigger game publishers are releasing casual titles.

Like other casual game companies, Arkadium is finding that simple games are hard work. The company is investing more in each product and being a lot more careful about what it releases into the market. The game market is crowded, and players have no tolerance for low-quality experiences. The CEOs of casual game companies like Wooga and SGN have echoed these sentiments recently. Each has come up with a different strategy, and in this case, Arkadium has focused on creativity.

“It’s a really tough market to be in,” said Jessica Rovello, cofounder and president of New York-based Arkadium. “There are so few games that break out. If you run it as a business, you have to make a lot of checks along the way in the production cycle to determine if it has a chance for a return.” 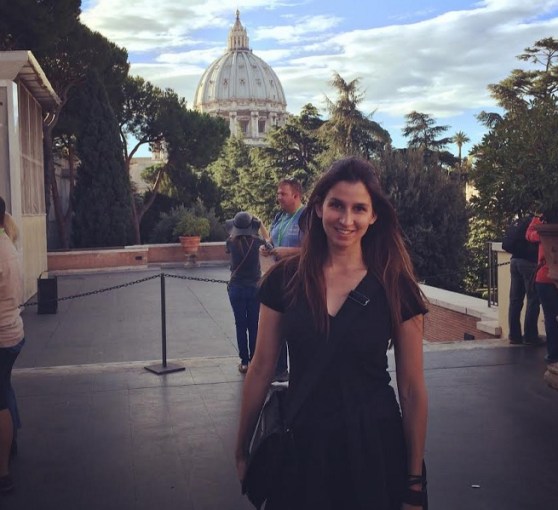 Above: Jessica Rovello, the president of Arkadium

“I don’t know if it is taking us longer,” said Rovello, who spoke with GamesBeat via phone from Rome, where she was taking an art tour on a vacation in honor of her 40th birthday, today. “We’re just being a lot more selective. We’re doing what a larger of studios are doing — killing a lot more games along the way. We put four to six into product, and we get rid of two to four of them. That’s a hard pill to swallow because you get emotionally invested in them. But it’s the right way to do business in such a competitive market.”

Twisty Hollow survived because it was so original. The iOS game has a cartoon paper-art style, a wheel-spinning mechanic, and a whimsical storyline. You spin multiple levels of a wheel in order the synchronize the right workers with the correct tools and resources to solve puzzles. In Twisty Hollow, a self-appointed mayor spins the town out of order with nonsensical rulings. His cryptic instructions vary from the culinary (bacon is frowned upon) to the absurd (fashion tips for ghosts). The citizens of Twisty Hollow do his bidding and also try to restore order. It has 50 levels.

Twisty Hollow came from the first “game jam” that the company had three years ago. It was one of about 25 or 30 prototypes that the teams produced. It inched along in development, and Arkadium finally decided it was the right time to launch it.

“It’s rare to see innovative games,” Rovello said. “But I feel it’s the first game that we have ever made that is entirely original in gameplay mechanics It’s not quite a match-three game or a puzzle game. It’s something in between.”

The $3 game is available today on the Apple App Store for the iPhone, iPad, and iPod Touch. On the arena online and mobile web side, Arkadium has hundreds of live games. In platform games, the company has just a few. Arkadium has a close alliance with Microsoft on Windows 8 platform games, and Rovello said that deal is working out well.

“When you are competing with a million other apps, discoverability is really hard,” she said. “It’s a good platform because you have a fighting chance.”