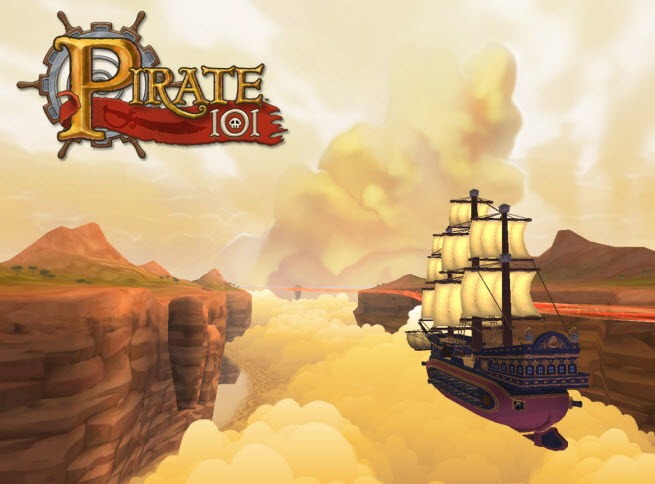 Few games have been as successful as Wizard101, which has more than 14 million unique monthly visitors in part because nobody has created an equivalent Harry Potter online title yet. 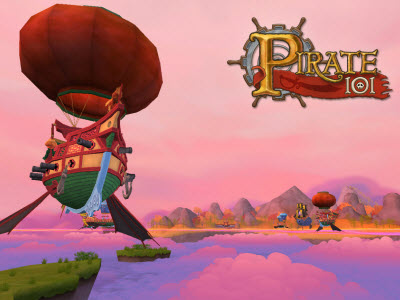 So, with great expectations from its fans, Wizard101 publisher KingsIsle Entertainment now unveils its second major online world: Pirate101. The popularity of Wizard101 alone will make this next online game a major release if only because KingsIsle will be able to heavily market this title to its existing gamers. This new title is currently in alpha testing.

“This is the biggest expansion for us in the last three years,” said Fred Howard, vice president of marketing at Plano, Texas-based KingsIsle, in an interview with GamesBeat. “It’s a unique and wonderful follow-up to Wizard101, set in the same universe.”

He said that the company has had more than 25 million users register for the first game since it was launched three years ago. That makes it the No. 1 kids online game in the country.

With this new story-based adventure world, players will be able to take the helm of their own pirate ships that float through the air in a world related to the environment of Wizard101.

Wizard101 became a phenomenon in part because it piggybacked on the Harry Potter craze. In that game, kids could learn how to be wizards and play the online with their parents. The game has jokes aimed both at kids as well as adults. Howard believes the same audience will be the target for Pirate101, which will offer a vast pirate-themed universe for players to explore.

Players will be able to enjoy a fair amount of content in Pirate101 for free. But players can also purchase virtual goods (such as the virtual currency Crowns) with real money or sign up for a monthly subscription. The game’s designers include Todd Coleman and Josef Hall. They lead a team of more than 200 employees.

The game offers “breathtaking cloud-top skyways to ancient ruins filled with lost treasure.” Howard said the team has worked on the new game for 2.5 years and it will launch with 400 or so hours of game play. Pirates will be able to battle each other across the skies in tactical battles.

You can play as a buccaneer, witch doctor, privateer, swashbuckler, or musketeer. Quests include searches for lost treasure, a battle with the “villainous Armada,” and a search for the city of gold, El Dorado. Combat is turn-based.

“This is about the individuality of the player, sort of like Han Solo in Star Wars,” Howard said.

“Pirate101’s announcement is a seminal milestone for KingsIsle’s already strong growth trajectory,” said Elie Akilian, chairman and chief executive of KingsIsle Entertainment.  “We believe, based on early indications, Pirate101’s appeal will further strengthen KingsIsle’s leading position as the online family entertainment company.  With the huge success of Wizard101, the introduction of Pirate101, and with multiple other projects already in progress, KingsIsle is a creative force poised for accelerated growth.”

Disney launched its own rival game, Pirates of the Caribbean Online, back in 2007. Other rivals include Runescape, Free Realms, and a host of other free-to-play online game worlds.

KingsIsle was founded in 2005. The company has never raised money; it was funded by Akilian, who got rich when he founded Inet Technologies and then sold it to Tektronix in 2004 for $500 million.

“KingsIsle is onto something real big with their approach to cross-generational gaming,” said Patrick Moorhead, analyst at Moor Insights & Strategy. “Cross-generational entertainment pulls families and friends together and extends the approach from movies like Star Wars.  When you look at the growth potential in this game segment, it makes companies like Zynga look smallish.”