Virtual reality is here to stay — shove your doubts aside.

Last year, we saw a couple of mood shifts on the VR scene. It was up — meteoric, really — as consumer solutions rolled out from HTC, Oculus, and Sony. Games and other entertainment experiences came out on a steady drumbeat, and some like Owlchemy Labs’ Job Simulator found fame and fortune.

But VR entered a “trough of disillusionment” hit at the end of the year, spilling over into early 2017. How’s it going now? GamesBeat turned to Dennis Scimecca, who’s been covering the emerging VR game industry, to dive deep into the scene at the recent Game Developers Conference. In his interviews and reports from numerous sessions, we find an industry that’s looking ahead and, instead of trying to find where it fits, it’s looking for how to grow into its own thing — and this, it appears, will rest on the people making games and experiences for VR.

One of my favorite parts of this how even the best designers are still learning how to move VR development forward. Carrie Witt of Owlchemy said that “Believability is more important than fidelity,” while others talked about how they’re moving forward on, well, movement.

The VR scene remains vibrant. And now, the people making games are full of confidence. And so are we.

P.S. Last week’s discussion at GamesBeat Summit about the future of augmented reality. 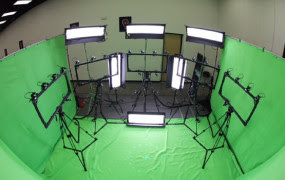 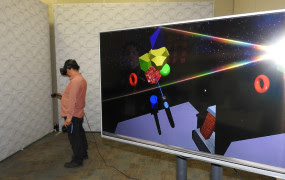 VRobot lets you wreck a big city in virtual reality 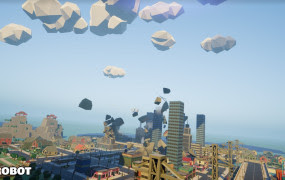 Wrecking big cities in virtual reality is officially a thing. The latest developers to take their turn is Luden.io, a team of VR developers at Nival Interactive. VRobot puts you into a giant robot at a time when driverless cars and robots are swarming the planet. Humans have built a giant robot to help them clean […] 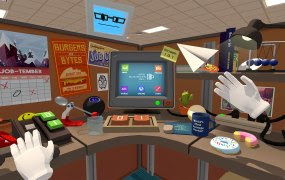 FEATURE: Investors, gamers, and game developers who are cold on virtual reality should look to the 2017 Game Developers Conference as confirmation that VR has legs. Developers don’t sound as clueless as they did last year, based on attendance at VR-related panels at GDC 2016 and GDC 2017. The difference is palpable. The fate of virtual […] 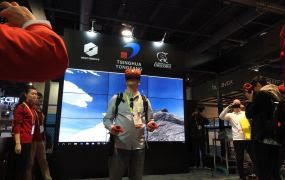 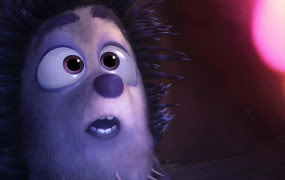 Facebook is getting out of the narrative-based VR experience business. Oculus VR content boss Jason Rubin revealed today that the company is closing its internal Oculus Story Studio, which is the division that worked on non-interactive 360-degree short films for the Oculus Rift and Samsung Gear VR headsets. Story Studio is likely best known for […]

ZeniMax Hits Back At Oculus’ Motion For New Trial

It was over three months ago now that a Dallas jury ruled that co-founders Brendan Iribe and the now-departed Palmer Luckey must pay ZeniMax $500 million. In April, Oculus refuted that result, claiming the jury had been “tainted” and that the damages owed were “excessive”. Oculus and ZeniMax took their legal dispute to court when the latter claimed former employee John Carmack had given Oculus access to confidential resources when working on the Rift in its early days. (via UploadVR)

Marvel’s VR Game: What We Want From An Ultimate X-Men Experience

When it comes to gaming, Marvel is finally getting its act together. After years of pouring its efforts into the mobile market with its licensed heroes like Spider-Man and Deadpool to be made into mediocre action games, the company is finally starting to pay proper attention to PC and console gaming. You can see it in the return of the Marvel vs Capcom franchise, the announcement of a PS4 exclusive Spider-Man game made by Insomniac, Marvel Heroes gaining momentum, and the reveal of Square Enix’s Avengers project. (via UploadVR)

The U.S. Navy is turning to augmented reality to boost the precision and speed of its gunners. According to a report from Defense Systems, the Navy will trial an AR helmet at the annual Trident Warrior exercise this June. Unified Gunnery System Augmented Reality — GunnAR for short — feeds commands from a gunnery liaison officer alongside weapons system data right into a sailor’s eyes. The software also overlays graphics to identify a target’s nature and position while issuing written orders like “fire” and “cease fire.” (via VR Scout)

Hands in the box: New puzzle game Statik does right by VR

The first thing Statik Institute of Retention gets right is that it leans into every single limitation of the PlayStation VR platform. The last thing Statik gets right is that it turns those limitations into a bizarre, brilliant rumination on our relationship with computers and games—in a way that only brilliant sci-fi can pull off. (via Ars Technica)