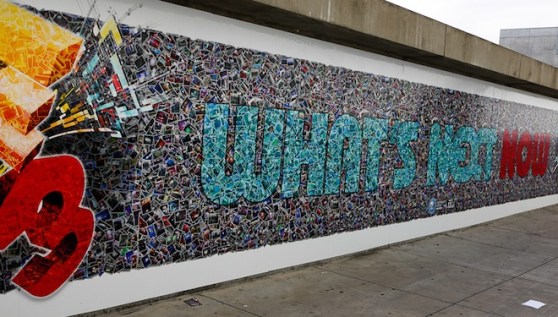 Tom Shadbolt is a research executive for GfK’s business and technology division.

The Electronic Entertainment Expo is a big deal for the gaming industry, often providing a benchmark for the coming year. E3 2013 has been no different, with Microsoft and Sony setting the scene for the industry’s first competitive launch of gaming hardware in recent memory.

In the years following the release of the last generation, console gaming sales have reached a plateau, and while struggling sales have been blamed on aging hardware, the impact of casual gaming and mobile gaming (spurred on by Apple and Google) is hard to ignore. Both Microsoft and Sony will hope that they can rejuvenate the console category with the convergence of technology determining how both manufacturers have framed their latest offerings. With global console market revenue set to rise to $30 billion in 2016, it’s evident that there is a significant reward for getting this right. Following Microsoft’s and Sony’s launch announcements, has E3 enhanced our understanding of how the console market is set to evolve?

E3 is notorious for its surprises, and in the case of this year’s show, it’s console pricing, rather than hardware itself, that has grabbed the headlines. The announcement of the $400 price of the PlayStation drew audible gasps from the conference floor, with the $100 price difference between the the PS4 and the $500 Xbox One becoming a significant talking point. The enhanced media capabilities of the Xbox One (TV integration and the inclusion of Kinect) has meant that the Microsoft is selling its new box at a premium relative to the Sony, a bold strategy for a device that consumers are likely to perceive as a game console first and an entertainment center second. Microsoft will point to previous launches as a benchmark for its pricing model, although with both consoles launching simultaneously, cost is likely to be the difference-maker for the consumer than ever before.

Sony’s aggressive price strategy has likely been provoked by previous lessons learned the hard way. The release of the $500 PlayStation in 2006 into a mature market (the $399 Xbox 360 launched in 2005) meant that Sony failed to recover market share lost to Microsoft — an experience it’s taking pains not to repeat. Sony hopes that the Xbox One’s enhanced media functionality will echo its early introduction of Blu-ray – features some consumers may not be ready to pay extra for, especially when cheaper alternatives are out there.

Sony’s announcement that it would permit used games to be played on its console without restriction seemingly raised as much excitement as the $399 price. While good news for consumers, it’s retailers such as GameStop, Game, and HMV that will be most relieved by the announcement. Specialist gaming retailers depend on used game sales, as second-hand titles offering increased margins over new releases. Sony’s announcement proved a needed boost — though it is leaving possible fees on used games to individual publishers. And Microsoft has its own restrictions, effectively preventing the sale of used games on the Xbox One. Both Game and HMV in the U.K. have undergone major restructuring over the past year that should shelter them from the majority of fallout this policy will likely entail, although this is probably to act as an extension of life-support rather than sign of a high-street revival.

Lesson #3: Is the console exclusive dead?

For many years your choice of console was often decided by what kind of games you’d want to play. Lara Croft, Mario, and Sonic all championed their respective manufacturers in what could now be considered a more straightforward age for console gaming. In recent times console exclusives have been largely focused on downloadable content, with Microsoft having lucrative deals in place with publishers such as Activision (Call of Duty) and Bethesda (The Elder Scrolls V: Skyrim) to release their DLC on the Xbox 360 first. This trend is likely to continue due to the homogenization of console hardware (both consoles are now based on PC architecture), making it easier to develop for both systems concurrently. Microsoft and Sony have saved millions on research and development by taking this approach, which will likely mean more money spent on DLC exclusivity deals. With publishers keen to widen their market to the most consumers possible, it is likely that console differentiation is going to remain in the realm – an annoyance for the consumer that is likely to be offset by the benefit of greater choice.

The exclusive has not completely died, with 13 titles including Xbox studio releases Halo 5 and Forza Motorsport 5 appearing exclusively on the Xbox One. Sony also announced 12 exclusive titles in development, including additions to Sony Computer Entertainment’s (SCE) Killzone and Gran Turismo franchises. While the console exclusive is unlikely to disappear (largely due to the studios that Microsoft and Sony own) it is apparent that the release of Xbox One and PS4 will feature the least number of exclusives ever — a summation of a declining trend. The wider ecosystem now appears to be the more important differentiator, an area that Microsoft has heavily invested in with the introduction of Blu-ray (a format previous exclusive to the PS3) and TV integration in the Xbox One.

Lesson #4: Subscription models are here to stay… but not as a monthly contract

Prior to E3, numerous rumors pointed to Microsoft using a smartphone-like subsidized model for the new Xbox One — selling the console at a lower base price along with a monthly contract. As it turns out Microsoft has remained with the pricing model that has served it since the launch of the Xbox 360 in 2005, with a paid Xbox Live Gold subscription only necessary for multiplayer and additional content. Sony has now followed suit in charging for online multiplayer on the PlayStation Network (a feature that was free on the PS3), an announcement that has been met with a degree of ambivalence, suggesting that consumers are now resigned to the fact that paying for these services is now the norm.

As it stands, it’s evident that Sony — and to a lesser extent, Microsoft — understand that while the game console has the potential to be the hub of a living room entertainment system, it isn’t quite there yet. It is conceivable that both manufacturers will start to test the water to this arena by offering more expensive subscription packages offering enhanced inclusive content and services with free access to game, music, and movie libraries. If this trend continues, and the PS4 and Xbox One are likely to be sold as entertainment hubs rather than games consoles, the question is whether consumers are ready for another subscription package (alongside their phone, tablet, and cable or satellite television) in their living rooms.

Tom Shadbolt’s career in research has seen him specialize in branding and communications. A computer-gaming enthusiast, he closely follows the latest developments in the gaming industry, and he brings his passion into working with GfK’s gaming and technology clientele.