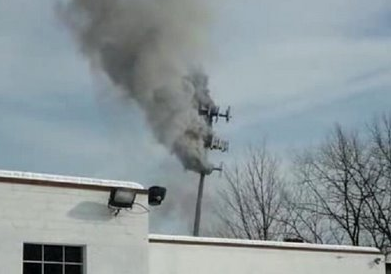 Apple discussed two new features for the iPhone today at its developer conference that many people have been wanting for a long time. One is tethering, where you can access the internet on your computer through your phone’s connection (which hadn’t been announced before). The other is multimedia messaging, or MMS, which lets you send media like audio or video within text messages.

AT&T, the exclusive carrier of the iPhone in the United States, will not be able to provide these two features yet, because it has not managed to build out its mobile network to support the additional demand. This is even though 29 other carriers around the world will support MMS and 22 will support tethering when the new features go live on June 17. AT&T will get MMS sometime later this summer and tethering who knows when after that.

This is another public black eye for AT&T’s beaten-up reputation. The surge in iPhone users over the past couple of years has already overwhelmed its network, as myself and basically every other iPhone user can attest to. Go anywhere, try loading a web page, and see what happens. I recommend bringing a book to read or something else while to do while you wait for the page to load. If you’re in a busy location — say, working in the VentureBeat office next door to AT&T Park, during a Giants game — bring a hankie for your tears of frustration.

I’m willing to guess that this isn’t just an issue having to do with surging iPhone demand, but rather with AT&T’s struggles as a company. As an AT&T internet subscriber, I can vouch for the irregularity of that service. So can most other AT&T customers I talk to.

Perhaps the inability of AT&T keep up with Apple will finally lead the latter company to cut deals with other carriers.