When you first boot up your PlayStation 5, you should immediately start playing Astro’s Playroom.

This 3D platformer comes installed on every PlayStation 5, which comes out on November 12. After playing it, I understand why Sony did this. Astro’s Playroom is a showcase for the PlayStation 5’s major new features, including its DualSense controller and solid state drive.

But even without that jazz, Astro’s Playroom stands out as an adorable experience packed with a ton of charm and love, especially if you’re a fan of the PlayStation brand.

Showing off that new controller

More than anything else, Sony studio Asobi Team designed Astro’s Playroom to show you why the PlayStation 5’s DualSense controller is so cool. When you start the game, it begins with a short tutorial explaining this new gamepad’s features. Then Astro’s Playroom goes wild, showing how these ideas transform into neat game mechanics.

For example, adaptive triggers are a big part of the DualSense. These allow the two back trigger buttons to offer different degrees of resistance. In Astro’s Playroom, you can find a bow and arrow. Like in most games, you push down on the trigger to aim the bow, and then release to let an arrow loose. But that action feels so much more satisfying when you have to push down on that trigger just a bit harder to fight that resistance, replicating the sensation of a tightening bow string. 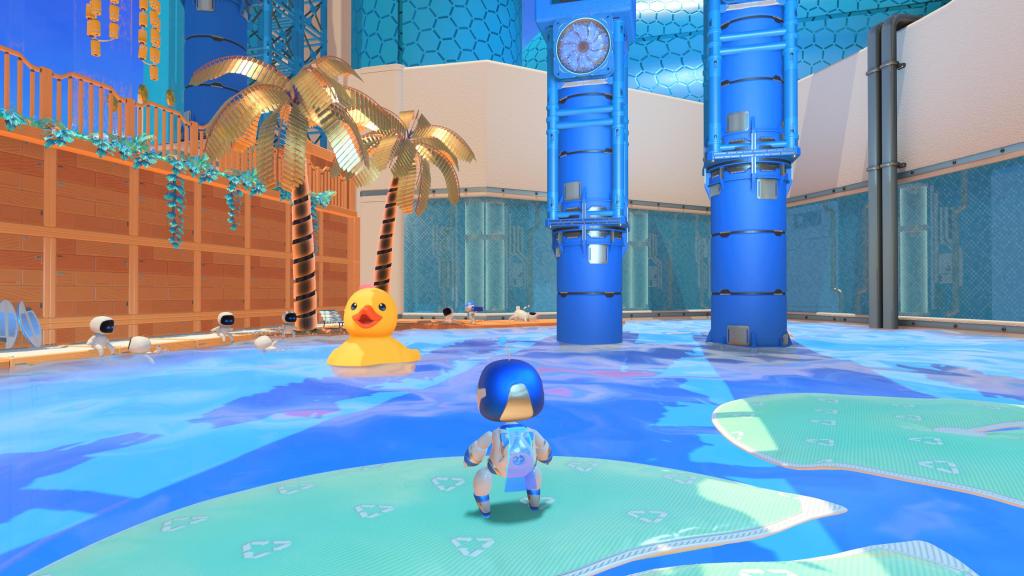 The DualSense also has haptic feedback, which is a fancier kind of controller rumble. It’s capable or more complex and variable kinds of shaking. When Astro is just walking around, you’ll even feel the slight vibrations of his footsteps via the controller. This can even get more intense based on what surface he’s walking on. The shaking can also get pretty strong, like at one part when you’re walking against a giant fan. It’s the most impressive display of controller rumble I’ve ever felt in a game.

Aside from the controller, you’ll also get to see that SSD in action. You can quick-travel to checkpoints from every level at any time. This process takes a few seconds. It’s stunning to see console load times this fast.

A salute to all things PlayStation

Astro’s Playroom is a technological showpiece, but it’s also a love letter to all things PlayStation. The game is set inside a PlayStation 5, with each of the four levels representing a different part of the console’s innards (like the cooling system or SSD). Each of these stages also corresponds with one of the past four PlayStation home consoles.

In Mario games, you hunt for stars. Here, PlayStation “artifacts” are the main collectibles. These are things like old PlayStation controllers and accessories. If you explore off the beaten path of these otherwise linear stages, you’ll find these artifacts hidden in interesting places. You’ll also discover puzzle pieces, which fill out a fun PlayStation mural. All of these collectibles show up in a special room where you can run around and interact with them. As someone who grew up as the PlayStation brand began and evolved, I loved seeing this game celebrate that history. 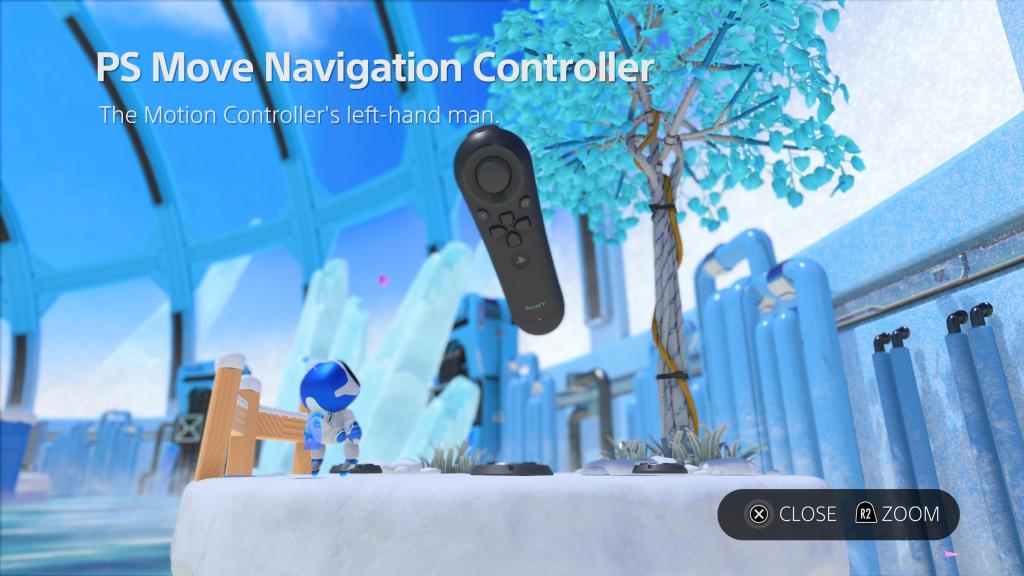 Above: Why collect stars when you can collect old video game controllers?

You’ll also find a ton of other PlayStation references. Other Astro Bots litter every stage, and some of them are dressed up as classic PlayStation characters, both from exclusive first-party games and third-party franchises that you’d probably associate with PlayStation.

The PlayStation love doesn’t end there. Those classic PlayStation button icons litter every level. If you look closely, you’ll realize that the rope you’re balancing on is actually a PlayStation controller cord. There are a ton of fun details like this.

Is it a full game?

I had a blast playing Astro’s Playroom. I just wish it was longer. Like I said, the game only has four main levels. These are meaty stages, and you can have fun hunting down every collectible. You can also unlock speedrun variants of these stages, which lets you compete with online leaderboards. But this is still a short game.

It’s hard to be too critical about the game’s length when it’s free. But, darn it, if Astro’s Playroom was twice as long, it could have been my favorite game of the year. It’s just so clever. I would have loved to have seen just how wild the adventure could have gotten. 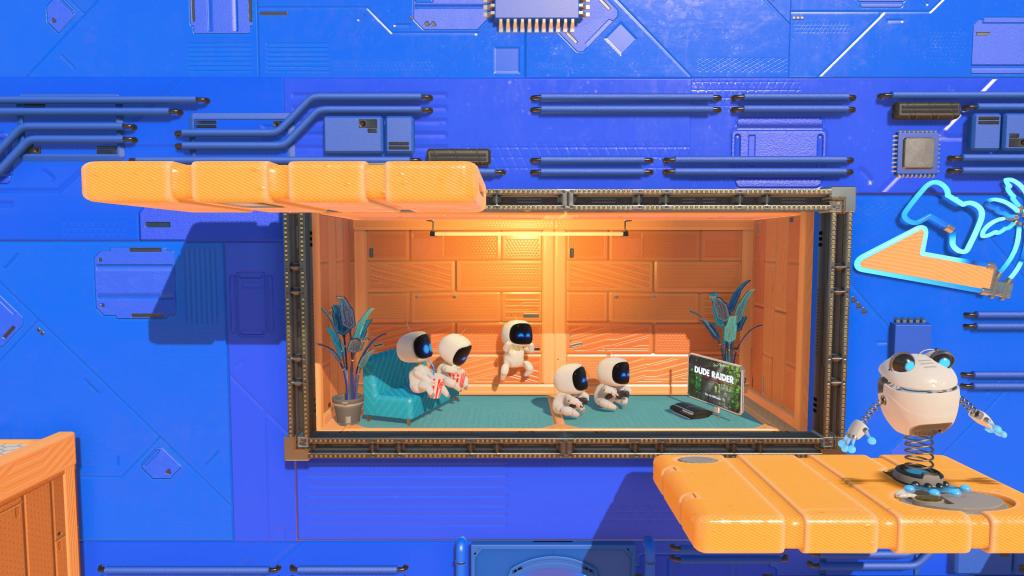 Above: Wait, what are those guys playing?

Play in this playroom

Aside from wishing it was longer, Astro’s Playroom is an easy recommendation. I mean, if you have a PS5, you have this game anyway. Just play it!

I love 3D platformers. You don’t usually see this kind of charm and polish in the genre unless it has Mario’s name attached to it. Granted, Astro isn’t as acrobatic as our favorite Italian plumber. He has a simple move set consisting of a jump, a hover, and some punches. But Astro’s Playroom never feels dull for a second thanks to its unbounded creativity.

It’s just a shame that it didn’t have a few thousand more of those seconds of fun to offer.

Astro’s Playroom comes installed on the PlayStation 5, which comes out November 12. Sony provided us with the disc drive version of the console for the purposes of this review.