Roblox has created a major user-generated game platform with 60 million users. Now it is expanding to its fourth major platform with the launch of Roblox Mobile for Android.

The Google Play free-to-play app will make it possible to create and play games with other players in the virtual game world of Roblox. Roblox is a Lego-like world filled with block characters and environments created by the players themselves. It has become a destination for kids and teens who want to create games that others can play. With the Android app, players can interact, play games, and chat with friends, regardless of operating system. The Roblox site is the No. 1 entertainment destination on the web for kids and teens with 3 billion page views a month and 60 million engagement hours each month.On a monthly basis, it has 4.3 million players and 10 million to 15 million unique visitors. 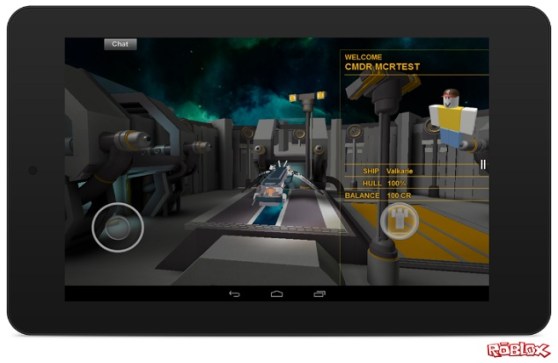 Above: Roblox for Android

Roblox is already available on the PC, Mac, and iOS. Players can access Android-exclusive virtual items as well as Robux, the Roblox virtual currency.

“We’ve finally done it,” said David Baszucki, CEO of Roblox. “Users have wanted it for a long time. Based on our internal schedule, we finished it three months early.”

Baszucki said that the company launched on iOS 18 months ago. It has been beta testing the Android app in Canada.

“This was hard to do because we got all of the games running with multiplayer. They’re in the cloud, with destructible physics, and can be accessed simultaneously,” Baszucki said.

Roblox has about 120 employees, including 80 or so in San Mateo, Calif. Roblox has seen rising activity, and it is helping players make money with their creations through the Developer Exchange Program, which allows developers to make money by exchanging virtual currency earned from their Roblox games for cash. The program has paid out more than $315,000 to game creators so far. 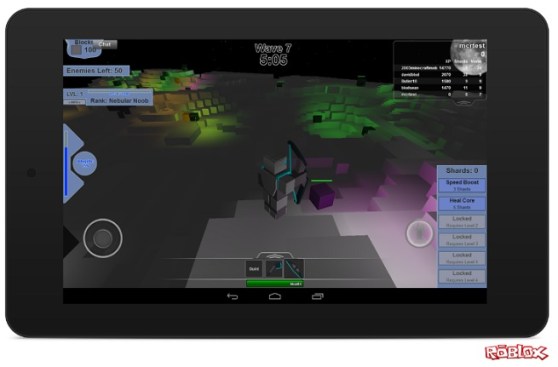 Above: Roblox on Android