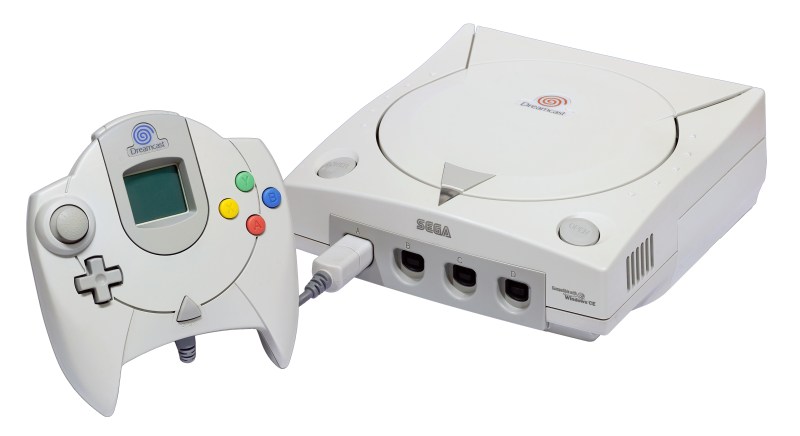 Above: The Sega Dreamcast featured a controller with a small screen that doubled as a memory card.

GamesBeat: I remember the award show where Martin Short made the joke about how Bernie Stolar has worked at every company in the business. What would you say you’ve learned from working at so many game companies?

Stolar: To me it’s about the team and the product. If you don’t have the right team, you’re not going to win. If you look at what I did at Sega, I basically fired all the senior people from sales and marketing and brought in a whole new team. I brought in Peter Moore, who’d worked with me at Reebok. When I brought Peter in, Hayao Nakayama said to me, “Why am I hiring a shoe salesman?” I said, “I don’t care about that. I believe that he understands how to build a brand. I want to rebuild this brand, because right now we’re showing the consumer that we’re losing. We need to show them that we’re a winning company.”

He agreed with me finally, and so Peter got the job. Now he’s COO at Electronic Arts. I brought in Chris Gilbert, who didn’t work for a game company either. Now Chris is EVP for marketing and sales at Namco Bandai. I think I brought in some good key people. What’s important is that with the right team and the right product, you can build a good company. I think that’s what I’m best at.

Above: Bernie Stollar was fired from Sega before the Dreamcast bombed.

Stolar: Jack Tretton was hired as the VP of sales when I was at PlayStation. Jack was there for almost 19 years, and I thought he did a great job helping structure the company. All of a sudden Andrew House and some of the Japanese individuals there—He was a retail person, not an online person, so they pushed him out. Shawn Leydon is an online person, but what have they done online? What have they really built? The problem, to me, is that Jack understood online. It’s not a technology you can’t learn on the job. They just didn’t want to pay his salary anymore. 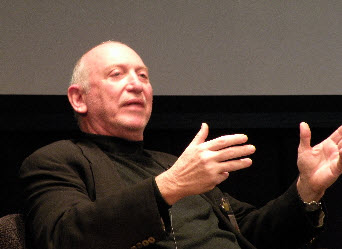 GamesBeat: Sony became remarkably stable for a time, a sort of rarity in the game industry.

Stolar: I’ll give you an example. When Sony came out, Ken Kutaragi was the founder of PlayStation. It was Ken’s idea. What Tom Kalinske didn’t understand, when he had meetings with Micky Schouloff, he didn’t realize those guys weren’t creating the hardware that was going to come out. They had nothing to do with it. They were in charge of North America only. When Micky went and bought Guber Peter Productions and Sony lost close to $2 billion, that’s when he and Olaf got fired. Then it just trickled down.

I remember talking with Trip Hawkins on the phone once when I was running third-party. Trip said to me, “What does Sony know about the gaming business? You guys are crazy. This is never going to be successful.” I said, “It’s not a matter of Sony knowing about the gaming business. Sony’s hiring the right talent to run the business. We all come out of games. We have technology that’s going to beat whatever you have.” And that’s what happened.

It was Ken’s technology. The thing with Ken was, there was a separate board of directors running PlayStation within Sony. Mr. Maruyama was on board, and so was Ken. They called the shots. I had to go to Japan one week out of every month to discuss what we were doing. When Steve was president and we went to the first E3, Steve built an E3 booth that Ken Kutaragi hated. Ken told Steve to fire the marketing head and Steve got in a fight with Ken, but the marketing head did get fired. The rest was history. Steve got fired a little later.

What Tom did, it had nothing to do with what was going to take place with the PlayStation in the United States. They were just heading up North America. But they weren’t the ones running the hardware or the software of the PlayStation. If you recall, Sony bought two major development firms – one in the U.K. and one in Salt Lake City, Utah.

GamesBeat: People sure did get fired a lot in those days. How do you look back on your own experiences there? What was it like for you, and what advice would you give?

GamesBeat: It was a very turbulent period in console gaming. That Console Wars book captured a lot of that. I think Tom Kalinske played a big role in that book, which focused a lot on Sega of America and the Genesis.

Stolar: There was a time where Genesis and Nintendo were going head to head. Tom ran a good business. Unfortunately the industry was changing. Tom wanted to go in certain directions and the Japanese wouldn’t allow him to do that. That’s when he left.

GamesBeat: What are some of your memories of that period?

Stolar: I loved working for Sony. I really did. But when the opportunity came up to go to Sega and help rebuild the business and come up with new hardware, I was very interested in doing it. I wouldn’t have left Sony if I hadn’t also lived in fear of getting fired along with everyone else, though. Remember, the day I left, [name – 15:50] was fired.