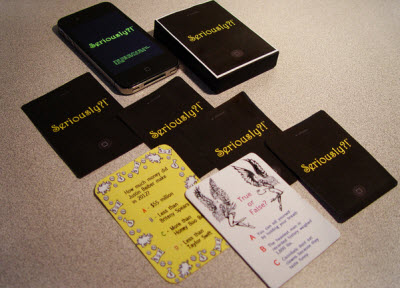 Alcorn has teamed up with Silicon Valley game veteran Roger Hector (who has worked on more than 100 titles, including Sonic the Hedgehog and Madden NFL Football) to form a new company called uGetit. They’re trying to raise $100,000.

“It’s a perfect project for Kickstarter”, said Alcorn. “And played with a special deck of cards, it promises to deliver a very fresh and fun experience to the mobile platforms.”

Seriously?! will come with the deck of cards and uses augmented reality to work with the gaming app on an iPad or iPhone.

By holding a card over the phone, you can tap into voice-driven virtual assistants such as Siri in Apple’s iOS devices. The phone recognizes a code on the card, and then it spits out the answer to a question. In the Kickstarter video, one player asks a question from a card, “True or false: you can kill yourself by holding your breath.” Another player says yes. But after the card is waved over the iPhone, Siri responds, “I know it sounds weird, but that’s a load of crap.”

You can submit your own pop culture trivia questions and answers to uGetit. The team may use your question-and-answer on a card if it’s funny enough.

“This is a game you can play with your friends a very real virtual character,” said Hector. “We’re planning very cool bonus games and special effects and celebrity virtual characters that will make you laugh.” The video includes a cameo from Nolan Bushnell, founder of Atari and the man who approved Alcorn’s Pong game back in 1972.

Alcorn is a Silicon Valley icon. He left Atari in 1981 and advised startups such as Catalyst Technologies. He worked at Apple, and in 1998 he co-founded Zowie Intertainment, which was purchased by Lego. In 2011, he cofounded the Hack the Future tech festival. 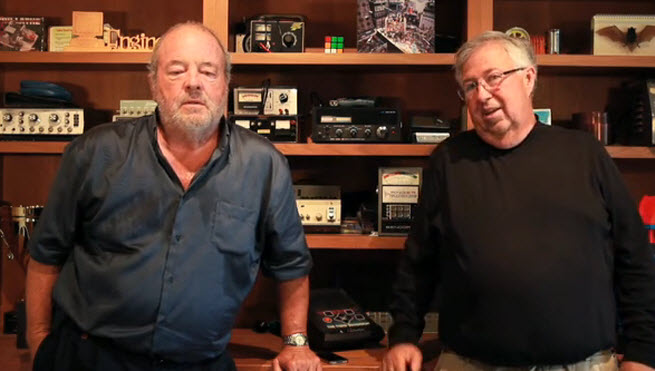