AtariQuest is an interactive novel based on the retro gaming trend, as it is set in the world of Atari 2600 console games.

The Atari 2600 era lasted from the introduction of the console in 1977 until 1993, and the console lives on in the Atariverse since the games are playable on some modern hardware as well as emulators on the internet.

When it comes to fan fiction, this is pretty fantastic. Melvin Missile, the pseudonym for the gamer who created AtariQuest, said in an interview with GamesBeat that it is based on all 400-plus first-party and third-party games that were published during the lifespan of the Atari 2600 game console.

The novel will have 444 chapters (some chapters cover the same game more than once), with one chapter dedicated to each game. Not only does it provide fans with a chapter dedicated to the gameplay of each game, it also poses a gameplay challenge. Players can solve those challenges playing on Atari 2600-capable systems, such as the Atari VCS, working 2600 systems, or Atari 2600 emulators. 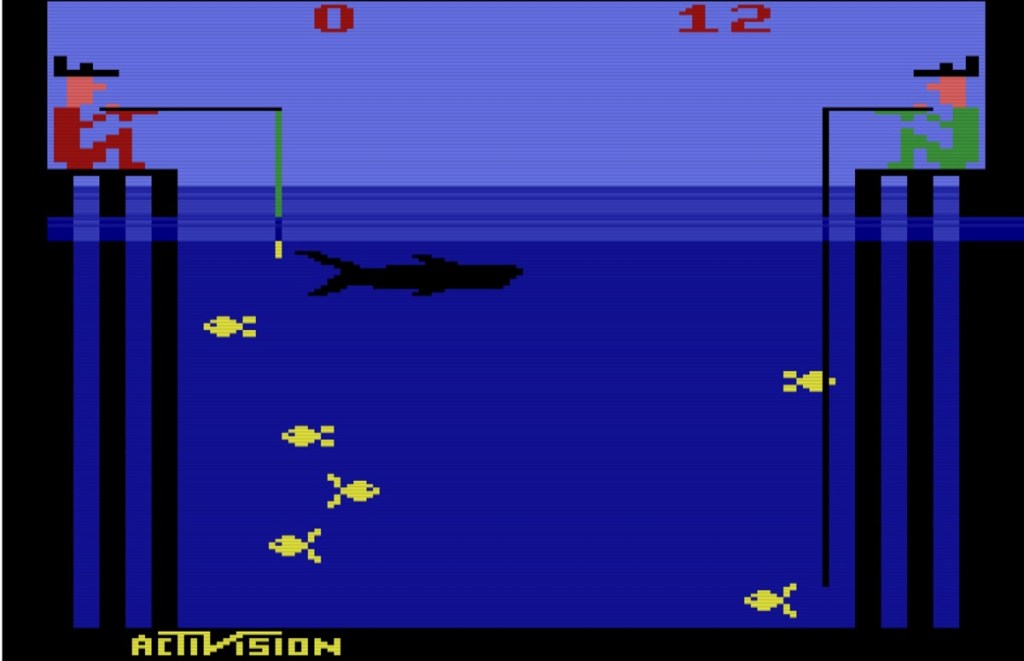 Above: Fishing Derby is the first game in AtariQuest.

And each chapter has a challenge where the player has to upload a video of the completed achievement in the game. And that unlocks a new chapter. So far, players are on chapter two, but eventually they will be able to unlock all the chapters, Melvin Missile said. It comes out to about 400,000 words, which the author said is perhaps two-thirds of the length of The Lord of the Rings.

“I’ve been a lifelong fan of Atari Games,” said Melvin Missile. “Over the years, I started collecting them.  When I was a kid, I never really thought of them as separate games. It was always like one connected universe in my mind. And I just kind of abstractly thought about it that way.”

Melvin Missile added, “And as I got older, I always found myself ideally thinking about ways to connect them up. And I thought about on and off for years.”

About four years ago, Melvin Missile started thinking more seriously about it and started working on the interactive novel. 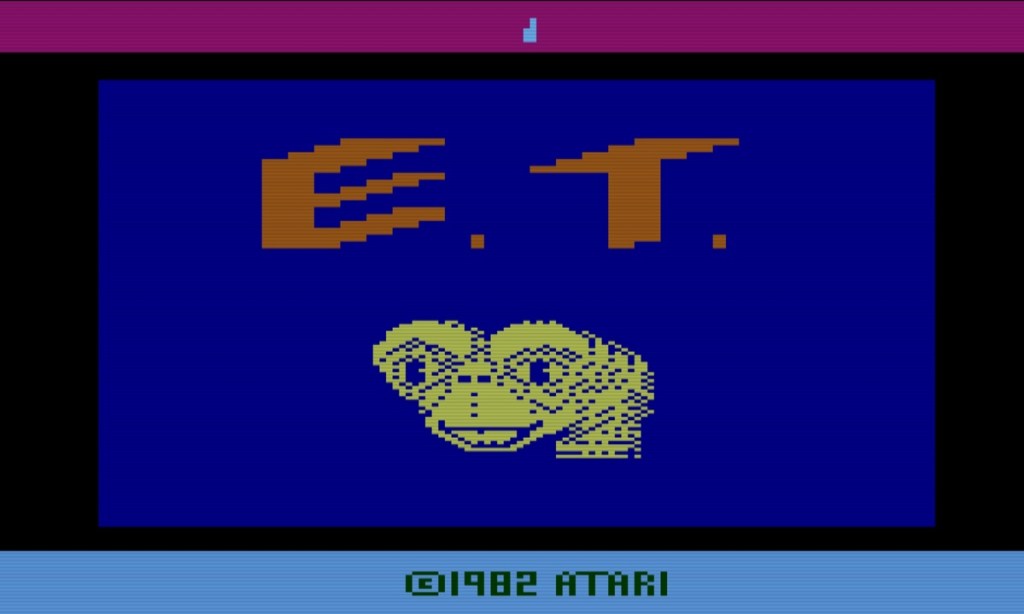 Above: E.T. The Extra-Terrestrial may have been the worst game of all time.

The sheer breadth of knowledge that this takes is what’s incredible about it. Not only did Melvin Missile have to collect and own each of the 400 or so games published for the Atari 2600 (and there is an explanation for what qualified), but the creator also had to have played and beaten those games in order to write the chapters and come up with the gameplay challenges. The theme is about recovering your memory, particularly of the old video games that you played in the past.

And here’s what is also unique. It is an act of pure fan fiction, as there are no ads on the web site and there is no fee for accessing the novel. The fans who post the videos are eligible to be listed in the leaderboard for the web site. The first three people to post that they have completed a challenge will be on the leaderboard. It sounds like the contest in the plot of the novel Ready Player One.

Melvin Missile said, “I want to find a way to get this out there for anybody who cares to engage with it. It’s really just an art project that I’m hoping people will like. The part I am really proud about is all the fun ways the games are connected together.”

The prologue reads like an old text adventure (in “second person” using “you” as the character), describing what you see as a visitor to a yard sale full of old things. The first chapter takes you into the world of the Atari 2600, as a pixelated avatar. It introduces you to the character Melvin Missile and then asks you to plug your Fishing Derby game into your console. Each chapter so far is pretty short, just a page or so of reading. The second chapter moves on to Breakout.

For the Breakout game, here’s the challenge: “Place the Breakout cartridge into your Atari 2600. Set the Color/BW switch to BW. Use game selection 1, and set the left difficulty switch to b. Play until you have 864 points. Post a link to a video in the comments section of yourself completing the challenge.”

I asked Atari’s current leader what he thinks of this fan fiction. (Atari doesn’t know who is creating it.)

“It’s always inspiring to see the creative ways in which our fans honor the Atari legacy and help their favorite games live on in new and inventive ways,” said Atari CEO Wade Rosen, in an email to GamesBeat. “Not only is AtariQuest creative but it encaptures the spirit of Atari with its thoughtful storytelling and focus on fun.” 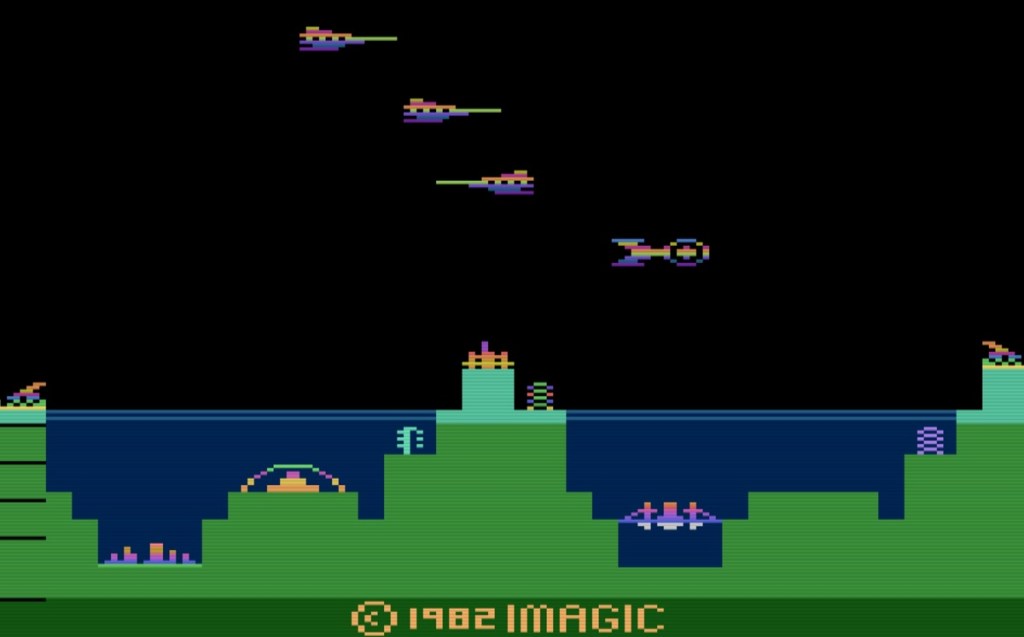 Melvin Missile said the challenges are for anyone who considers themselves to be solid retro gamers.

“If you can beat all of these challenges, you are definitely the ultimate Atari fan,” Melvin Missile said. “The whole thing is actually playable.

“It’s fan fiction, technically,” Melvin Missile said. “It’s a kind of strange fan fiction because it spans so many things. I just love the Atari games.”

Admittedly, some of the games are terrible. But the story should be unique for every player, as it will be based on their own playthroughs. Like me, Melvin Missile felt like playing through a video game was like creating your own story, as you were the only one who played the game a certain way. And that’s why Melvin Missile asked people to upload videos of how they beat a challenge.

In playing so many games, Melvin Missile learned some things, like how often strange orange helicopters show up in the games. Melvin Missile learned all about the “Easter eggs,” or secret surprises that developers embedded in the games. For instance, E.T. the Extra-Terrestrial game, has a surprising number of Easter eggs considering it is viewed as one of the worst games of all time. 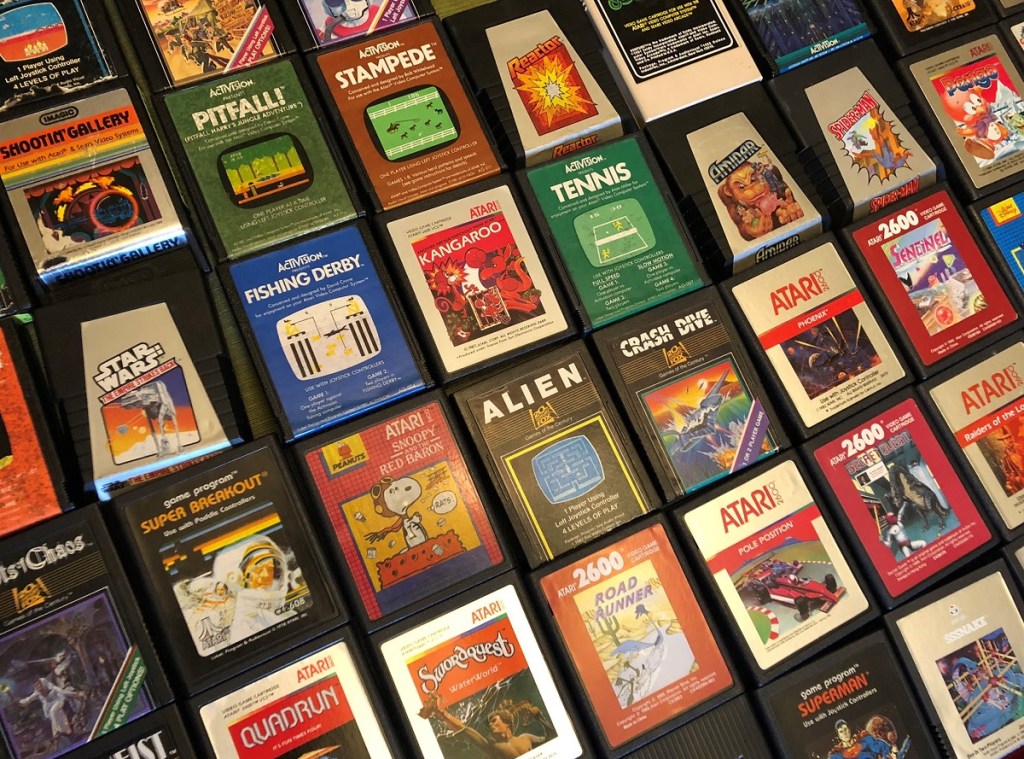 Melvin Missile hopes the novel spreads in a viral way among Atari fans. While very few people know about the web site so far, fans have already unlocked the second chapter.

There are no prizes for the leaderboard.

“I’m mainly interested in attracting people who care about this for the sake of the games,” Melvin Missile said. “I felt like the the fun of playing and the glory of being immortalized on the leaderboard would be inducements enough for the right people.”