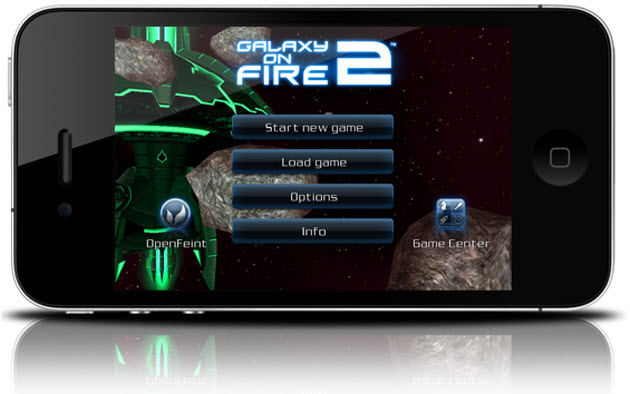 When Apple launched its Game Center social platform for iPhone games, it looked like a supporting tool such as the OpenFeint platform was doomed. That’s because OpenFeint, a social game platform built by the startup formerly known as Aurora Feint and now called OpenFeint, did much of the same thing as Game Center, socializing games so that users would make friends and play more.

But it turns out that iPhone game developers have not only embraced Apple’s Game Center, which offers features such as leaderboards for games, developers have also continued to use OpenFeint on top of Game Center. That’s because Open Feint has features that the developers can’t live without, said Peter Relan, chairman of Burlingame, Calif.-based OpenFeint, in an interview. Not only is the game platform surviving, it’s thriving.

In essence, OpenFeint and Game Center are both attempts to duplicate Microsoft’s success with Xbox Live, the social online game service that sits on top of the Xbox 360. The iPhone needs its own social platform so that users can play multiplayer games with their friends, discover new games, and recommend games to other players. With Game Center, Apple is trying to build that functionality directly into the iPhone platform, dubbed the iOS. But OpenFeint was there first, and now it is hard to dislodge.

OpenFeint is owned by Relan’s incubator, YouWeb, whose portfolio has a reported value of $1 billion. YouWeb also owns social gaming startup CrowdStar, cross-platform social game firm Sibblingz, and Flash-based iPhone app maker iSwifter. According to Forbes, OpenFeint’s value is $400 million, based on an estimate from Relan. 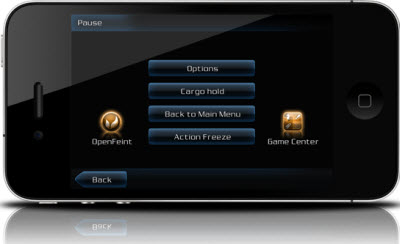 Relan said that more than 300 top iPhone game developers now use both OpenFeint and Apple Game Center in a kind of one-two punch. Filshlabs’ Galaxy on Fire 2, for instance, has become the top paid iPhone app and it uses OpenFeint’s social features and Game Center’s leaderboard service. By using both platforms, developers can maximize how much their games can spread and how much money they can make from them.

“We have successfully moved above the Apple stack,” Relan said, meaning that OpenFeint is a platform that sits on top of Apple’s platform.  “We are very pleasantly surprised. The beauty of achieving scale (a lot of momentum) is the market decides. Not you, not me, not Apple. Rumors of Apple Game Center hurting OpenFeint are greatly exaggerated.”

OpenFeint has features that Apple Game Center doesn’t have, including a network save card, action replays, challenges, messaging and developer announcements. With messaging, friends can send messages to each other in real time. And with developer announcements, OpenFeint opens a direct communication channel between the game player and the developer. When a gamer reviews a game, for instance, the developer can respond to it. You can’t do that in Game Center, Relan said.

“We used Game Center and OpenFeint’s social features to push Galaxy on Fire 2 to the top of the Top Grossing charts in iTunes in less than two weeks,” said Michael Schade, chief executive of Fishlabs. “OpenFeint also provides special features that keep hardcore gamers engaged. Using their network save card option our players play Galaxy on Fire 2 on multiple devices without losing progress.”

Relan said, “We have something so fundamental to developers and they refuse to give it up. The fundamental thing we have is a direct channel from the player to the developer.”

Of course, it’s possible that Apple will add more features to Game Center in the future. But OpenFeint has a lot of momentum behind it. Since Game Center launched in April (and formally in September), OpenFeint has more than doubled its user base from 22 million to 50 million users. Those users have activated OpenFeint in more than 125 million game downloads in the past seven months. OpenFeint has 14,000 developers who are making games with the OpenFeint software development kit. There are 3,800 OpenFeint-enabled games, up 119 percent since GameCenter’s launch.

Relan said that games which use OpenFeint have a strong retention rate. The OpenFeint platform is free for developers, but they share revenue with OpenFeint if they use the OpenFeint X platform, which includes virtual currency used to purchase virtual goods in games. About half of its gamers come back to the game at least once a month. OpenFeint’s investors include DeNA, Intel Capital, and The9.