This is the day — October 21, 2015 — that Marty McFly and Doc Brown traveled to in Back to the Future Part II, and the series is still incredibly relevant to gaming. Telltale has released an updated version of its episodic adventure game based on the franchise, Lego Dimensions has a whole set themed to the movies, and you can even buy a Delorean in soccer-meets-cars game Rocket League.

GamesBeat talked with Bob Gale, who co-wrote the series along with director Robert Zemeckis. He also worked on the Telltale games. We discussed Back to the Future’s enduring legacy, how he created a futuristic 2015, and why those early Back to the Future games were so bad. 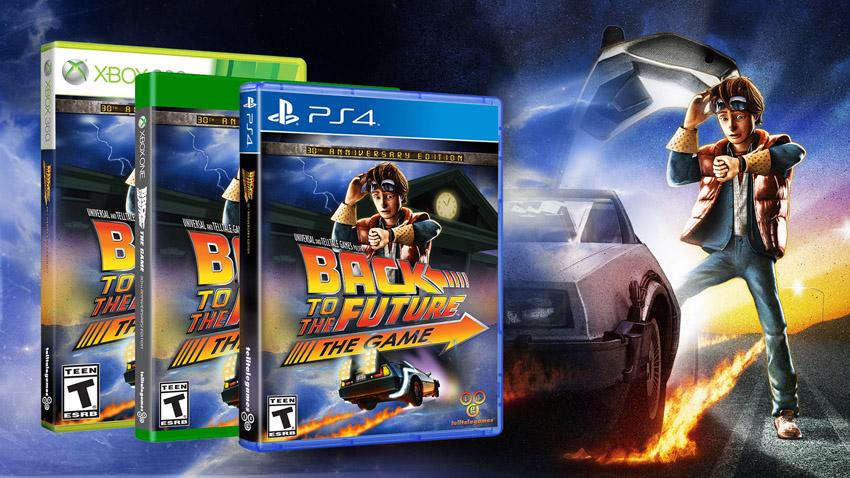 Above: Back to gamers’ hands.

GamesBeat: One of the big features of this new version of the Telltale game is that Tom Wilson, who plays Biff Tannen, is back to do audio for it. How were you able to get him to come back? Why wasn’t he in it originally?

Gale: I know we approached him originally. Tom is — I think it depends on what day you ask him. Of course he was paid, like everybody was paid, to do this stuff. I don’t really know why he said no the first time and now he’s saying yes. I haven’t talked to him about it. Tom is very private about what he does regarding Back to the Future. He kind of turned it all off around 2002. Every once in a while, he surprises us and does something. When the guys at Telltale told me that Tom was coming back to re-record this stuff, I was as astonished as you.

GamesBeat: How do you write a game sequel to a movie like this? Is it more about creating new ideas or revisiting things from the movie?

Gale: One of the reasons Telltale was the perfect fit to do that game is that they’re really character-focused. People ask me all the time about the longevity of Back to the Future, why people still like it. One reason is that the characters are well-drawn, performed by the greatest cast you could imagine interpreting those characters. Telltale’s approach is character comes first.

I remember in the very first meeting I had with Telltale, they were presenting me with some ideas their characters came up with. They had the game starting off in the year 2011, which was the present day when the game would come out, involving Marty’s kids. I said, no, no. People want to revisit the characters they loved in the movies. That means we have to set the game in a close-enough time period to the movies where Marty McFly is still the Marty we all know and love. That piece of guidance — I started talking about some of the ideas Bob Zemeckis and I had kicked around for the sequel, one of which was to go back to the childhood of Emmet Brown. That was the big idea that resonated and made the most sense. We’ve seen the youths of Marty’s parents. Let’s see the youth of Emmet Brown. And it took off from there.

I’m no stranger to video games. I’ve played them since Pong was in the arcades. I bought an Atari 2600. I’ve been playing games since then. I was as aggravated as everyone else back in the 8-bit days at those really godawful Nintendo Back to the Future cartridges that came out. I presume you’ve seen the YouTube video of the Angry Nintendo Nerd. It’s great. Everything he says is absolutely correct. I actually publicly did some press telling people not to buy it. It was so crappy.

So the idea that Telltale was coming from the exact right place — saying, OK, we want this to feel like Back to the Future, we want this to be true to the spirit of the movies — those guys were great. They came up with a lot of great ideas. Some people complained about the game, saying it was too easy, but it’s not an intensive, Grand Theft Auto kind of game, or Call of Duty, or any of those really intense types of games. That’s not what it’s supposed to be. There’s enough gaming in it; the puzzles are challenging enough. But it still has to be Back to the Future. Telltale’s approach is to tell tales, like I say, and get involved with the characters. 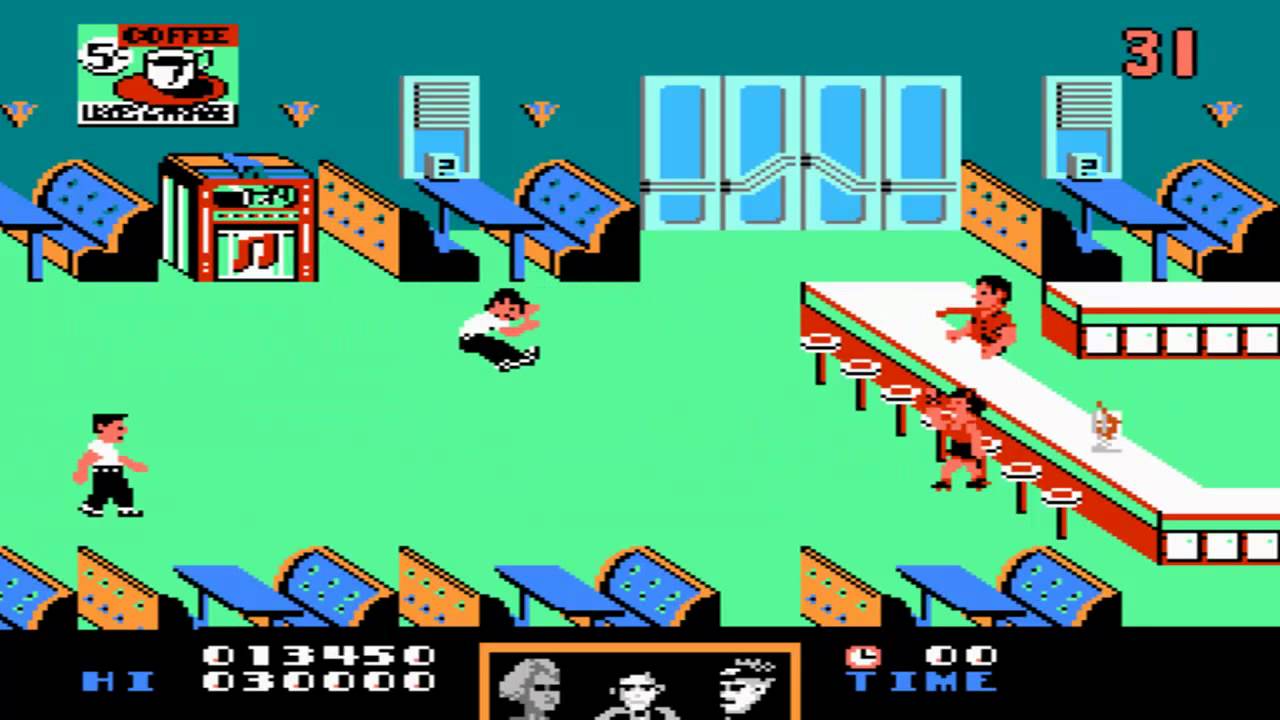 Above: The NES Back to the Future game was like a pie to the face.

GamesBeat: You have this history of being involved with these movie-to-game adaptations. It sounds like back in the day, you didn’t have much of a say in what was going on.

Gale: Back then, they came out with the first game, which was absolute godawful. That was LJN Toys. Universal owned stock in them. When I heard about it, I said, hey, I’m a gamer, I’m playing all the cartridges out here, I know my ass from a hole in the ground about this stuff. When they said LJN, I said, what are you talking about, LJN? They’ve never made a good game. We should be talking to Konami or Sega or somebody who knows how to make a video game. They said, well, no, Universal has a deal with LJN. We own part of the company. Oh, all right, that’s why we’re doing this. That’s another reason why the game was crap.

Then they did the sequel games and signed on with Acclaim. I’m thinking, OK, maybe this will be better. I said, let me talk to these people. The attitude was, you’re from Hollywood. You don’t know anything about video games. We know what we’re doing. What they ended up doing was subcontracting this game out to some company in New Zealand that had some platforming game that they hadn’t been able to figure out. They added some Back to the Future graphics to it and said this is Back to the Future. I’m looking at it and saying, this isn’t Back to the Future. Why is Marty McFly jumping up to grab cherries? What does that have to do with the movie? They had one or two time-travel ideas in it, but the game wasn’t all that much better than the first time around. I was relieved to have the Telltale guys all be big fans of the movie, and they wanted to get it right.

GamesBeat: I remember renting Back to the Future III for the Genesis. I could never get past the first level, which was Doc Brown on the horse. I just kept dying.

Gale: That game was so ridiculously hard. The history of movies-turned-into video games is a pretty tragic one, I’ve got to say. It was always more about getting the game out to time it with the release of the movie than doing a good game. I remember a guy from the game industry, years later, he told me about a saying they had in the game business. He said, a game that’s late is only late until the day it ships. A game that’s crap is crap forever.

GamesBeat: I think that might be Shigeru Miyamoto, the Mario guy, who said that.

Gale: It could be. That sounds like something he would have said.