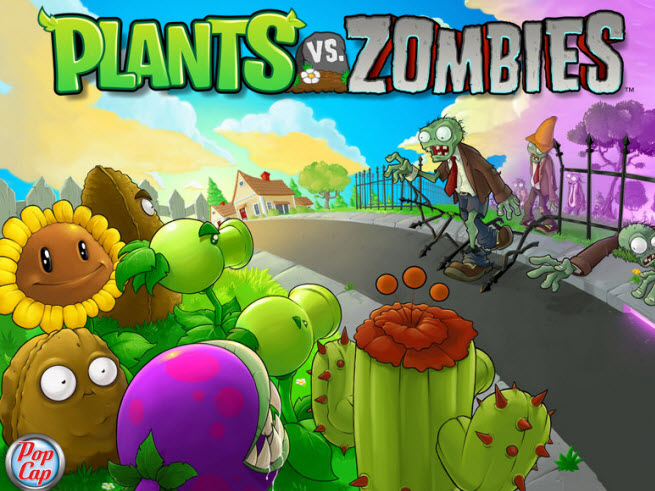 It’s a bad day in the game industry. Future Publishing announced the upcoming closure of the storied Nintendo Power magazine. Layoffs have been confirmed at THQ, Funcom, and now PopCap Games, the maker of the ubiquitous Plants vs. Zombies game.

John Vechey, the cofounder of PopCap (now owned by Electronic Arts) in Seattle, confirmed in a blog post today that his company is laying off 50 people in its North American operation, mostly in Seattle. The company is also evaluating the future of its office in Dublin, Ireland.

Vechey’s post is unusually free of corporate speak. There is perhaps no greater signal of disruption and change in the game industry than the fact that PopCap — which has a highly successful game in Plants vs. Zombies and announced its sequel yesterday — also has to change and lay off workers. Together with last week’s collapse of OnLive, which had 200 employees, it’s not a good time for the core game industry.

Vechey wrote, “‘Reduction In Force’ means that some people are losing their jobs. ‘Exploratory consultation’ means we’re talking to our Dublin team about the future of that office and whether we can find a path to improve our profitability in Europe without having to close the operation. Today’s news is something you expect periodically from a company in a fast-changing industry, but it sucks if you’re one of the people losing his or her job. These people are our friends and we don’t like doing this.”

He added, “We’ve made hard decisions before, even had cuts before – at this time in North America, there are about 50 people who will no longer work at PopCap. We’ve hired aggressively this past year, and PopCap is still growing. Even with the cuts, we expect to end the year with roughly the same number of people we started with.”

Vechey noted the dramatic change in the way that people play and pay for games. Free-to-play games, where gamers play for free and pay real money for virtual goods, have exploded. Mobile games are increasingly popular. Those changes are driving the changes at PopCap, and they mean it will cut jobs in some areas and hire in others.

Vechey said, “We’ve been able to invest in creative new games like Peggle and Plants vs. Zombies because we had a high-profit business. That business is challenged, and if we don’t adapt, we won’t be able to invest in new IP. That sounds harsh – but if we don’t stay in business, no more plants, zombies, jewels, frogs or worms.”

Vechey debunked speculation that PopCap’s parent company, EA, is behind the layoffs and is no longer allowing PopCap to run independently. He said that is not true.

“The founders, CEO, and executives who were in charge of PopCap still are,” he said. “The decision to reorganize was 100 percent made by us, with no pressure from EA. EA has a diverse business with games on consoles, PCs, and practically every other platform under the sun. We’re glad to have those resources supporting us when a lot of other independent studios are struggling. In addition, some of the people affected by the reorganization may be retrained and reassigned to other jobs in the EA studios. If we didn’t have EA behind us, the cuts would have been worse.”

Vechey said PopCap is expanding in mobile and social and to territories like Japan and China. Seattle-based DoubleDown Interactive, a maker of social casino games, says it has jobs open.