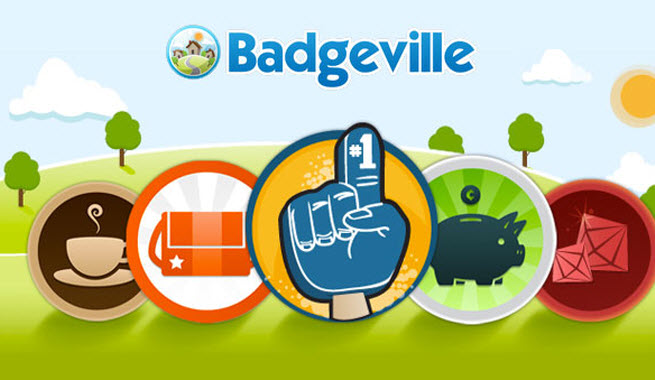 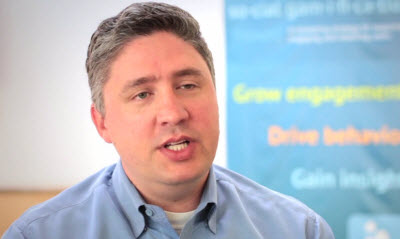 Buzzword or not, gamification, or the use of game-like rewards to engage customers and employees, is getting real. Badgeville, the creator of a popular gamification platform, has raised $25 million in a third round of funding.

The large amount of the funding suggests that the market for gamification is taking off, said Kris Duggan, chief executive of Menlo Park, Calif.-based Badgeville, in an interview.

Badgeville is a relatively new company in a new field. The company has 170 customers for its platform and they interact with the platform more than 3 billion times a month.

A year and a half ago, people searched for the word “gamification” on Google about 700 times a month. Now 3.3 million searches a month are done on gamification.

That kind of growth has drawn the investment from InterWest Partners, with participation by prior investors. To date, Badgeville has raised more than $40 million. That’s more than all of the money raised by other gamification companies altogether, Duggan said.

“In gamification, we have the most customers, the most deployments, the most resources, the most funding, and the most employees,” Duggan (pictured right) said. “This funding is a pretty big signal to the market that we are synonymous with gamification.”

“Badgeville solves an increasingly important business need: helping the enterprise understand and influence user behavior across every digital touch point,” said Doug Pepper, a partner at InterWest and a newly appointed member of Badgeville’s board. “By providing a true Platform-as-a-Service solution, the company has quickly become the leader in gamification — and also an unparalleled innovator in how businesses should approach user engagement, employee efficiency, and customer loyalty.”

He added, “Badgeville has all the indicators of a successful SaaS company: a highly sophisticated platform, a world-class management team, and a growing market.”

Launched in September 2010, Badgeville enables brands and big businesses to measure and influence user behavior. The company has six cloud-based frameworks, or templates for gamifying a company, for customers and employees. The clientele stretches across technology, retail, healthcare, financial services, hospitality, education, and employee performance management.

Rivals include Bunchball and Big Door. Gartner Research estimates more than 70 percent of the top 2000 global companies will have a gamified application by 2015. M2 Research, a game analyst firm, predicts that the gamification market will reach $2.8 billion in U.S. by 2016. Some have criticized gamification as a fad, but Duggan noted that a study by Pew Internet & American Life Project found that about 52 percent of  1,000 industry leaders believe that gamification will still be around by 2020.

The company has expanded its Behavior Platform into a service that measures and influences users across web sites, mobile, and the enterprise. Badgeville has 70 employees. Duggan said that the company’s real business results include raising user comments for one client by 500 percent, improving time spend on a site by 140 percent, a 60 percent increase in employee engagement, an 80 percent jump in user registrations,  a 600 percent gain in shop clicks, a 250 percent growth in training compliance, and a 2,000 percent surge in social shares.

“We’re finding that everybody needs better engagement for customers or employees,” Duggan said.