GamesBeat: How will you approach something like stretch goals? That was never really integrated into Kickstarter. It was kind of invented around Kickstarter. Will that be more built-in with what you’re doing?

Bailey: We do have stretch goals. One thing we’re trying to do, though, we don’t want to play this game anymore that’s like, hey, what’s your budget? Well, what do you think you can get? How do you get people excited to get to what you need? We’re trying to cut that out and just get people the money they need.

A lot of times people go to crowdfunding and then go to investor networks to get the rest of the money, or even go to publishers for the rest of the money. There will be stretch goals. Our first campaign, Outer Wilds, will have stretch goals. Their base goal is to get the game done. Their stretch goals add to that game experience. It’s going to be very much like what you’ve seen before, but it’s interesting now when you think about the component of adding, for instance, iOS. Now you have investors saying, oh my gosh, we could add iOS potentially to this game, and then they can put in more money to make that happen.

The first few stretch goals we did on Eternity, I’ll be honest, we just pulled them out of our ass. We made RPGs long enough that we could say, hey, throw in more classes and stuff. Because we had no idea we would make our goal so quickly. But then a lot of what we did is, we talked to people. We did a lot of talking to everyone that was supporting us. The cool thing about stretch goals is that they allow you to shape your game based on what you want to do, but also in concert with what people are excited about and what they talk to you about. 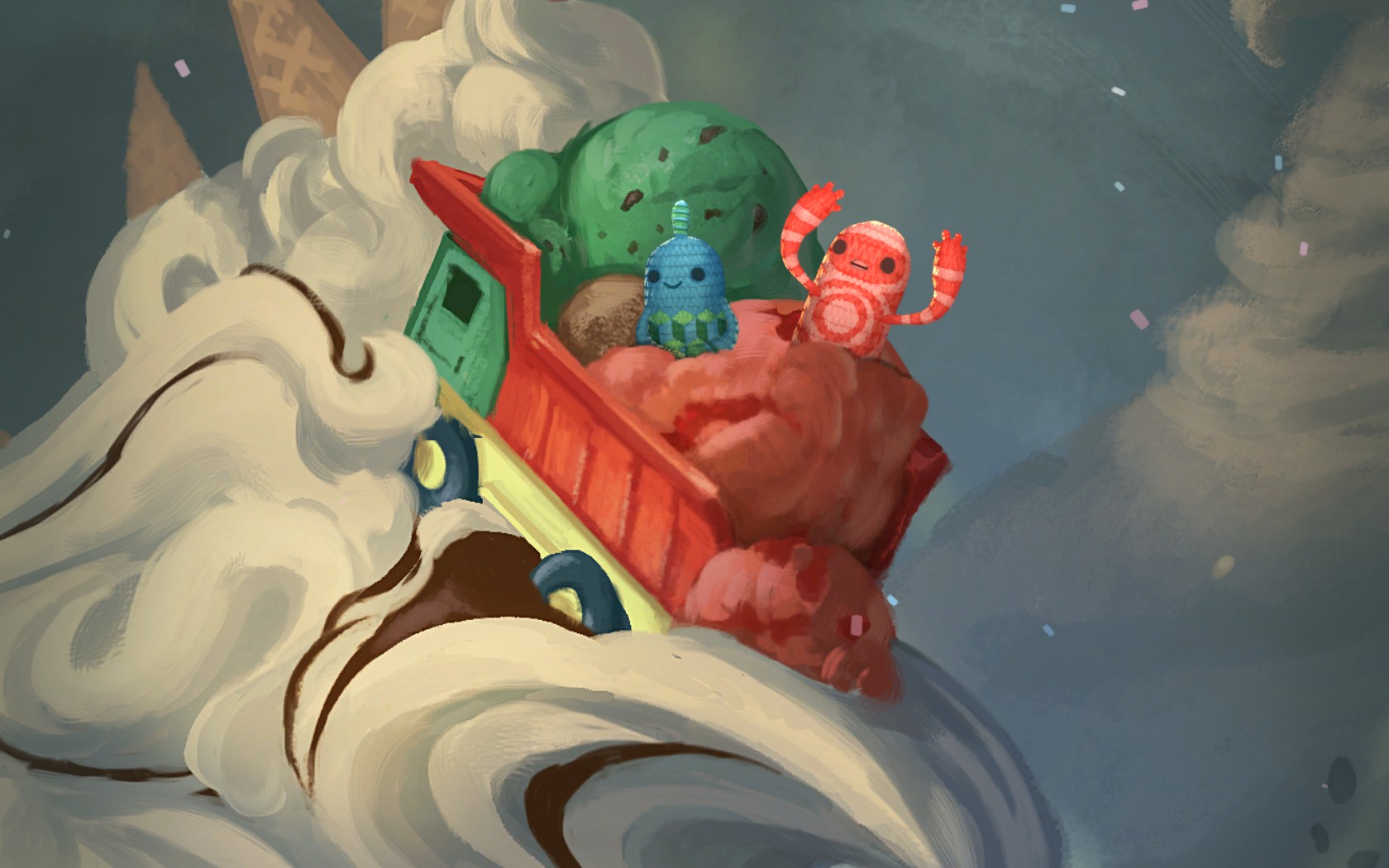 GamesBeat: It’s interesting, because it seems like you guys almost built the dragon, in a way, with Kickstarter, and it seems like we’re at a point with Kickstarter games that the ones most likely to get funded are the ones with a big studio or a big name behind them. Maybe smaller game projects aren’t having the success there that they used to. Is that a reason behind starting Fig?

Bailey: It absolutely is. It’s not just about getting games by these big known studios funded. That’s part of it, allowing there to be investment in those. That’s a win for the community, to be able to get involved in that. It’s a win for developers to be able to take the potential that’s been seen in crowdfunding over the last three years and do more complex, bigger games. Maybe in the future we’ll get to where we have triple-A games. That’s not going to happen with current offerings.

It’s in response to that. But we’re also committed to having undiscovered indies on the site. Our cadence that we’re planning is to run big campaigns, and then those indie campaigns — we’ll have two campaigns on the site. The indie campaign will be running during the big campaign, too. They can draft and find some of that discovery, maybe find the seed of a community they can build.

Urquhart: The quick answer is that it’s all about management. Or management is the wrong word. It’s all about communication. One thing we did with Eternity, we changed certain things about the game. As an example, one thing we did is, we said we were going to put a DVD, a hard copy DVD, in the boxes. Or a Blu-ray in the boxes, with the documentary we’re making. We chose, probably four months out, that we wouldn’t do that, that we would do it as a download. How we managed that is, we just communicated with everyone. We said, hey, we’re not doing it, and here is why.

The most important thing about any crowdfunding, when dealing with your supporters, is that you’re just open about your reasons. Even if you know the reasons are going to get you yelled at, you’re being open. It’s building trust. If you build trust over the long-term, it’s like any kind of relationship. That’s ultimately how it works with your supporters. It’s a relationship. What we did is we just said, hey, we can’t do this. We could, but we don’t want to do it because — you’d think we would have been brighter about this, but we wanted to have the launch party and the day-after interviews and all that stuff. If we’d already sent out the boxes with the DVD in it, those things wouldn’t be on it. So we were like, okay, that’s not gonna work. What we did is, we chose not to, and we put something else in the box. We put a cool pad of paper in the box.

In general, people were okay with that. Some people were not okay with it, but it didn’t change our decision, because at some point it has to come down to — with decisions like that we have to weigh the pros and cons. If we ourselves feel that we’re doing what’s right, then I think that’s cool. Ultimately the answer to it all is, when people are really involved, that’s awesome. How you deal with that is, you treat it like any relationship. You have to constantly communicate with them and let everyone know what’s going on. We’ve released almost 100 updates on Eternity, for all kinds of reasons. Some are just, hey, this is what’s going on, so you don’t forget us. Other were, this is what’s going on and this is why we might be changing something. 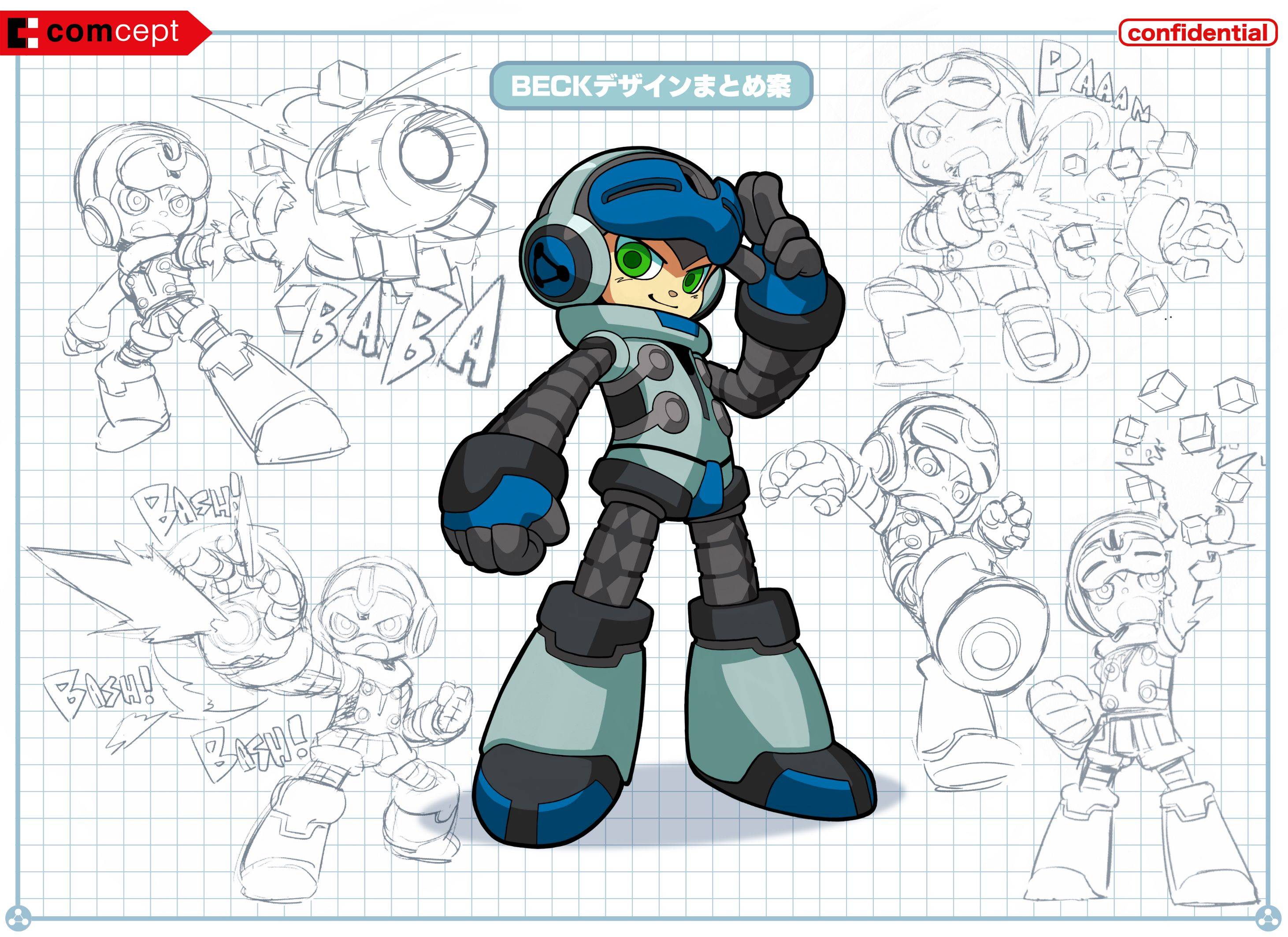 Above: Beck from developer Comcept’s Mighty No. 9.

Bailey: It’s not necessarily expectations up front. There are some small data points that can make a huge difference. On our platform, just requiring people to state at what point they’re at in development — defining those major milestones — if you went to some of the major platforms, they have no idea what the milestones even are, because they’re an agnostic platform. We’re doing that on our site.

Other things we’re adding are what platforms things are on, what languages are there. These are just small details that gamers want to know. It illustrates how we’re customizing the site to be specific to games. That’s some short-term stuff that can have a big impact. Longer term, there are things like, how can we customize this site to work for games? An example would be, if we customize this specifically for games, it looks a lot like the current crowdfunding platforms right now, but in a year, after working with game developers to figure out what works best and trying new things, it may look nothing like the existing crowdfunding platforms.

The potential that you can see is, if you look at Star Citizen, they did $2 million in their crowdfunding campaign, and then they went to their own website, created a custom website, a custom experience, and since did $83 million, or more than that now. Every time I say that number it goes up again.

GamesBeat: Feargus, we know we’ll see some sort of Obsidian games on here. Is this going to be what people would expect from an Obsidian game, an RPG sort of experience?

Urquhart: We can probably say it’s going to be an RPG. [Laughs] Obviously we like certain genres and setting. It wouldn’t be for our first one, but there’s definitely a setting we’d love to return to and make an awesome game in. That’s something we’ve been talking about a lot lately.

Bailey: I bet you Double Fine is not going to be making an RPG.