GamesBeat: Why name a company after a hotel?

Bailey: It’s a loose affiliation. Fig came up just as a regular name that we liked. One thing that came into that was, hey, there’s this hotel that’s near E3. That’s cool. It brings nostalgic memories back for us. But what I really believe is that the company brings value to the name rather than the other way around. It’s a nice name. It’s easy to get your head around. It doesn’t have “fund” in it, which I love. It’s just something that people can start to associate with what we’re trying to do.

Urquhart: Everyone has to guess what F-I-G stands for.

GamesBeat: Are you guys working on any other partnerships besides the ones with Double Fine and InXile that you can talk about?

Bailey: We have another partnership already. We’re not announcing it yet. We’re in talks with a bunch of other studios. It’s fair to say that we’ve been in contact with 10 of the top 10 crowdfunding creators, all of whom have expressed interest. It’s easy to see, because you look at the data — it’s very transparent data out there, where the value is. A lot of these campaigns, these creators bring 97 percent of the traffic to these agnostic sites. It’s no secret that being involved with game creators is something that is enticing. It’s something people are excited about.

Urquhart: When we were first talking about Fig with Justin, there was a lot of this idea that it would be — having Tim and me and Brian involved, it would be a lot about us, about the bigger crowdfunding things like that. But what Justin has pushed a lot, and which I think has been great, is this idea that it needs to be about supporting game-makers in general. It’s about the small indie teams. It’s about bigger independent developers like us. It’s giving that opportunity to all different levels of teams.

GamesBeat: Are traditional publishers responding to this kind of crowdfunding revolution in any way? Are they coming back to some of these studios, saying to Obsidian or Double Fine, “We’d like to take more chances on you guys?” Or are you guys just off doing a new thing and they don’t notice?

Urquhart: I get asked a lot about how publishers have responded to us doing crowdfunding. Unfortunately some of the funniest stories I probably can’t tell you. But the thing is — if I had to guess, they watch it, but it’s not — take Activision and Call of Duty. One, they can fund it themselves and it’s $100 million they’re spending a year, I’m guessing. It’s just not a part of their world. We’re talking about the next Star Wars movie relative to something like Clerks. They’re in totally different worlds.

But because, as you see studios like us, the studios that have been successful, even in comparison to something like Gearbox — they haven’t done crowdfunding. Because of Borderlands, they have a firm base like the rest of us. That changes the conversation when we’re talking to publishers. We have our own brand, more of our own brands. We’re a little bit more financially secure. And so I think it’s changing the conversation between the bigger independent developers and publishers. I think they like it.

What’s interesting, I think, is that if you look at more of the boutique publishers — sometimes I don’t know if they like to be referred to that way, but if you look at something like Deep Silver or Paradox or 505, for them, that changes it a lot, because it all depends on how much we want to do the publishing of our own games. It can create these interesting partnerships, like we did with Paradox and inXile did with Koch for physical distribution of Wasteland 2. That’s where it’s changing in particular.

What’s great for us is that we can also look at it like, what can we do with Eternity now? How big could we take Eternity now that we have it and it’s ours? What I mean by that is, you’ll start seeing larger ripples in the impact on the larger publishers. Not this year, but in years to come.

Bailey: If you look at market analysis, the big publishers keep working in the same genres. There’s very little genre diversification. They keep working in the same franchises. I don’t remember what Final Fantasy is up to now, but it’s a lot. A lot of the chances are being taken by independent studios, Double Fine being one of them, inXile and Obsidian being others. A lot of interesting things are happening when things are financed outside publishers.

One of our band-aids is to help developers at least get 51 percent of budgets, so they retain the IP and retain creative control. If they are with a publisher, at least they go in as a co-publisher, as a partner. That’s important to us. We’re not anti-publisher or trying to do away with the system. But it’s exciting, because you’ll see — it could potentially be something where we see genre diversification and other, more experimental IP getting a shot that they wouldn’t get in the existing ecosystem.

Historically, if you look at what’s happened in the film industry, film financing came about 35 to 40 years ago. You’ve seen a lot of the properties that dominate the last 40 years come from that. Star Wars, obviously. The Godfather. A bunch of others. That was those creators breaking away from the studio framework, the studio system that existed then, and taking a chance. Shooting things on location, getting outside financing. That potentially could happen here as well, when you have this freeing up of funds for people to take chances again.

Urquhart: It’s a good point. The other thing is, who would take a shot right now on competing with Call of Duty? It needs to take someone a little bit crazy, probably. But what publisher is going to go out — take Ubisoft as an example. Ubisoft tried to come up with a Call of Duty competitor, something to challenge Activision. There’s Battlefield, of course. I’m not trying to say that there’s nothing out there competing. But you could take any of those bigger games and say, there needs to be competition.

For gamers, that’s great. Ultimately it’s what I hope for the most out of all of this, that there’s a greater diversification of games, something that potentially challenges those larger franchises. They’ll have to react, and in reacting — that makes us move forward. That’s why I’m still in this industry after 20-some years. We’re changing all the time. It keeps your brain moving. I want to yell and scream a lot, but — this can really help that aspect of challenging certain aspects of the status quo. 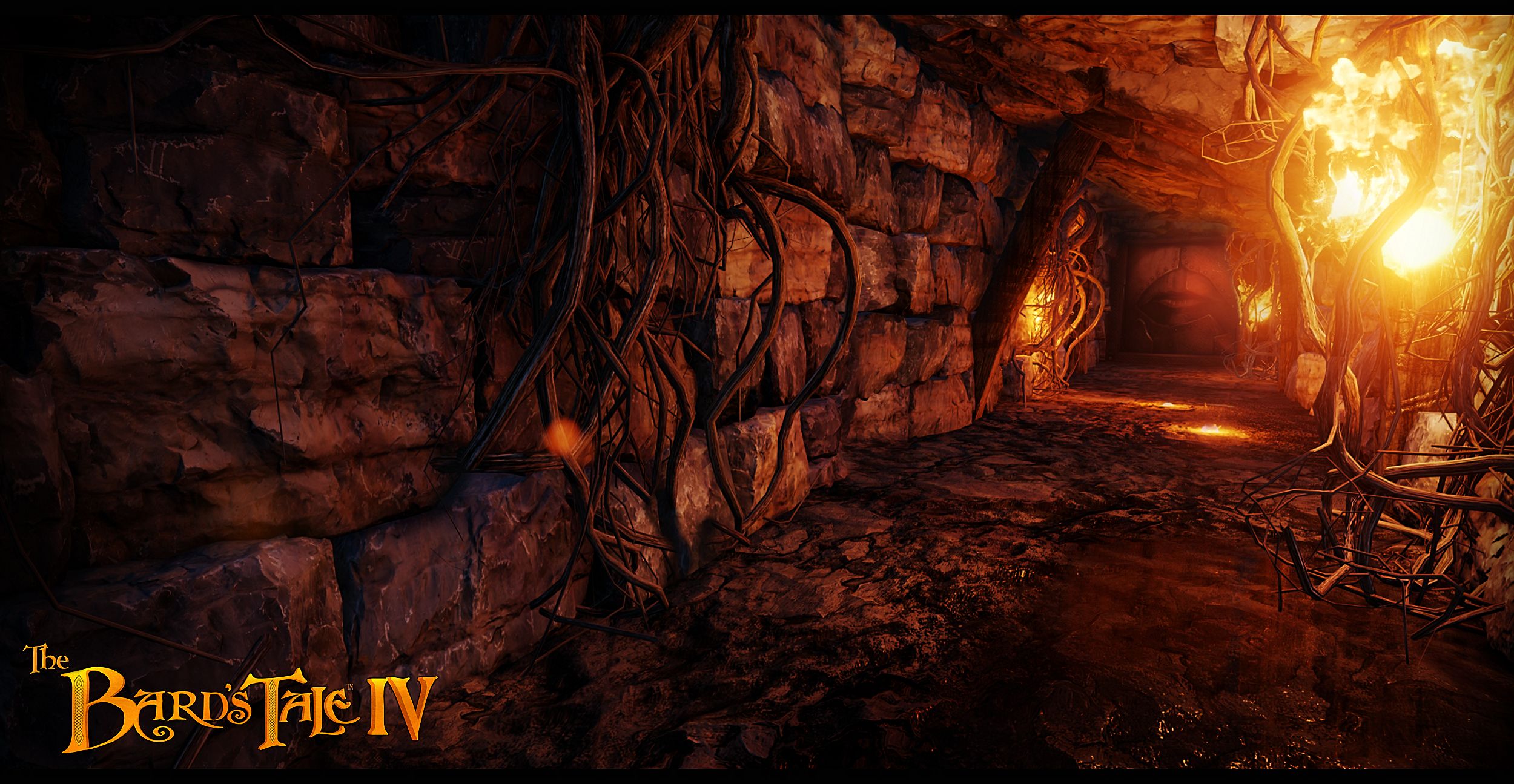 Above: The Bard’s Tale IV looks just a little different than the original.

GamesBeat: Any final thoughts you wanted to add?

Bailey: The one thing I’d say is that this is something that’s existed the last three years. I was at Double Fine running the business side of things as COO. I was working with Feargus and Brian comparing notes. A bunch of indies would come up to us and ask about crowdfunding, and we’d be like, you guys should do crowdfunding! They’d decide to do it and we’d help them create their campaigns and stuff. Then they’d go to this tool and do it, and after it’s done they would come and ask us, hey, what prices should we do on Steam? When’s the right time to discount? All this stuff.

In the meantime, we would talk about, hey, physical distribution, should we team up and found a distributor? Do you have an artist or writer you know that could help make this better? This has already existed informally for three years. We know it works. What we’re doing, really, is just putting a framework around it and making it more formalized and letting people know about it.

Urquhart: On the game-maker side, we just want the ability to make awesome games. This is that next step in getting cool games funded. I don’t want to drive it all down to that simple of a thing, but that’s where we’re at. I don’t want to sound completely selfless on this, because it’s about us as well, but it’s about the games we can help get funded.