LOS ANGELES — Producer Stéphane Roy really, really wants to make a great game. This doesn’t come across as arrogance, or pride, or even business. Roy knows he’s responsible for rebooting a legend. He’s carrying that weight.

So it’s not such a huge shock that when we sat down at a special pre-E3 event, he got out the first three questions before I even turned on my recorder. Roy wanted feedback. I’d seen an early build of Thief (releasing in 2014 on PlayStation 4 and Xbox One) just a few months previously at the Game Developers Conference, and I spent 20 minutes with it before our interview. He asked what I thought about it. If I liked it. If I found it to be too difficult.

GamesBeat: I did notice that the A.I. was a lot more attentive this time. They spotted me every single time.

Stéphane Roy: Really? Every time? Well, this is the middle of the game. When you come in cold and pick up the controller, it’s not easy. 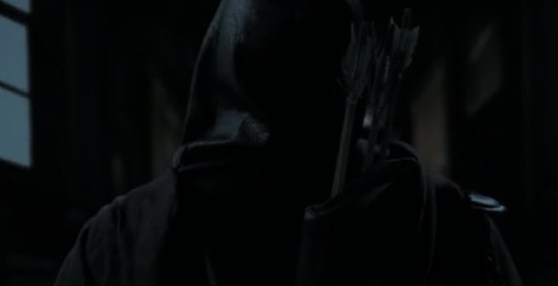 GamesBeat: The first couple of times, I was trying to see what kind of trouble I could get into with it. Which is a lot, it turns out.

How are you finding the A.I. now? You asked me if it’s too difficult. What do you think of it?

Roy: For this game, the A.I. is a complex beast. We want to make sure that you’ll be able to play with it. It’s that cat-and-mouse gameplay. We have tons of parameters we can play with for detection, so that’s where we are now. It’s a question of balance.

We want to make sure that the hardcore gamer who doesn’t want to kill anybody will be able to turn off everything and play that way. But we also want to make sure that you don’t want to fight with the features. If you just want to play cat-and-mouse with the guards, we want to support that, too. The difficult job now is just balancing everything and making sure that it’s not too sensitive. It’s important that you feel like it’s fair.

GamesBeat: In the outer courtyard, I took out the two guards, but I made noise doing it. When I snuck into the inner courtyard, I would see those guys running around on alert, doing stuff outside their normal patterns. That was when I knew I had a bit of a job on my hands to get around them.

Roy: This is where the game and real life are a little different. In real life, that something happens and the guards all know something is happening. In a game, it’s not fun. This is the kind of thing we want to work very hard to balance.

GamesBeat: Some of the characters were mentioning something called a Graven. What’s a Graven?

Roy: On the one hand, you have the ordinary watch, the Baron’s guards. On the other hand, you have the Graven. If there’s a riot, for example — the population says enough is enough and rises up against this iron-fisted rule — the Graven are who will come in to oppose them.

GamesBeat: We’ve seen two missions in Thief, and both seemed like very isolated incidents. I’m wondering what the connecting thread is going to be through all of this.

Roy: I understand why you could feel that way. That’s kind of intentional on our part. Among the reasons why we showed you this section and that section, it’s because we feel like that doesn’t reveal a lot of the story. But I guarantee that during the game, you’ll have to find out a lot about what’s going on. There’s something weird happening, of course. It’s story-driven. Everything is linked together.

GamesBeat: Are there going to be any daytime missions?

Roy: No. This is a game that takes place by night. We might have something that you could maybe call the opposite later, but no, it’s really about the night.

GamesBeat: It’s been nine years since the last one, so this will be the first Thief game for a lot of people. What do you want newbies and/or veterans to see or hear or feel that will make this Thief the definitive Thief experience going forward? What do you want to add to this franchise?

Roy: We want to make sure that people who know the franchise will feel that we have the right to put the Thief name on the box. We want them to feel like we’re working up to today’s standards. This isn’t just something from 15 years ago. I don’t just want to tell you, “It’s this feature and that feature,” because it’s not just a question of features. It’s a question of how we build the game – the items, the level design, the way we make the maps today. I promise I’ll give you a better answer soon.