Like most Street Fighter V fans, I’m not exactly shocked that Balrog, the mad Boxer, is coming soon. Except unlike everyone else, Balrog’s release elicited a feeling of dread for me, as opposed to excitement.

I don’t want a repeat of Street Fighter IV‘s version of Balrog.

Capcom’s Peter “ComboFiend” Rosas gave me a chance to do a quick playtest of the Street Fighter V version of Balrog, while checking out Street Fighter V’s new and improved story mode. It was a quick 2-3 minute test at most, and Rosas had to stay tight lipped about the details of the character, but I can at least detail what little I discovered.

No more jabbing out of trouble 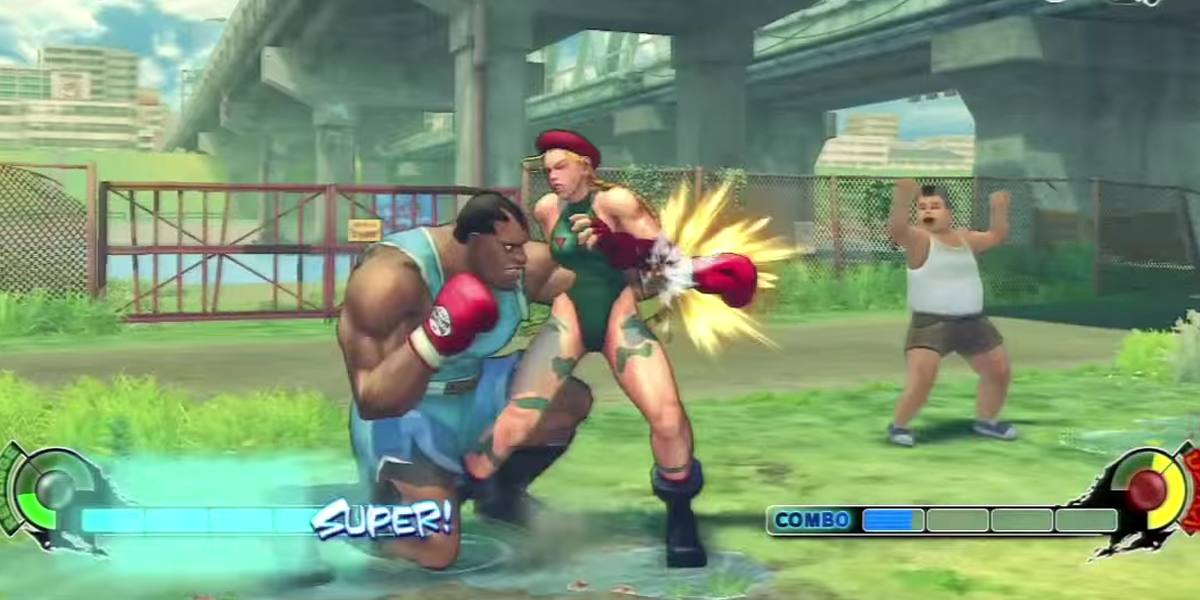 Above: Don’t make us relive this again

One of the more obvious changes to Balrog in Street Fighter V is that Jab Punch (light punch) has been toned down. In Street Fighter IV, Balrog’s standing and crouching Jab were some of the quickest moves in the game, with a fairly decent reach as well. This allowed a Balrog player to counter other characters’ pressure set ups simply by slapping crouching Jab.

Even worse, or better if you’re the Balrog player, crouching Jab often led to larger combos in Street Fighter IV.

It’s not that the Street Fighter IV version of Balrog’s Jab was “cheap.” Like any decently designed element of Street Fighter, Balrog’s Jab could be baited and punished. The larger problem is that SFIV’s Jab made playing Balrog from a defensive position a much more lucrative strategy than adopting his classic offensive rush down play style.

Balrog’s new Jab in Street Fighter V is slower, but it can still 2-in-1 into some special moves. It’s definitely not the monster it was in Street Fighter IV. I instantly told Rosas that I liked that change, and he nodded.

“A less Jabby version” of the Balrog design, is how Rosas put it.

Buffalo Headbutt is gone! So what’s taken its place? Above: And that’s a free Ultra for Balrog

Buffalo Headbutt was an attack introduced to Balrog’s moveset in Super Street Fighter II Turbo, and this enabled Balrog to both attack diagonally upward while passing through projectiles at the same time. It had a duel purpose, acting as both an anti-air move, and a way to move Balrog forward to apply positional pressure against projectile heavy characters like Ryu and Sagat.

In Street Fighter IV, Buffalo Headbutt took on an even more deadly trait, as it allowed a player to juggle an opponent into a guaranteed Ultra. The good part of that situation is that it rewarded Balrog players for catching their opponent throwing a fireball at the wrong time, from the wrong place. The frustrating part was that crouching Jab could combo into a Buffalo Headbutt, making any offense against Balrog incredibly dangerous.

Buffalo Headbutt is a move I suspected would wind up toned down in Street Fighter V, at least to the point where it wouldn’t lead to a guaranteed Critical Art (Street Fighter V’s replacement for Street Fighter IV’s Ultras). But it appears to be gone … unless it is no longer executed via charge down, up plus punch?

When I looked to Rosas for answer, I received a coy shrug. Capcom and Rosas were being tight-lipped about the move list, and the clock on my time with Balrog was ticking. So I had to move on.

But if Buffalo Headbutt is truly gone, that leaves a big hole in Balrog’s design. Outside of its potential for leading to a guaranteed Ultra in Street Fighter IV, Buffalo Headbutt is one of Balrog’s fundamental tools for moving around. Capcom must have added something else to address this change. But what?

The answer may lie in V-Skill and V-Trigger 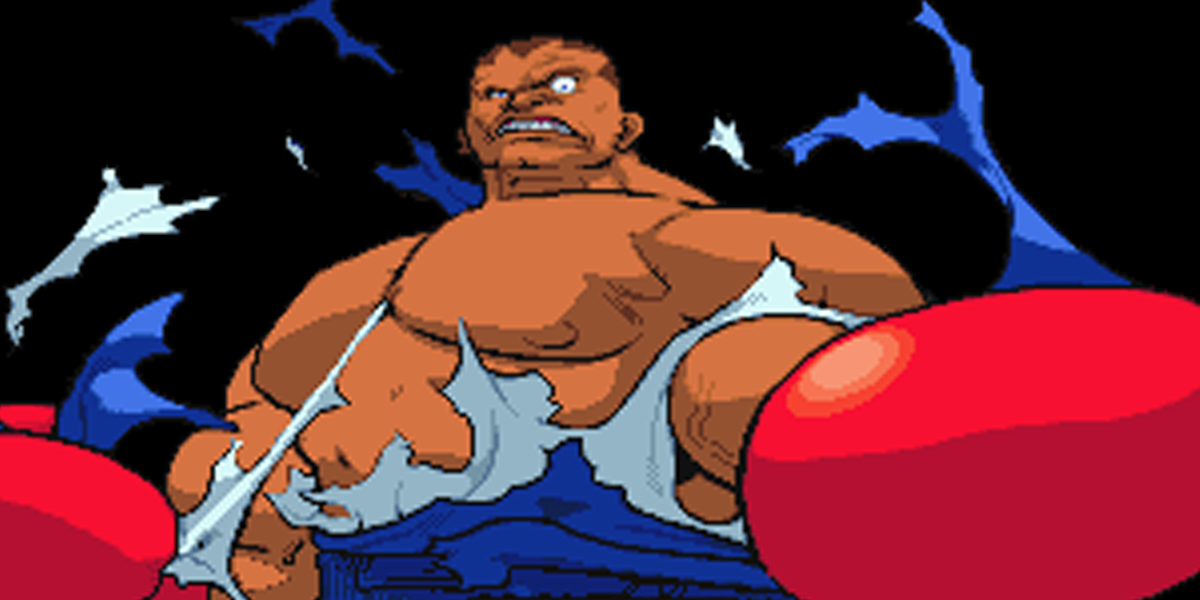 Above: There goes another shirt

I have a theory that the Buffalo Headbutt has been replaced by Balrog’s new V-Skill. Hitting both Strong Punch (Middle Punch) and Forward Kick (Middle Kick) has Balrog execute a quick spin. It looks a lot like a mini-version of his Turn-Around-Punch, a spinning punch that traditionally would allow Balrog to pass through projectiles under certain conditions.

Here’s the thing: He has a punch version of this V-Skill. After activating the spin, hitting any punch button will activate a mini-Straight Punch. Any kick punch will have Balrog throw an Upper Punch.

The character I was playing against would not throw any projectiles, so I couldn’t test this theory out. And again, Rosas could just smirk and shrug when I pushed on it. I really think that this is why Buffalo Headbutt is missing.

As for Balrog’s V-Trigger, when activated it puts him into a timed altered state, just like the V-Triggers for M.Bison, Ryu, Chun-Li, etc. Specials seemed to have added effects to them, but I am left to just assume that there are other buffs going on here.

Asking for further details gained me the same results — Shrugs and “you’ll have to wait and see.” 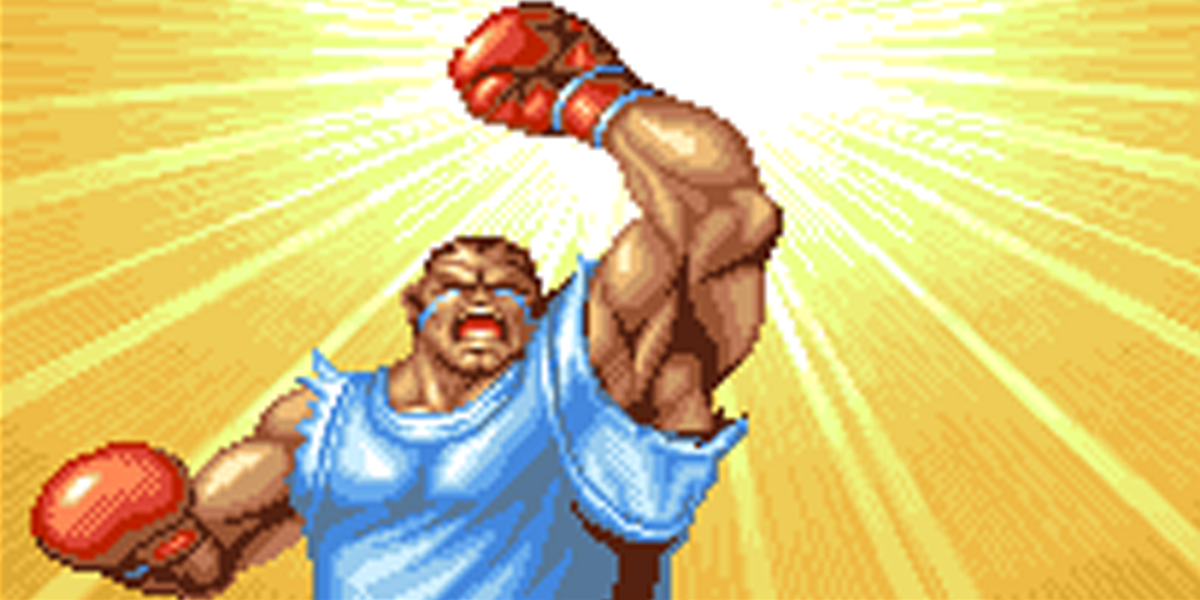 Above: Are those tears of joy or rage?

Balrog still has his normal Turn-Around-Punch, which is executed by holding all three punch or all three kick buttons, then releasing at least two buttons. One button release doesn’t work, which I still complained about. I guess I am too use to the Street Fighter II version of the move, which allowed for one button release.

Balrog’s damage output overall seems pretty buff in normal state, and although he loses the quick Jab, his moves still have some decent speed to them, with nice range. This build of Street Fighter V Balrog was not stubby or slow. You can only find out so much in a couple of minutes fighting a computer-controlled opponent, on top of not being allowed to go into the pause menu to check out the move list. I’m sure Capcom will release all the details for Balrog soon.

But my impression overall is that these design changes are a welcome move away from Street Fighter IV Balrog. I know a lot of players liked that version of the character, but as a fan of the Street Fighter II take, I hated it. Balrog’s classic design identity is intelligent, ruthlessly spaced corner rush down. Keep the opponent flinching at arm’s length, while building meter for the finishing blow. Not so much passive fishing for counter Jabs, into Buffalo Headbutt set ups.

I want to believe Capcom and I are on the same page here, but there’s only so much I can read into a new character in two rounds of play testing.

I can only pass along to you what Rosas said to me: “You’ll just have to wait and see.”