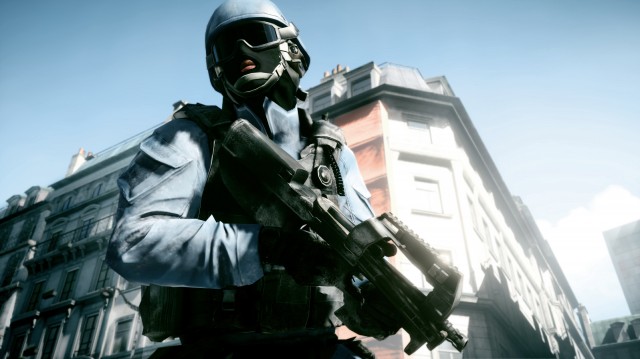 Update [11/07/11]: EA has sent along some information on the current status of the Battlefield 3 servers. According to VP of Public Relations Tammy Levine, “Server stability has remained consistent at 98.9%.” However, to address connectivity concerns and provide “full transparity” EA has also launched a server status page, which tells whether the online features are operational on each platform, though it lacks any in-depth view at individual servers.

EA is also reportedly addressing a number of other game issues, including game stability, lag, rubber-banding, and squad functionality. You can find out more at the official Battlefield 3 blog.

Original Story: Battlefield 3 players eager to tear into the game’s multiplayer offering have been hit by a wave of server outages. Though disconnects and lag had been a problem for a portion of players, the EA Online servers went completely offline, preventing players from accessing the multiplayer portion of the game entirely, including the much-touted Battlelog feature.

Outages seems to have affected all three platforms, with the Xbox 360 being covered prominently by the gaming media. The PlayStation 3 and PC versions are also suffering similar issues. DICE’s Global Battlefield Community Manager Daniel Matros took to Twitter to respond to angry customers, announcing at one point that server “maintenance” would be done in 20 minutes, only to announce that it was taking longer than expected. Twice. The outages (I mean, maintenance) have left no shortage of angry Battlefield players in their wake, with one GameFAQs user deeming Battlefield 3 a “day-one return.”

Electronic Arts’ blockbuster sequel released on October 25 to surprisingly low review numbers. Currently sporting a Metacritic average of 82 for the Xbox 360 and 86 for the PlayStation 3 version, the game’s uninspired single-player and glitchy multiplayer has been at the root of the critical consensus. The PC version, which runs faster, has a score of 92. While mid-80’s are not bad, they are undoubtedly short of the 90+ scores EA was banking on for their self-proclaimed Call of Duty-killer. Modern Warfare 1 and 2 currently both hold a 94 on Metacritic (Xbox 360).

Battlefield 3’s launch issues and underwhelming reviews are an undeniable embarrassment for EA, especially outspoken CEO John Riccitiello, who has aggressively been picking a fight with rival Activision Blizzard by stating, “We have the superior game engine, a superior development studio, and a flat out superior game.”

I imagine Riccitiello and the Netflix guy who announced Qwikster are hiding under the same rock right about now. Modern Warfare 3 may or may not end up being a great game, but all it has to do to beat Battlefield is work.Earlier this month Core Gameplay Designer Alan Kertz commented on the reasoning behind including the controversial Online Pass required to play multiplayer by saying that “servers cost money.”

With EA eagerly reporting an estimated three million in pre-orders, why were they not prepared? This is not their first rodeo, and DICE has had this problem countless times before, most recently with Battlefield: Bad Company 2. There’s absolutely no excuse for the game to flat-out not work, especially after releasing a seemingly pointless beta. Riccitiello has gone on the record saying EA would be spending upwards of $100 million marketing Battlefield 3, so perhaps some of that money should have been directed towards ensuring the actual game functions as intended.We have contacted EA for an official comment. We will update the story if they choose to respond.