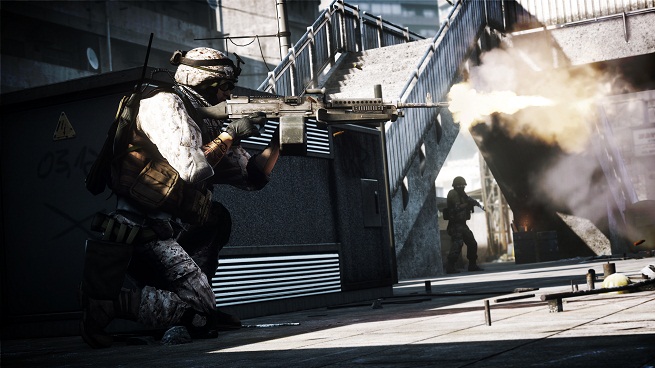 Electronic Arts’ abrupt debut of Battlefield 4 rippled across the gaming community within the past week with many gamers staking into the “too soon” camp as the primary reason for the upcoming fourth-quel’s lukewarm reception so far.

Indeed, EA’s chatter regarding another fully realized entry in the popular multiplayer first-person shooter franchise seems impulsive. Battlefield 3 Premium is but a month old and only two of the five planned map packs released so far.

Of course, some shooter fans consider yearly installments of their favorite titles the standard metric for pacing. Call of Duty players, for example, receive a new game every year regardless of choice. The Battlefield franchise typically sticks to a two-year cycle, but concerns over whether developer DICE’s resources will become stretched between maintaining BF3 and developing BF4 present possible roadblocks for the studio in addition to shoring up player-requested features such as in-game voice chat functionality and a spectator mode.

“We’ve seen a lot of concerns about the pacing of release,” BF3 community manager Ian “Crash” Tornay wrote in a Reddit post. “I think it’s worth noting DICE released a Battlefield game every two years or sooner and Mirror’s Edge at least every two years.”

He continued, “I truly believe we’re in one of the best positions for creating our next title. [BF3 graphics engine] Frostbite 2 has matured, we’ve been gathering fan feedback like crazy, BF3 continues its expansion with features we can learn from, and we’ve got more data about how people play than ever.”

He also confirmed “other ways” of accessing BF4’s beta test (planned for fall 2013) aside from pre-ordering developer Danger Close’s Medal of Honor: Warfighter, although the latter provides a “guaranteed entry,” according to Tornay.