Beamable has raised over $5 million in a new round of funding to expand its platform for live operations.

The Boston-based company has more than 1,000 developers that use its self-serve platform that enables companies to easily schedule and manage live events, like tournaments that are aimed at getting gamers more engaged in existing titles.

So far this year, Beamable has now raised $10 million as it transformed itself from game studio Disruptor Beam to become a vendor for gaming services.  The new round is separate from the approximate $5 million round that Beamable raised in February.

“Making a live game should be as easy as publishing a web page,” said Jon Radoff, CEO of Beamable, in an interview with GamesBeat. (Radoff will speak on a panel about NFT games at our GamesBeat Summit Next online event on November 9-10.) “You can bring that content to anywhere you want.”

New investor Gutbrain Ventures joined a round led by Companyon Ventures and GrandBanks Capital, with participation from other current investors including Defy.

Beamable provides game makers with the tools to deliver and continually optimize their live games with infrastructure, features, and content. Beamable expanded its offering over the past 18 months, and it now has 41 people on its team. 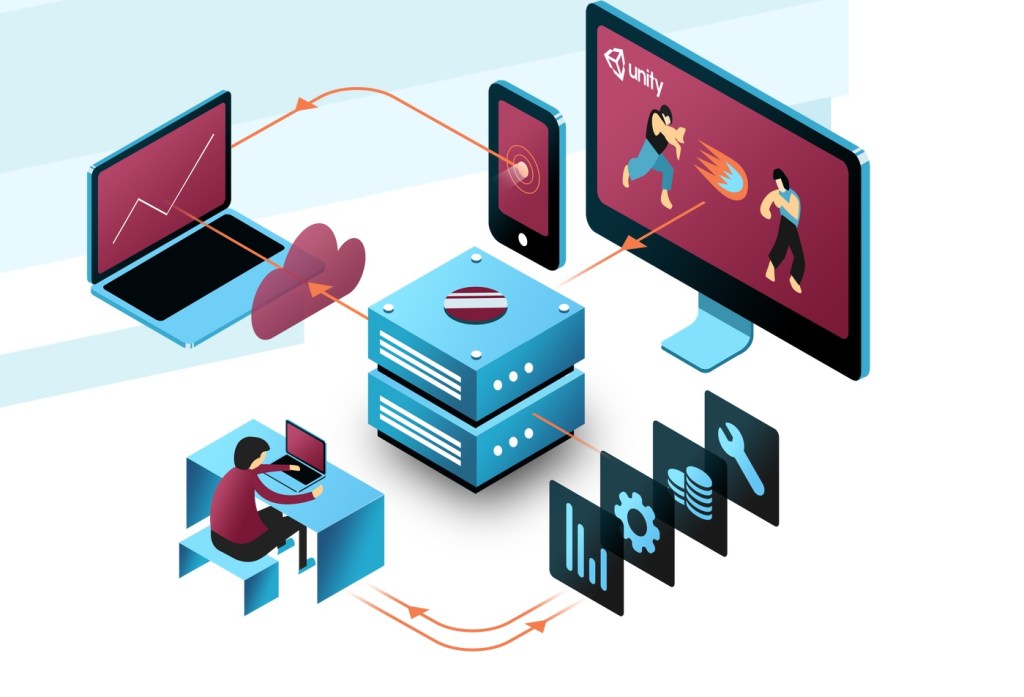 Above: Beamable makes it easy to do live operations.

The platform makes live games easy to build, operate and scale. Unity developers can drag-and-drop social features, virtual items and dynamic content updates to their games with simple, visual tools, said Radoff. The company makes it easy to create these social and event features on mobile and PC games.

While game engines like Unity and Unreal have made it easier to author 3D experiences, the workflow and infrastructure to enable games with sophisticated economies and communities has lagged far behind. Beamable wants to empower game makers of all sizes to go directly from their imagination to a game of any scale, Radoff said.

Beamable’s backend is based on microservices, an architecture used by some of the largest online companies including Shopify and Netflix. This architecture equips studios to rapidly scale to millions of active players while retaining a high degree of agility in their game design–without worrying about the high cost of ownership related to server engineering and DevOps.

“The best development platforms are built by teams who have deep domain experience,” said Bob Davoli, managing director at Gutbrain Ventures, in a statement. “The Beamable team clearly understands the needs of game developers. We were impressed by how the company is creating an authentic culture of making game studios successful.”

In the midst of the pandemic, Beamable launched out of Disruptor Beam in April 2020. Radoff shared his vision for the future of LiveOps and Beamable launched its software development kit (SDK) and application programming interfaces (APIs).

Customers asked the company to add cloud data to the platform, and Puzzle Nation launched on Beamable in June 2020. Beamable launched in the Amazon Web Services marketplace, and it built sample projects to illustrate how easy it was to add features like leaderboards, multiplayer, and server-authoritative gameplay.

Radoff, by the way, is a big Dungeons & Dragons and sci-fi geek. I’ve been talking with him on the Clubhouse Game Industry Club for many months as we chat about the game news of the week, the metaverse, NFTs, and sci-fi. He has also been climbing a lot of mountains in the Northeast lately. 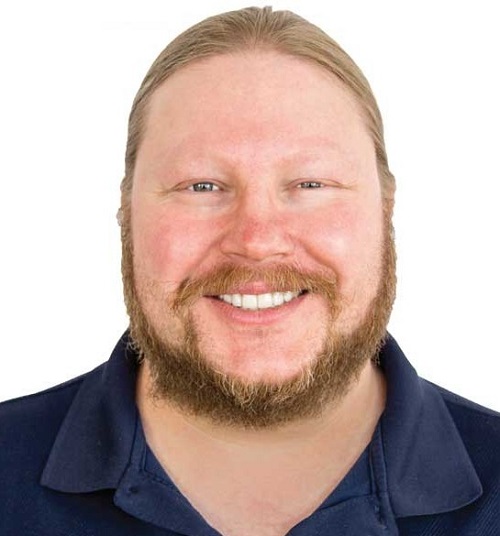 “To me, Dungeons and Dragons was the first metaverse because it’s a realm of pure imagination where if you’re a creator, you just start telling your story,” Radoff said. “It just happens with you and your group of friends. So to me, the metaverse is just the digitized version of that.”

To use the self-service platform, game developers go to the web site, sign up, and make an account. They get a dashboard for managing the things that they need, like a plug-in for Unity. That adds the drag-and-drop interface. You can add different modules that enable things like stores or matchmaking or guilds or tournaments and events.  The company is adding ways for developers to create virtual currencies and items.

“Our approach to that was to use off-the shelf-3D technology with Unity today, although we’re not married to Unity,” Radoff said. “We take that and combine it with the open, decentralized internet and web that we already have. And then supply live game services that really anybody can create, like a multiplayer game with social features and commerce and content updating.”

About a 100 or more game developers are coming into the company’s service portal each month.

The company hasn’t yet created a drag-and-drop interface for Unreal or other game engines yet. 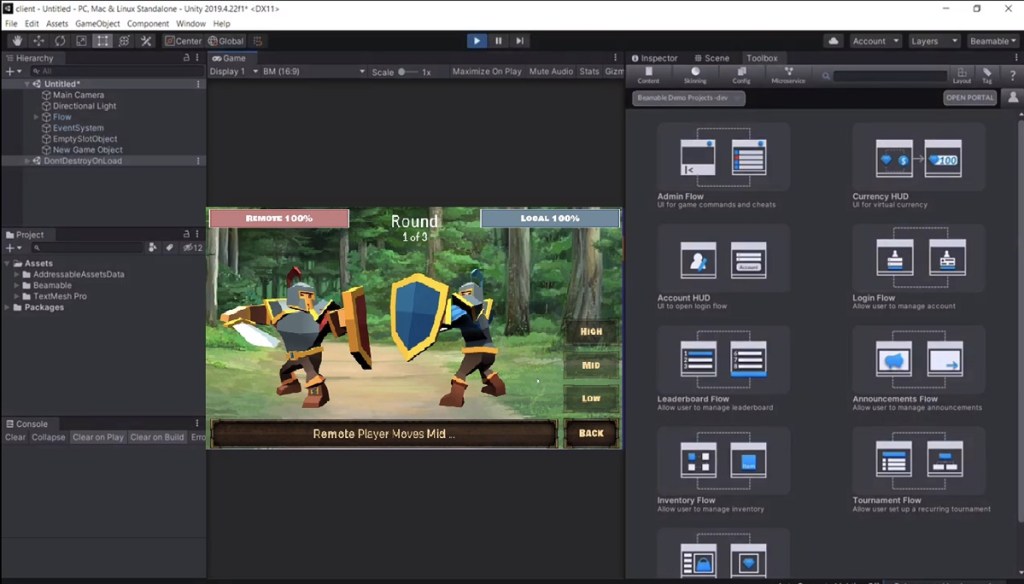 Above: Beamable has a self-serve live operations service.

“Developers often need to be even more agile, more data driven, more oriented towards community and content updates,” said Radoff. “I don’t call us a metaverse company right now, but I think that’s where the industry is going. There are tens of thousands of game studios, drowning under the technical complexity of building a modern life services game now. We help them.”

Radoff said the company has designed its products so you can do as much or as little coding as you want. In the Unity interface, Beamable has drag-and-drop controls to add features like a shopping interface, social features, or guilds, he said. It also offloads a lot of the custom server work that programmers have to deal with when implementing these features.

“That’s the low-code aspect of it, the serverless aspect,” he said. “The serverless architecture is a new programming pattern in which you don’t need to concern yourself with building those server components. Not only is there an API that you can connect to, but the backend components of that scale up and down according to whatever you need. They have their own data stores, they have their own provisioning. If you have a game with people playing it, it’ll be provisioned for whatever you need. If you have suddenly 10 million people playing it, it’ll scale up elastically to that without a DevOps person.”