Tech journalist Violet Blue and Ubisoft game developer Thomas Geffroyd will speak about the appeal and challenges of creating realistic fiction in Watch Dogs 2, a game about a “hacktivist” cyber gang set in the hacker culture of San Francisco.

They’ll talk about the game and its eerie resemblance to real life at our upcoming GamesBeat Summit 2017: How games, sci-fi, and tech create real-world magic.

Watch Dogs 2, which came out during the holidays in 2016, helped inspire our theme about the inspiration that happens between real-world technology and realistic science fiction. 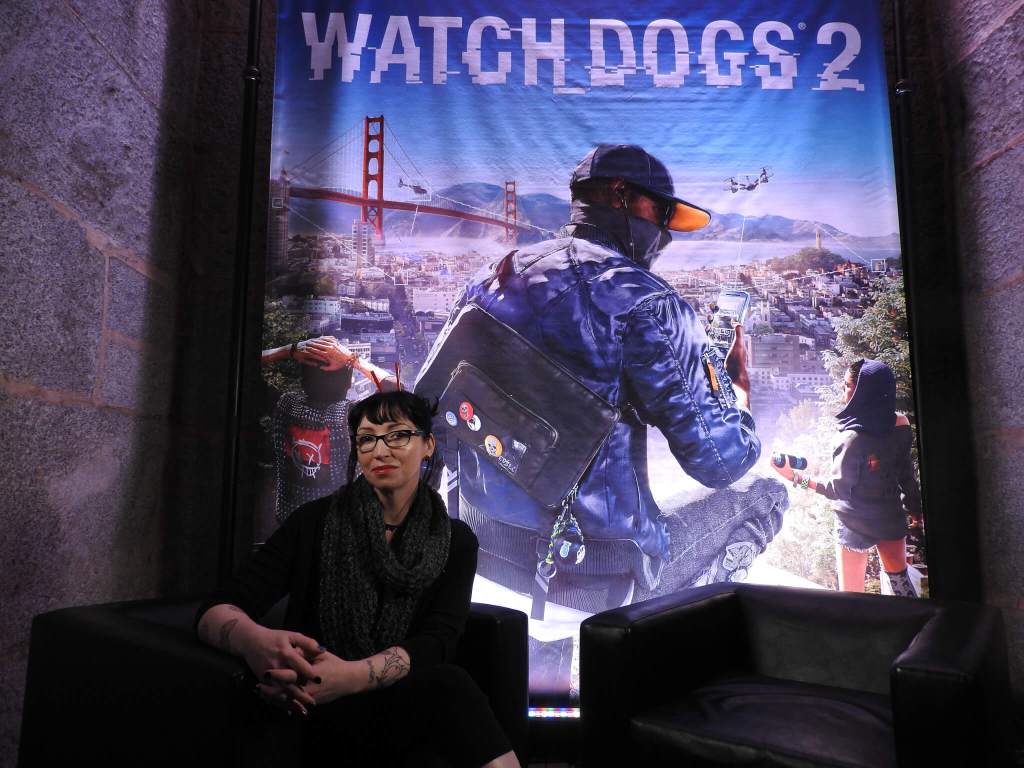 Above: Author Violet Blue was a consultant for Ubisoft on Watch Dogs 2.

At its core, the Watch Dogs brand is about creating entertaining gaming experiences that explore the potential implications of digital technology while remaining grounded in the reality of hacker culture. We’ll learn how the developers applied this methodology to Watch Dogs 2 and drew inspiration from the real life hacker community and recent instances of cybercrime for its narrative. The game’s setting in San Francisco gives it an eerie familiarity for those of us who live in the region.

Blue is an author and a noted reporter on hacking and cybercrime, reporting for outlets including CBS News and CNET, as well as blogs and TV shows. She is an oft-quoted pundit on digital privacy and safety, hacking culture, security, and digital crime who has appeared on The Oprah Winfrey Show and CNN. She writes the weekly Engadget column “Bad Password” and is the author of The Smart Girl’s Guide to Privacy. She served as an advisor on Watch Dogs 2 and is also an advisor for information security startup Peerlyst and the privacy nonprofit Without My Consent. Find her on Twitter @violetblue.

Geffroyd is brand content director for Watch Dogs at French video game publisher Ubisoft. Thomas has been working in the video game industry for 15 years, focusing on brands and content. This led him not only to work on major brands (Splinter Cell, Rainbow Six, Assassin’s Creed, Far Cry) but also to be part of various new intellectual property developments within core teams.

He decided to join the Watch Dogs brand for the long haul, bringing with him a long history and passion for hacking and the hacking culture, used daily to support both game development and brand efforts.

Thomas was a key leader of the Watch Dogs 2 brand efforts and acting as first line hacking consultant. He went to Defcon hacker shows for many years and Blue introduced him to hackers in the community so that Ubisoft could create add realism to Watch Dogs 2.

Blue and Geffroyd join a cast of speakers who are among the who’s who of games, as well as the related industries that are inspiring game makers.

If you’re interested in sponsoring, message andie.rhyins@venturebeat.com. Thanks to our sponsors Samsung, Intel, Blackstorm, and Gazillion.