GamesBeat: I guess a good thing about these Silicon Valley guys is that there’s real money coming into this market. Lots of venture capital money. It’s not just research grants anymore.

Sawyer: Yeah. I think four or five years ago, I didn’t see a lot of that kind of activity in the games for health space. Now, you’re starting to see more of it, especially along these ways. You’re starting to see entrepreneurs in the games for health space, with the exception of exer-gaming, which they realized was going to be co-opted by the large games publishers, at least as far as the living-room goes.

They didn’t see a lot of broad-based play, especially stuff that potentially didn’t end up in a regulated market as well. Niches are not really enticing investments. But when you look at things as ubiquitous as walking — as ubiquitous as mobile platforms — then you start to enter those broad areas where it’s clear that there’s a decent potential for high returns.

But that being said, I’m starting to see more meaningful types of things made in some of the more niche areas. I’m starting to see things mature in terms of designs and activity. Mobile’s been a big part of that. There’s a company being formed in San Francisco right now that I visited with during the Game Developers Conference that is taking a lot of interesting research from a cognitive health standpoint. They’re going to be putting out at least one if not a couple of mobile games based on a whole host of new neuroscience research around ideas that could be helpful to people in terms of being more productive and being able to concentrate better.

It’s neat to see things that are moving beyond that pure academic standpoint and starting to see things turn into actual products. Especially with the ubiquity of mobile, but also the app stores and the digital download world. I think these niche markets start to become much more addressable in ways that are going to help this space thrive. Much like the indie-game space is thriving: Because it’s easier to get to market, you can price things more aggressively, and the cost of developing some of these titles isn’t as high as it used to be.

GamesBeat: Has somebody tried to measure the size of the market so far?

Sawyer: This is the problem with all serious games, let alone the games for health space. The size of the market is hard to measure because you have to decide where the market actually begins and ends. So for example, if you look at exer-gaming and you look at sales, several years ago you were talking about a market that was a billion-dollar market because Wii Fit was selling so phenomenally well at a high price point. But you also had things like EA Sports Active. You had things like Dance Dance Revolution even if you just took a percentage of DDR sales and assumed that a small percentage of those sales were going to a more fitness-oriented consumer as opposed to just pure entertainment. You were hitting very large numbers. I would say exer-gaming has probably come off those highs, especially as Wii Fit and Wii sales are down, but if you look at sales of things like Just Dance and other things — when is that not an exer-game? Those debates are still open. 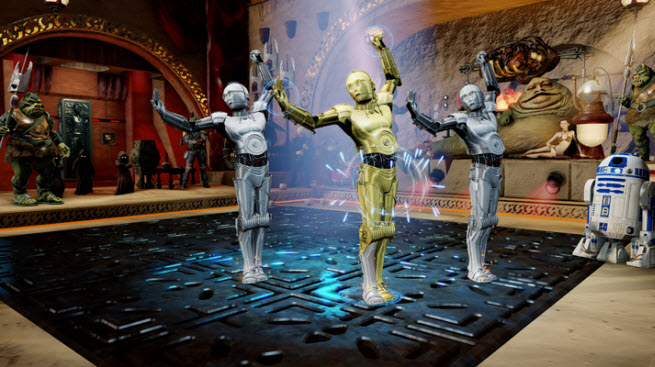 GamesBeat: Yeah, like Star Wars Kinect. Does that count?

Sawyer: Well, Star Wars Kinect is probably one of those areas where you start to drift away from exer-gaming. You drift along the spectrum towards more, it’s just a get-up-off-the-couch game like many Kinect games. But I’d say Just Dance would go a little bit more towards a more exer-gaming-oriented title. And then you would go all the way over to things like EA Sports Active, some of the stuff that Ubisoft has done with Your Shape and things like that. And you look at Majesco, with the sales that they’ve had with Zumba Fitness. It’s been huge for Majesco. So that market seems decently healthy, in terms of it’s become I think a staple category.

The question is, can it evolve into having the same level of health impact that we’d like it to have? That’s an open question from the project’s perspective. Great sales for the industry, but we’re not sure whether or not the health impact of those things has been as high as it could be. What’s interesting, and what we think will be one of the first big changes there in terms of health impact, is when services like Xbox Live or PlayStation Network and stuff like that can send that data and store that data in some way where it can share it with your health plan. Maybe that data allows you to get more direct fitness orientation, or share some of that data with a health coach or somebody like that. Or even get credit towards your health plan deductible. That could change things quite interestingly.

The other thing that you could see change is when all of your calorie burn data and other things can be shared across multiple exer-games. You don’t necessarily want to work out one type of way every day for the rest of your life. The question is, when you can start to see that, will you start to see people having a larger, more dedicated set of workouts and things like that? I suspect that you could see something like that emerge in the next couple of years. 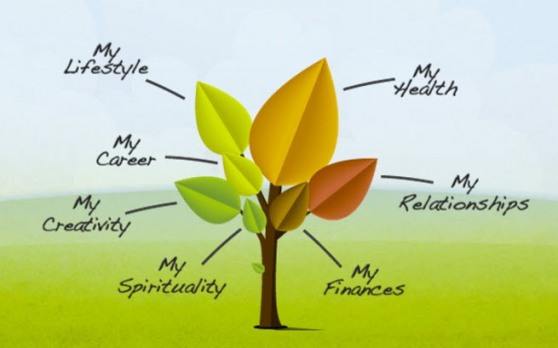 GamesBeat: Did you see that Mindbloom Life game get adopted by Aetna?

Sawyer: Mindbloom is more like gamification and a visualization of daily habits. There’s another company called Health Month that’s doing this as well, and there’s sure to be a couple of others that come along. But you could imagine seeing something like that built into Xbox Live, where it becomes a sort of umbrella. It could be like the way your Gamerscore tracks your activity across multiple games — you could have some sort of health score that could track you across multiple exer-games through the lifecycle of you and that service. Which ideally would make it potentially have a chance to have a higher level of health impact.

GamesBeat: Is anybody actually going to build that?

Sawyer: Patents and other things have been filed by various companies. This type of thing is coming.

GamesBeat: That’s where it seems like it’s going to get more interesting when these big health insurers can help the technology spread.

Sawyer: Yeah. There’s lots of last-mile problems. When you look at things like exercise or even disease management or other areas. But what’s interesting is you may start seeing third-party services emerge, and they may talk directly to employers or others. They may be more like these wellness services. They may be startups like ShapeUp. And then eventually, you may see one of those services get bought by a large health care company. The idea of how you’re going to integrate these things into these networks and then get those networks to integrate them into that last-mile problem — that is going to shake out over the next decade.

What’s clearly happened right now is we know from research that we’ve shown at our conference, like the health games research stuff that Robert Wood Johnson funded, we know that games can have very interesting, unique ways of delivering health behavior changes to people. And unique experiences around health. Just like they can offer unique experiences around education and everything.

What we don’t quite have yet but we’re starting to see — much as you’ve talked about — is how that stuff starts to translate into real, viable, sustainable products that can start to scale up to large audiences. But what I’ve taken away from all of it — where I see the shift starting to happen — is both sides are recognizing what it’s going to take to get the scale. And one of the key parts of that is a real sense of interface to the consumer. That what the consumer ultimately wants is an interface that is the kind of experience that they see so well-performed in games. Now, the debate is whether it’s going to be something more gamified and translational, like the way Mindbloom works, or is it going to be something much more like a video game type of story-driven narrative idea that might be more akin to the kinds of things that you see.

There’s a game that some kids at Carnegie Mellon made called Active Adventure, where it’s a real story that you’re involved in as you’re working out and doing these different exercises. My sense is that you’re going to see everything all over the spectrum. The question will be which interfaces become the dominant kind of interactions. I don’t think anybody knows that yet. You’re going to see a lot of lightweight stuff over the next couple of years, and some of it’s going to stick. And then I think you’re going to see things that try to take it up a notch, and that’ll be where the next battle will be.

What’s interesting when you look at exer-gaming or even other things — the battle for video games was the living room — over the last decade. Now, with mobile platforms, the battle is a combination of anywhere in the house and then any time spent outside of the house but on a mobile platform. One of the interesting things from a health perspective — at least from health games — is that when it was still dominated by a living-room experience, it wasn’t types of experiences or the types of ways you would build those experiences [that] seemed different. Now, I think you’re seeing some things start to get a little bit more liberated. At the same time, it’s still interesting to see that at the moment living room, screen-based, large screen-based experiences are still going to be somewhat console-driven. Until we start to see the rise of things like smart TVs or an Apple TV-type console or a tablet, like Wii U or iPad or maybe something Microsoft’s working on.