You may not have heard of Aeria Games, but it has grown into a 300-person mobile and online game publisher in Berlin based on a single model: It takes popular games in Asia and publishes them in the West.

Aeria Games has done this for seven years now, and the strategy has enabled it to grow when many game companies have had a tough time.

“It started as an idea seven years, and that’s what we’ve been doing ever since,” said Tom Nichols, the chief operating officer at Aeria Games, in an interview with GamesBeat. “At the time we started, there weren’t many good free-to-play games in the Western markets. There were a lot in Asia, so we adapted them to introduce free-to-play games to the West.” 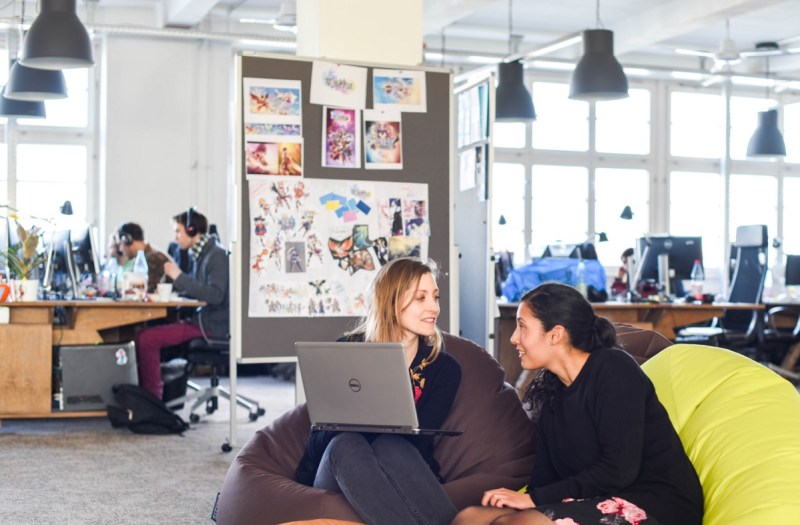 Much of that success has been on web and PC online games, and Aeria is still trying to find its footing in mobile, which has become a $34 billion market worldwide. The good news is that there are many successful mobile games in markets such as South Korea, China, Taiwan, and Japan, and Aeria has partnered with companies in those markets to adapt the games so they can succeed in both Europe and North America.

Aeria began its expansion into mobile about three years ago. The first game, Immortalis, came from a Japanese game developer. It worked well, and now Aeria aunches such adapted games on a routine basis. This year, the company could launch a half-dozen games on mobile and PC. Most of those focus on the same hardcore or midcore markets for people who spend a lot of time playing. The main target is 25-year-old to 35-year-old males.

Since Eastern and Western art styles are very different, Aeria has to make a lot of drastic changes to the art for the games, and that is why it has built up such large internal game studios in Berlin. Other publishers, like Outspark, tried for years to succeed doing the same thing, but it focused on North America rather than Europe. 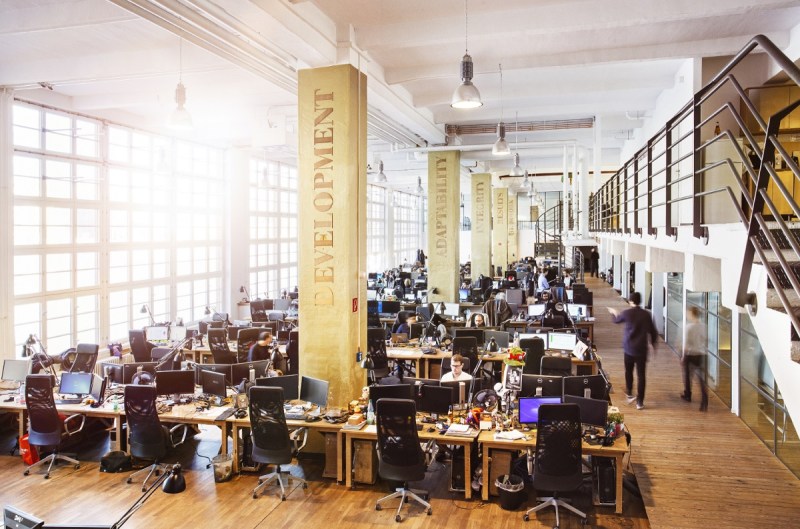 “Translating the games into English is the first step,” said Manuel Figeac, Aeria’s vice president for its internal studio, in an interview with GamesBeat. “Most of the games have never been made with forethought about internationalization. We had to find workarounds to release games in different markets, where languages are different. You have to add French, Italian, or German.”

One of the company’s biggest hits is Aura Kingdom, a fantasy online role-playing game for the PC made by Taiwanese game developer X-Legend. Aeria released the title in early 2014, and it’s been a big hit among anime fans. Since that did well, X-Legend has turned to Aeria over and over again for adaptations. Aeria also had good luck with Shaiya, a fantasy online role-playing game from Japan-based Nexon. That game was published seven years ago, and it still has an online following today. 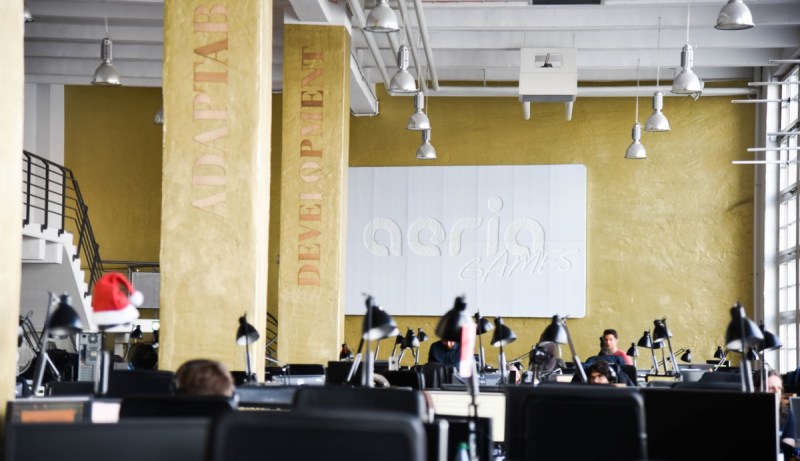 “Now we’ve got some interesting mobile games in the pipeline,” Nichols said. “We launched a real-time strategy game called Dawn of Gods a few months ago from a Chinese developer. We change the art style and sometimes the storyline as well. This game had Asian-looking heroes and buildings with curved roofs. It had a Three Kingdoms of Chinese history. We changed it to focus on classic Greek, Nordic, and Egyptian mythology. We changed the gods and the look and feel. It’s been successful us.”

Aeria, which is owned by Germany media company ProSiebenSat.1 Media, calls this “port and publish.” If it sounds like a lot of work, it is. And Aeria can work on something like four projects at once now.

“People ask us what we do that is special,” Figeac said. “In the PC market, you can take some titles from Asia to the West. But in mobile, it’s really two different markets. We specialize in changing a game from one market to the next. Marketing an Asian game in the West with no changes just doesn’t work. That’s why so many other companies have failed. We try to find an analogue in Western culture that resonates with the story and theme of the Asian game.”

In this line of work, it pays to have a diverse staff. While Aeria has almost all of its employees in Berlin, it is a very international company. It has employees from 44 countries. Nichols is a former marketer and executive at Sega, Atari, Turbine, and LucasArts. He joined Aeria a few years ago in North America and worked his way up.

Aeria continues to expand with new hires and new games. In April, it announced that it will adapt Bless Online for North America and Europe. Under development for more than six years, Bless is another massively multiplayer fantasy online role-playing game from Neowiz Games. The title has more than 1.2 million lines of dialogue, and there are 10 different races. Aeria hopes to launch the Westernized version next year. This is one particular game that Aeria won’t change all that much. Bless has some huge maps where 250 human players can fight against 250 human players.

“There are still a lot of gamers who can lose themselves in these kinds of worlds,” Nichols said. “It’s built with the Unreal Engine, and it looks amazing. We’re really happy to have that license. The MMO market has changed over the years, with more people playing on phones. But there’s still players who like this kind of immersion and interaction.”

That’s just one of many games in the works.

“We’re trying to get to making eight games at once,” Nichols said. “We may have a half dozen a year, one or two PC games and maybe three or four mobile games.”

Even with so many games in the works, Aeria isn’t that well-known. And that means it has to spend money acquiring users just like many other mobile and online game publishers. But its parent company is a big media company in Germany, and it owns several TV networks. It also hasn’t been shy about growing bigger through acquisitions. In 2012, Aeria merged with Gamepot, and ProsiebenSat.1 Media acquired Aeria in 2014.

“We can advertise on TV very cost effectively in Germany,” Nichols said. “That has been a big help for us in Germany. Our strategy takes a lot of risk out of the business.”

Figeac added, “We are also making bets on games that have already been successful elsewhere. We have better confidence that it’s really going to work. We know retention will be good and players will spend in the game. That has been proven time and again.”

Above: Dawn of the Gods

“People haven’t heard about a lot of the games that we’ve been working on,” Figeac said.

“But we want that to change,” Nichols said. 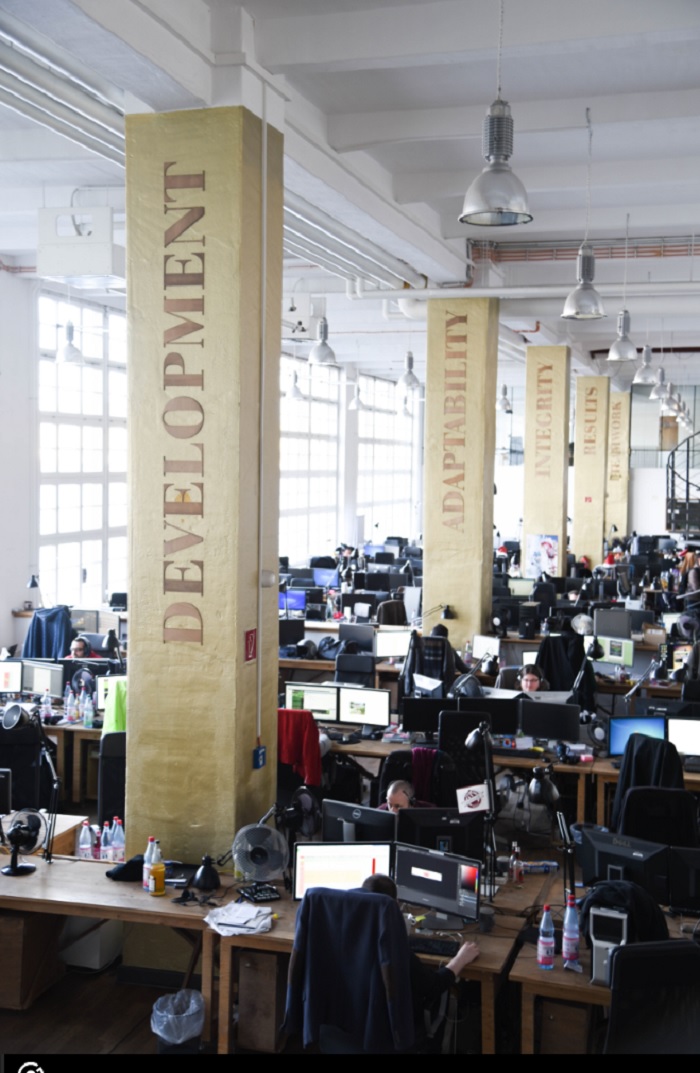