Bernard Yee has worked on a lot of games over the decades, from EverQuest to Bungie’s upcoming Destiny. But you can bet that he never worked with a team as goofy as PopCap Games, the Seattle-based division of Electronic Arts, which just published Plants vs Zombies 2: It’s about time!. 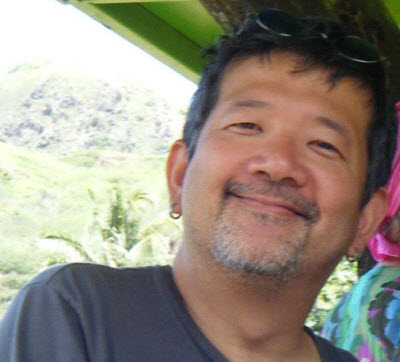 Above: Bernard Yee, a senior producer at PopCap who worked on Plants vs. Zombies 2.

PopCap has a penchant for funny games, and it has created another one that seems to be resonating with the mass market. The title was released last Thursday, and it has shot to the No. 1 free game spot on the Apple iTunes App Store. We rated the game a 90 out of 100 in our review. But the game has stirred the passions of Internet denizens who don’t like the switch to free-to-play.

Yee, senior producer at PopCap on the game, defended that choice in an interview with GamesBeat. Yee also explained a lot of the design decisions — including the crazy plot about Crazy Dave going back in time to eat a great taco for a second time — behind Plants vs. Zombies 2.

We found the discussion with Yee to be both candid and amusing. Here’s a transcript of our interview with Yee.

GamesBeat: I liked the subtitle there, It’s About Time. I imagine you were poking fun at yourselves a little for being slow to come out with the sequel.

Yee: One of the things I love about Popcap, coming from a studio like Bungie—Bungie is a serious place. Those guys are fantastic, but their games are very serious. Popcap has a different vibe. It’s very much about not taking ourselves too seriously. You saw [PopCop cofounder and EA VP] John Vechey and his Peggle 2 announcement. That’s what I love about Popcap.

Bernard Yee: Free-to-play – you know this – allows us to reach a lot more players. I’m not going to speak for any other franchises, but Plants vs. Zombies has this unique appeal, right? It appeals to moms and dads and 4-year-old kids and World of Warcraft players. When you have that kind of reach, you want to reach as many as possible, and free-to-play is the way to do it.

I think that for 99 percent of the people that are suspicious of free-to-play, they’ve had other examples of free-to-play being used as a negative feedback system for players. You pay to avoid frustration. That’s not what we do. You can experience, what is it, 96 percent of the game’s content, start to finish, without ever paying a penny. And although you have to grind for stars to unlock worlds, the grind is not a FarmVille grind. It’s new gameplay modes, new challenges.

The thing with Plants Vs. Zombies, which was one of the few hard design flaws, is that you get stuck in a rut of using your plants, and they carry you through. To get stars and unlock worlds, you have to replay levels with different constraints, which forces you to use different plants. You can take plants from Cowboy or Pirate and bring it back to Egypt. It’s a fantastic design loop. We force you to replay. We give you new constraints and new plants. You play it and you unlock the world. But if you want to pay for convenience and just unlock Egypt or Pirate or Cowboy faster, you can do that.

That’s my very pragmatic answer. I think free-to-play is the right business model for this audience and for this IP. My personal thought is that gamers started out supernerdy, doing the hardcore things that no one else appreciated. Finally, we have a chance to make everyone a gamer. I’ve always wanted to be in a world where playing games is just like watching movies. Free-to-play is one of the things that will do that. There are 200 million gamers out there that never played a console game before. Now they play Plants Vs. Zombies or Candy Crush or Bejeweled or Guitar Hero or Rock Band or the Wii. This is a good thing. Old people are gamers now.

GamesBeat: I did give you guys a 90 out of 100, which is a pretty good score for us. I didn’t quite understand what was the intention there. When I need 20 stars to go on from the second world to the third world, I realized I had to retread over old ground, but I didn’t quite realize that you wanted me to use different plants. That means there’s a purpose to what you guys did.

Yee: Absolutely. One of the challenges is “Don’t plant on Dave’s mold colonies,” which takes the left two lanes out. Which means you can’t rely on the peashooters much. You have to do melee and blockers and potato mines. It forces a player out of their go-to strategy and makes them try different stuff. That was our goal.

GamesBeat: I was guessing, but I wondered, did it take so long to make because you had to playtest all of this stuff and get it just right?

Yee: I joined the company about a year ago. Popcap had been thinking about a sequel for a long time and working on prototypes. It’s a lot of pressure, because Plants Vs. Zombies—I came to Popcap to work on this game. It’s one of the few games I would choose to go work on right away. It has a lot of expectations behind it. No one wanted to screw it up. You have so many different kinds of players and you don’t want to let any of them down.

They spent a lot of time prototyping ideas until they found the right one. The mechanic that they loved was plant food. It’s our version of Mario’s mushroom, the power-up that changes your character for a moment. It’s a brief moment of joy for all your dudes. That’s what took so long. You have to find that right thing. Once you find it, you can start building.

GamesBeat: It seems like the kind of game where if you change one of those little conditions, the little parameters, the level changes from easy to really hard, or vice versa.

Yee: That’s right. Game balance is important. Plants Vs. Zombies has never been about being a super-brutal game. We want the player to feel happiness and joy and success. But you don’t want to make it too easy, because the player’s not going to think you take them seriously. I think we’ve done a good job at it. If you didn’t quite realize we wanted you to replay the levels with different plants, though, that’s something we may want to think about and point out more explicitly.