If you just turned on your brand new Google Pixel, iPhone 7, or iPad Mini for the first time, you’re probably looking for some games to see what your new hardware can do. GamesBeat knows what that’s like, and we are here to help you with a selection of games you should install immediately

Check out the GamesBeat staff picks for gaming on mobile:

Orbit is a simple and beautiful puzzler. Instead of arranging falling blocks or sliding around numbers, you must guide celestial bodies around gravity wells. You throw planets into orbit by pulling back on your touchscreen and flinging them like a slingshot or a fowl in Angry Birds. The physics simulation then takes over, and figuring out how the balls will react to different scenarios is a huge part of the fun of this game.

Minimalism is in on mobile. Orbit isn’t the only simple-looking puzzler that you should download. I also recommend Mini Metro. This game puts you in charge of managing a city’s transit system. Subway stops pop up around your screen as different shapes (circles, squares, triangles, and more), and it’s your job to connect these various stops so that the little circle, square, and triangle people can get to their final destinations. Your game keeps going until passengers overrun one of your stops. But the best part is its aesthetic, which looks exactly like a transit map from New York City with a basic color scheme and bright, primary-color lines to represent the various tracks and trains. Mini Metro is typically $5 on iOS and Android, but you can get it for just $1 on iPhone and iPad right now. 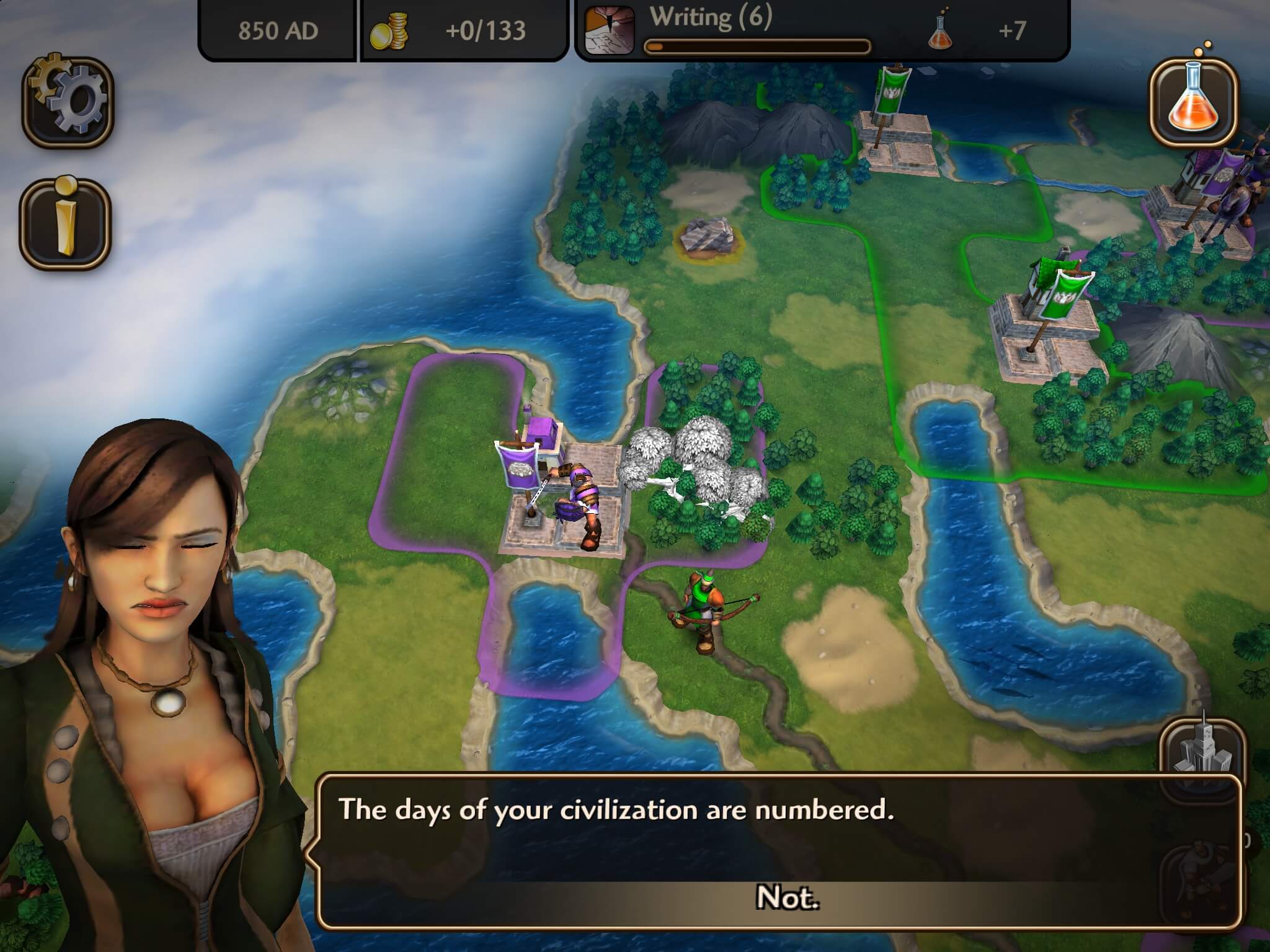 Civilization Revolution 2 is a lot like the original Civilization Revolution, but it features better visuals as well as additional civs and units. But this is a great mobile take on the Civilization 4X-strategy series. Instead of requiring you to sit at your PC for hours at a time to absorb all the information you require to play through something as complex as Civilization VI, publisher 2K Games has streamlined and simplified the gameplay to make for quicker, simpler matches while also maintaining the core elements of Civ. If you want something tactical to play on that new iPad during the holidays, this could keep you busy for a while.

My smartphone exists for two reasons: to stay in touch with my wife, and to play Hearthstone. Blizzard Entertainment’s blockbuster digital card game is by far my favorite game in mobile gaming. It’s (mostly) short play sessions are ideal for when I have a few minutes to kill while waiting in line, yet I can play it for hours as well during a car ride or while grinding out miles on the exercise bike (it helps me push through the pain!). It is a memory hog at 1.94GB on iOS, but it’s also one of a handful of apps that I use each day. The interface works well on a touchscreen, and on larger phablets, it’s easy to read the card and even play with the bells and whistles of the interactive game boards. My only compliant is that I can’t use a deck tracker — these don’t work on mobile — but otherwise, Hearthstone is my go-to app and the first thing I download onto any mobile device I use. 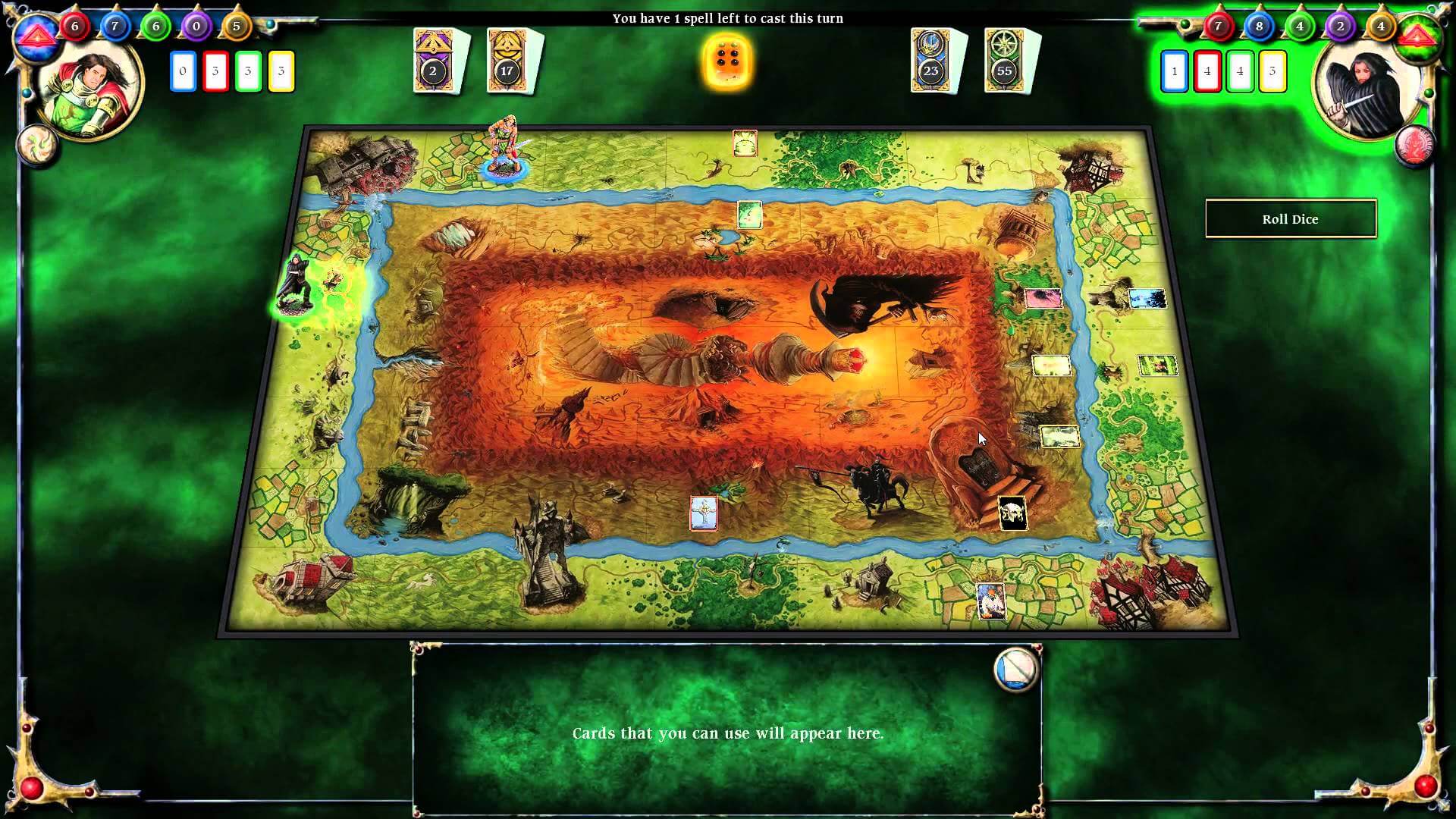 Above: You’ll never lose any of the pieces!

Talisman has long been my favorite board game. My closet friends and I have been playing this classic (either its First Edition from the 1980s or the fantastic Fourth Edition from Fantasy Flight Games) for well over 25 years. Nomad Games has re-created this game flawlessly, incorporating areas for some common house rules, multiplayer, and frequent updates with new characters and expansions. It runs well on every smartphone and tablet I’ve ever owned, and while the A.I. isn’t as bloodthirsty as an old friend, it will put pressure on you as you try to make your way to The Crown of Command and win the game. 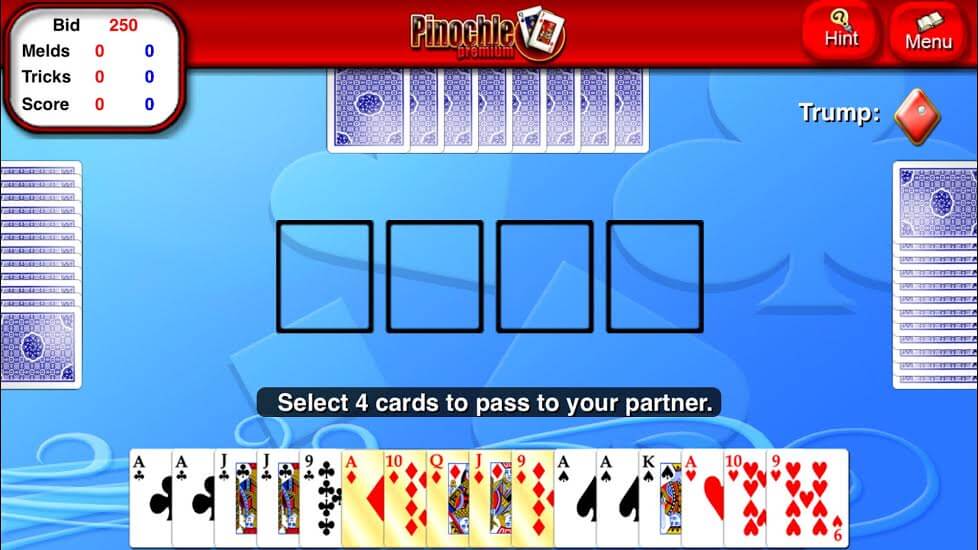 The Wilsons have a long history of playing pinochle (my great uncle used to hustle people in my hometown’s card room decades ago, I’ve been told). Sadly, most of the old card game’s players have passed on, and we haven’t played it at a family gathering since my dad’s death in 2012. But I still find ways to get a fix with this digital take on the card game. It offers simplified and traditional, classic or modern rules; deck size (some people prefer double-deck pinochle), how many cards you can pass to your A.I. partner, and other tweaks. It’s a fun way to play a game that, right now, I have no other option to play.

At least until my own children are old enough to count cards and remember trump.

Super Mario Run is simple Super Mario Run is simple (everyone’s favorite plumber runs on his own without stopping); you just tap to make him jump. Yet it feels just as responsive as a traditional platformer from Nintendo. You’ll likely beat all its levels pretty quickly, so the challenge of collecting every special coin will keep you playing for a long time. Also, yes, this game costs $10. It’s worth the price, even if the idea of paying for any mobile game seems crazy to you.

I like rhythm games, and I like Final Fantasy. Specifically, I love the soundtracks for Final Fantasy games. So Theatrhythm, a music game featuring a lot of the best music from Square-Enix’s RPG series, is an easy favorite of mine. You have to spend money to unlock most of the songs in the game, but at least this à la cart method makes it easy to only get the songs you care about.

Supercell has crafted a game that I’ve played just every day in the past year. You can test your wits against another person in matches that last about three minutes. That the game is fun is why the it’s generated more than $1.1 billion from the free-to-play mobile market so far this year, according to market analyst SuperData Research. But this game is a rarity among the top-grossers because of its gameplay. It isn’t super-fast, but you have make decisions that resemble a multiplayer-online battle arena (MOBA) like League of Legends of Dota 2. You decide what warrior to send down two lanes, while your opponent does the same thing simultaneously. You have to master choosing the exact timing to release your warrior, and you have to counter the enemy’s with just the right foil. Your object is to destroy the enemy’s three fortresses and to protect your own. It sounds simple, and that’s the point.

You can fight with just one hand on your smartphone, and each battle is different because you’re playing against a real person.

I’m a gamer, so it takes a lot to get me off the couch. Niantic did that with this game, even though I wasn’t much of a Pokémon fan. I reveled in playing an accessible game with my family during the height of the Pokémon Go craze. And I’m still playing it, even though most people I know are no longer doing so. It helps you change your habits, as the more you walk, the more you can collect items at PokéStops and randomly run into creatures that you have to capture. It’s also fun to hatch eggs and see what you get, and fight others at Gyms. It is the most primitive of augmented reality games and location-based games, but Niantic outsmarted everyone by remembering there are a billion mobile players. The result: 500 million players and $600 million on revenue in the first 90 days. Now we’ll see if Niantic can launch enough updates to keep players coming back.

Color Switch has had more than 130 million downloads in the past 12 months because it’s so simple. You start with a colored ball, and you tap the screen to make it bounce. If your ball hits a different color, then your game ends. If you hit something of the same color, then you can advance higher through the puzzle. You just keep advancing through the puzzles, and soon enough, you’ll wonder where the time went.