Independent game development is the foremost frontier for exploring new ideas and concepts in a medium too often hampered by a need to retread the same ground. 2014 brought with it a surge in early access releases and the first big fruits of the crowdfunding craze, making the creation and release of these indie titles often as experimental or temperamental as their subject material.

We waded through the releases of this past year and selected the 15 sharpest, most creative, and most addictive indie games of 2014, listed below in order of release date. We only considered those games that had a full release. Playable alphas or early access builds for titles like The Forest, Rust, Superhot, or Broforce were often interesting, but they were not eligible. Feel free to let us know in the comments what you think about the games we did profile. And tell us what you would have added or taken away if this was your list instead of ours. 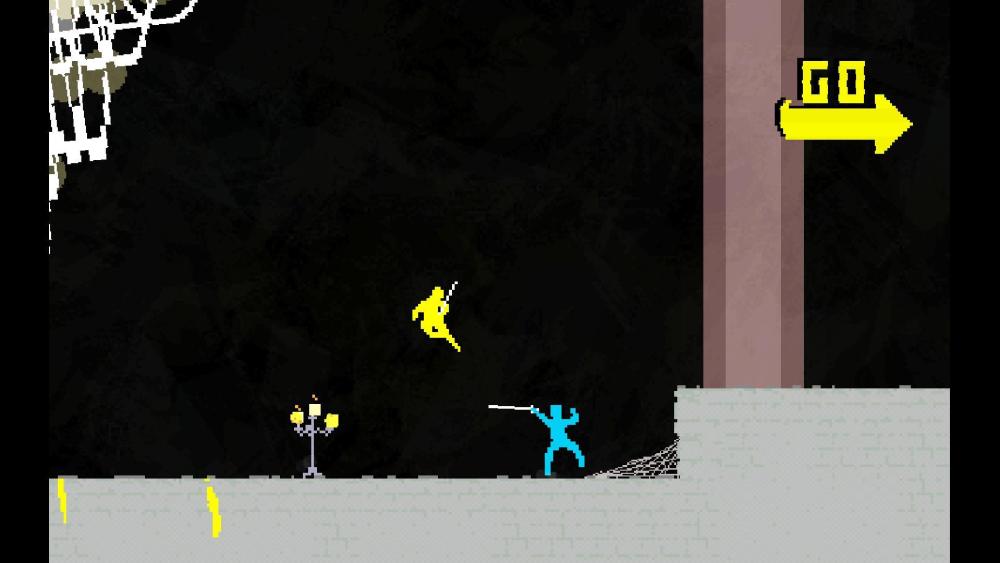 Above: Nidhogg tested player reflexes like no other game this year.

No one-on-one game better tested your twitch reflexes this year than Nidhogg, a fencing game where a single direct blow was fatal and blocking was a matter of pixel-precise timing. One player achieves victory by reaching the far end of their opponent’s side of the stage. Slicing down or otherwise killing your enemy gives you a few seconds to run forward before they respawn. Your reward for reaching the far end is the honor of being summarily devoured by a horrible-looking Norse dragon.

Each battle was a series of quick, fatal matches across multiple sparse screens, your character’s small but deadly fights playing out against backdrops with massive swinging chandeliers or cascading waterfalls. But Nidhogg was at its best when it stuck you and your opponent on the opposite end of a narrow corridor, where your excuses for failure were just as slight as your fencer’s breathing room. If you wanted simple but undeniable proof of your domination over any of your gamer friends or foes, you couldn’t find a more dispassionate judge of talent than Nidhogg. 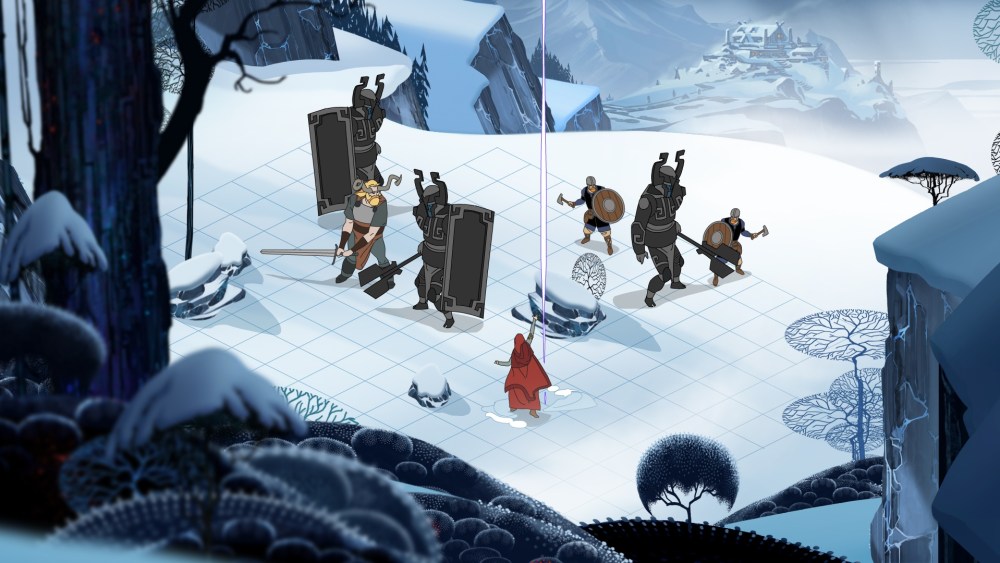 Above: Everything in Banner Saga, from combat to decision-making, was a deliberate process.

If every crowdfunded game came out as pristine as The Banner Saga, the economic model of the industry would effectively be split in two. This long caravan trek through the harsh mountains toughened players up until they could stand hand-in-calloused-hand with the towering Varl men they fought beside and against. You guided this ragtag ensemble in hope of finding a weakness in the Bellower, the leader of the war-hungry Dredge. The inescapable, tough decisions the player had to make on behalf of the caravan where often more brutal than the deliberate, turn-based battles that defined the Banner Saga’s bleak but beautiful campaign.

Above all of that is a triumph of aesthetic design on nearly every front. Journey composer Austin Wintory brought in a couple of famed Youtube singers in addition to the Dallas Wind Symphony to create a lush, often harsh score. The hand-drawn characters felt vibrantly alive, even as we struggled to bring down a heavy axe upon their heads. The Banner Saga had only a few rare moments where it wasn’t gorgeous to behold, drawing us into a desperate but hearty world that was painful to leave. 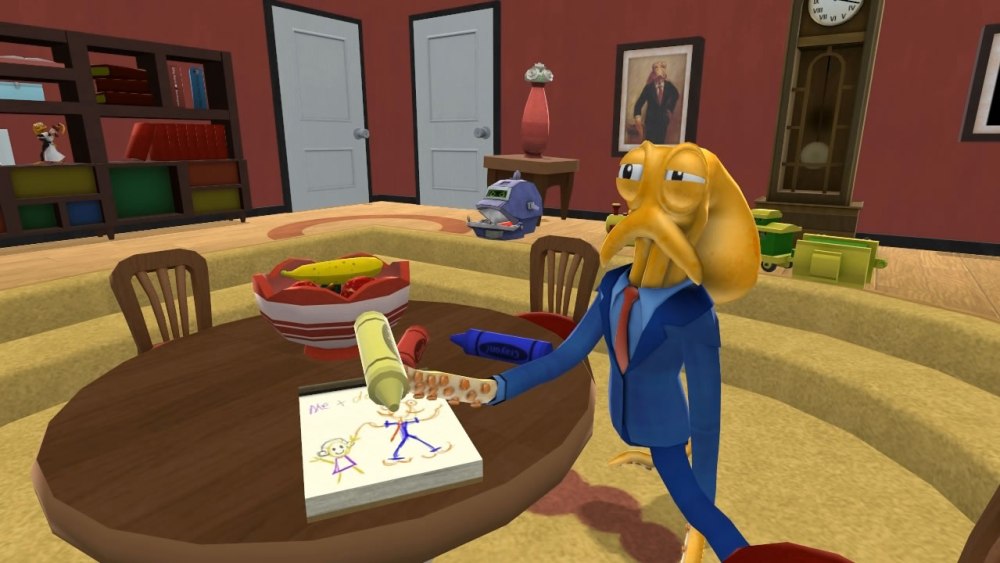 Above: Octodad’s flailing attempts at normalcy were always charming.

Never underestimate the appeal of a goofy dad. While the original Octodad had its enthusiastic supporters (myself included), the sequel proved that the tech demo of a clumsy Octopus faking his humanity by trying to perform everyday tasks could be made into a full game. Like the impossible-by-design runner QWOP, in Dadliest Catch you have to wrestle with purposefully obtuse controls to make a single movement. The later stages of the game focused too heavily on making a precise game out of these mechanics, but user-generated content has kept our love for the bumbling mollusk alive.

That’s possibly because that, beneath the awkward controls and made-for-Youtube schtick, there was a familial sense of desperation. You weren’t just an Octopus, you were a dad. You weren’t saving the world by flailing toward a nuclear launch facility, you were trying to grill a few burgers for your somehow human kids and wife. All while keeping your suction-cupped identity a secret, of course. The struggle of a father is not one we embark on often in games, probably because they all can’t be as caring as Octodad. 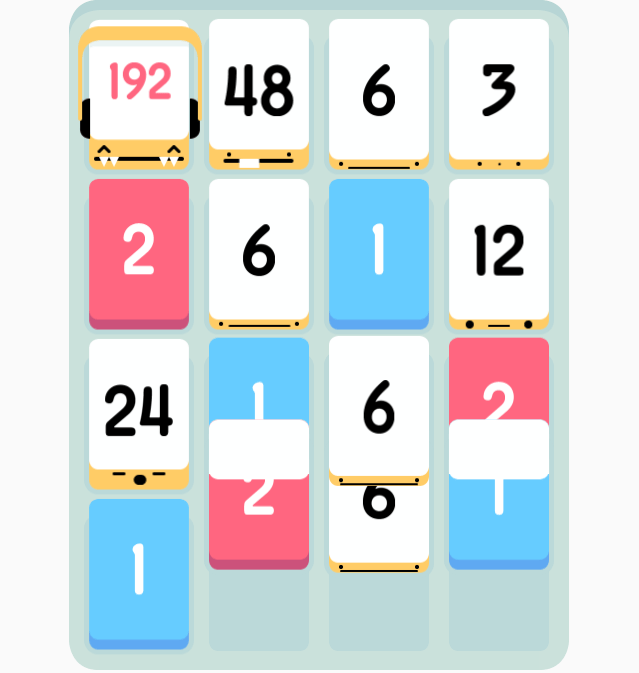 Above: Threes destroyed more free time than pretty much any other game in 2014.

For all of the visual panache and mechanical flair of the other games on this list, Threes is one many of us have played the most. By far. The simple puzzler, where you slid tiles on a grid in order to add up to three or the multiples thereof, is on the shortlist for the addicting mobile hall of fame. If seeing mathematical equations everywhere wasn’t already a known phenomenon, Threes would be one of the few games since Tetris to have some players seeing its patterns and images everywhere outside the screen.

Threes managed to further simplify the satisfaction of math problem-solving found in sudoku and blend it into the sliding block puzzles we all seemed to have when we were kids. All it needed then was a leaderboard, and the world never stood a chance. 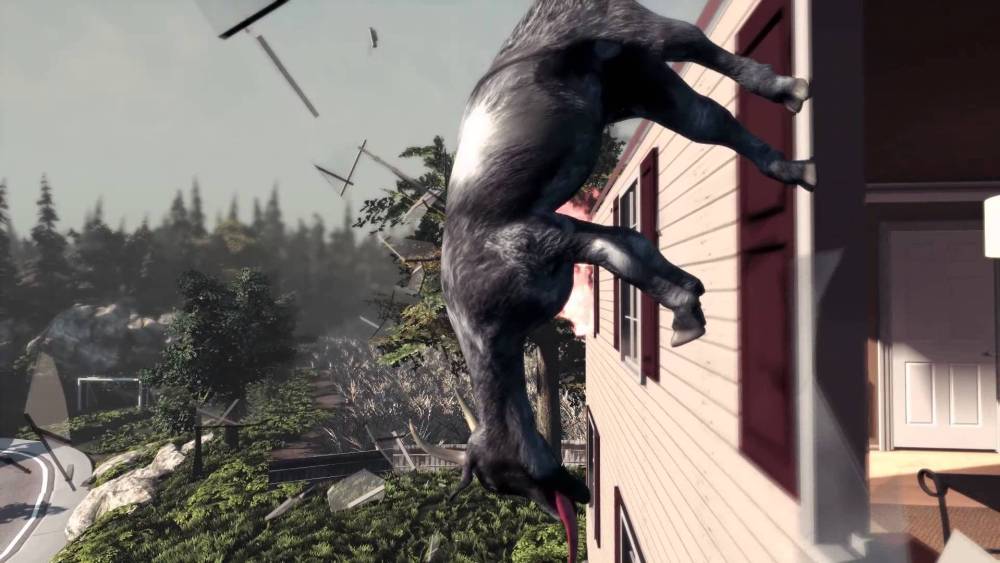 Above: Goat Simulator proved just how profitable stupidity can be.

Goat Simulator is a joke. It was released on April Fool’s Day. It has no connective design tissue beyond its few interactive elements. It’s a genuinely ugly game, and it’s not even that funny. But Coffee Stain Studios isn’t making a massive, faux-MMO expansion for a game that didn’t get set certain corners of the Internet on fire.

Like Octodad: Dadliest Catch (and another game further down our list), Goat Simulator exists largely thanks to the staggering popularity of Let’s Plays, gameplay videos recorded – and often spoken over and riffed on – by commentators. Youtube commentators snatched up early access codes for Goat Simulator and licked, kicked, and headbutted everything in sight. The economy of bemused hatred is often just as great as that of genuine interest, and Goat Simulator rams into the softest part of the brain that screams, “This is so stupid.” The profound dumbness of being a goat running around trying to sow chaos was never not apparent, in fact it was one of the chief factors that lead to people talking about and watching it as much as they did.