Bethesda’s Arkane Studios, now owned by Microsoft, revealed the game during Microsoft’s Xbox event on Sunday at E3. It should release in summer of 2022. 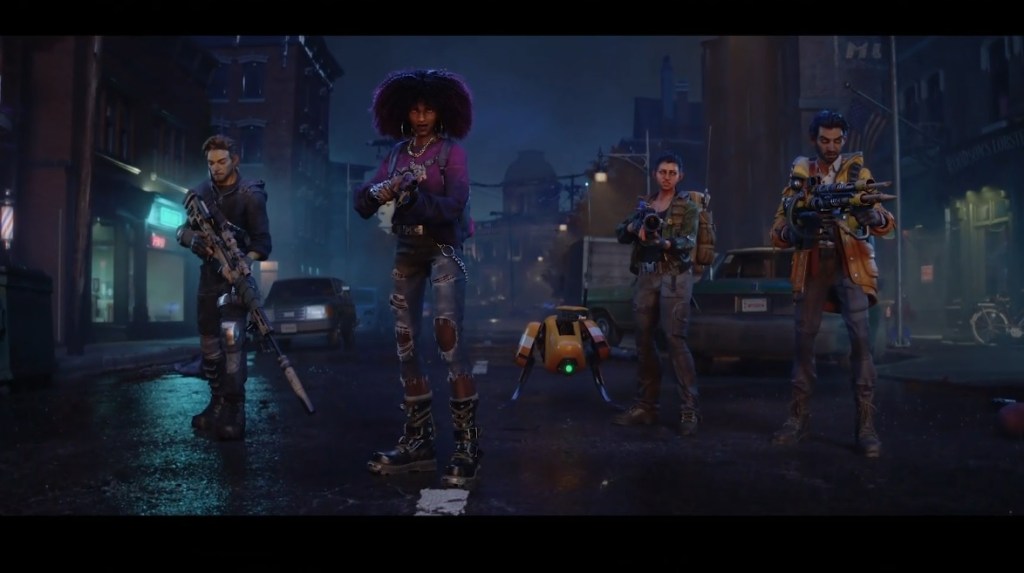 The game features a team of four civilian heroes with intriguing sci-fi weaponry and a dog-like robot companion. They fall under attack by a number of creatures, including vampires. The vampires have supernatural powers, but the squad uses all sorts of high-tech gear to take them down.

The team reminds me a bit of the old Mod Squad. They’re a bunch of ragtag survivors in RedFall, Massachusetts, and they’re getting into some deep shit. They use tech to vaporize vampires and quick transport to a roof, where they can snipe. But the vampires can pick them up and toss them around like rag dolls.

Founded in 1999, Arkane Studios has become an acclaimed development studio in the game industry. It has teams located in Lyon, France, and Austin, Texas, and it has made games such as Dishonored, Dishonored 2, and Prey.

The quaint island town of Redfall, Mass., is under siege by a legion of vampires who have blocked out the sun and cut the island off from the outside world. Trapped with a handful of survivors against a horde of creatures threatening to bleed the town dry, players will choose from a diverse roster of heroes and group up with others to create the perfect team of vampire slayers.

Arkane said Redfall blends single- and multiplayer options seamlessly, enabling the player to venture into the darkness alone or to squad-up with up to three friends for four-player co-op. Teammates can try different hero loadouts and combine their strengths to overcome the vampire legion and their brood of maniacal followers.