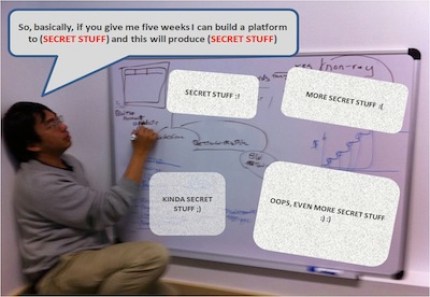 Is your job about to get a lot more addictive? Maybe — Sizhao Yang, one of the original team members behind insanely popular Facebook game FarmVille, is working on a new startup called BetterWorks that wants to create “rewarding work environments.”

Yang was co-founder and chief executive of virtual environment startup MyMiniLife, whose team worked with Zynga to develop FarmVille. In August 2009, shortly after FarmVille started to take off, Zynga acquired MyMiniLife, and the company’s founders joined the Zynga team. And FarmVille has continued to grow, becoming Zynga’s flagship title and also one of the main targets for critics who say Zynga is little more than a copycat. (CityVille finally unseated FarmVille this week as Zynga’s biggest game.)

According to Yang’s LinkedIn page, he left Zynga in November 2010 to join BetterWorks, where is he’s serving as the chief operating officer and chief financial officer. The company is still in stealth mode, so both Yang and co-founder/CEO Paige Craig said it’s too early to talk about the product. On its web site, the company says it’s working on a product that “allows business owners to create rewarding work environments quickly, easily and affordably.”

Yang and Craig are both angel investors, while George Ishii, the third co-founder, was the a co-founder of Geni, the startup that eventually spun out business micro-blogging service Yammer. The company is based in Santa Monica, Calif.

[image of Yang via the BetterWorks blog]