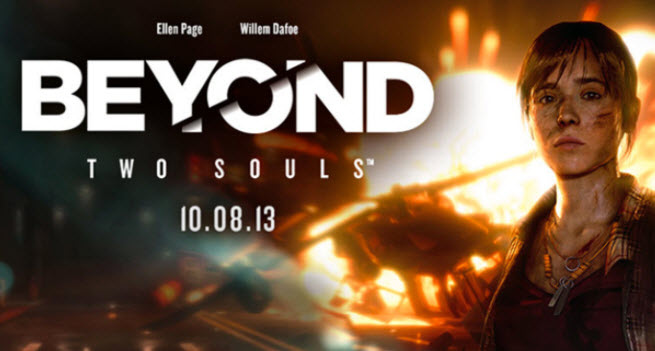 LOS ANGELES — Beyond: Two Souls is out to capture the moral dilemmas that you face when you have supernatural powers. Will you use them for good? Or evil?

That’s the heart of the preview scene that Quantic Dream is showing at the E3 video game conference this week. Beyond: Two Souls is a cinematic game with an engaging story, and it was one of the top titles previewed at E3 last year. Sony is promoting it heavily again at this year’s show in anticipation of its Oct. 8 launch on the PlayStation platforms. 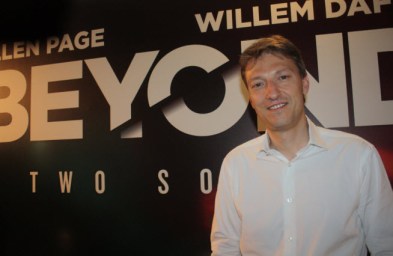 The story tracks the life of Jodie Holmes, a girl who has an invisible, ghost-like soulmate named Aiden. She can summon Aiden when she needs him, and Aiden can use supernatural powers like going through walls, choking people, and possessing them. The voice and motion actors include Willem Dafoe and Ellen Page (Jodie). The title is heavily anticipated in part because Quantic Dream always pushes the limit on making artistic, movie-like video games. Its past games include Heavy Rain and Omikron: The Nomad Soul.

With Beyond: Two Souls, Jodie has been recruited into the CIA. But it’s not for her own prowess as a spy, as she is one of the weakest-looking heroines you’ll ever see in a video game. It is because she can tap Aiden’s supernatural powers to do things that no one else can do.

Quantic Dream chief operating officer Guillaume de Fondaumiere told GamesBeat in an interview that the scene shows the choices that Jodie has to make and how she has been repurposed into a weapon by those who want to use her and Aiden for their own purposes. She has been assigned to take out a warlord named Jamal in Mogadishu, Somalia. At the demo’s start, she had just made a harrowing escape with a small Somali boy. Breathless, she says that she must part ways with him. He becomes emotional about that, but they separate.

Then Jodie begins to move up on Jamal’s compound in stealth. She can move quietly behind someone and then take them out herself. Or she can tap Aiden, who can choke the guards to death. If they catch Jodie, it’s all over. Once she spots the compound, she finds it’s heavily guarded. She switches over to Aiden, who crosses the street unseen. He finds a side door and unlocks it for Jodie. She then sneaks into the compound and sends Aiden out once again.

“As the player, you can switch between Jodie and Aiden at any time,” de Fondaumiere said. “You have to find a way to work together.”

Aiden is kind of a wispy smoke character who moves through walls and overhears conversations. He sneaks into a command center and identifies the warlord. You then have to decide how to attack. You can use Aiden to take possession of the body of one of the guards. The guard then walks over to the command center and sprays everyone with bullets. Jodie runs in to view the massacre and confirm the kill for the CIA. But then the little boy comes in and finds that the slain killer is his father. He points the finger at Jodie, who runs into the street.

A bunch of angry Somalis gather in the street and block Jodie’s path. She uses Aiden to clear a path. Some of the soldiers shoot at her, wounding her in the leg. She moves into a house and opens the door. Then she seeks help from others in the bar. No help is forthcoming. Jodie escapes into a building, but the Somalis surround it and pound on the door. She can escape through the roof. But if she is captured, she is taken out into the street. At that time, an extraction helicopter arrives and strafes the crowd. Soldiers drop down and rescue Jodie.

The scene is riveting, and the acting is top notch. But it is not very interactive. If you make a slightly wrong or late decision during the pursuit, you will be captured. The scene tells you what it’s like to become a supernatural agent for the government and what happens when you allow yourself to be manipulated in a bad way.

We caught up with de Fondaumiere at a recent Sony press event in advance of E3. Here’s our video interview.