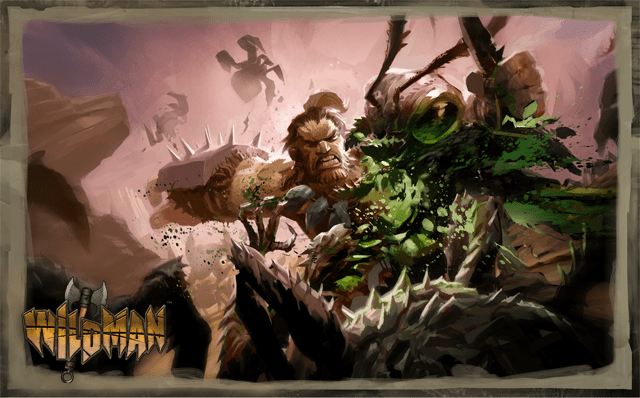 Now, the developer has reportedly laid off a huge chunk of its staff, according to Kotaku. Subsequently, studio founder Chris Taylor told GamesBeat that he was reducing the size of the studio from around 50 people to about 10, with the aim of conserving the company’s cash reserves.

“I won’t know how many until I circle up the wagons on Monday and see if there areany founders that are going to stay for reduced wages to help conserve cash while we (a) wait out the campaign, or (b) find more work,” Taylor said in an email. Taylor had previously told us that Gas Powered Games was reducing its staff from around 60 people down to about 20. But the Kickstarter isn’t necessarily off to a great start.

You can see in the chart below that the project’s trajectory isn’t promising. The blue line would need to be much steeper: 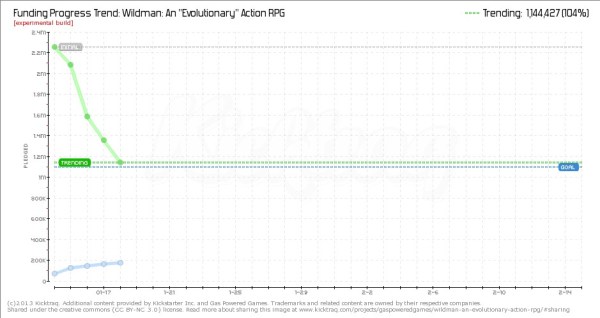 Taylor started Gas Powered Games in 1998. The company found major success with the launch of its first title, PC role-playing game Dungeon Siege in 2002. The studio later shifted to real-time strategy games with the release of Supreme Commander in 2007.

As of the time of this post, the Kickstarter is still live and taking pledges. While it’s especially unlikely now that Wildman will reach its funding goal, Taylor will have to address what happens if it does. That is, if he doesn’t pull the plug on the project.

We’ll keep you apprised of any further developments.