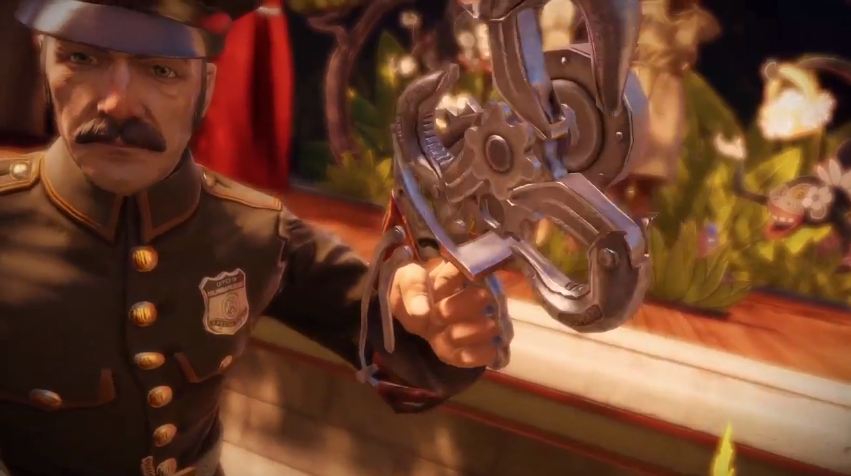 BioShock Infinite is a violent game. The thing is — and this is possibly a spoiler — you’ll use your face-ripping, flesh-melting, eye-pecking weapons and powers to take out white supremacists. That’s game violence put to good use.

In its latest trailer for the upcoming BioShock Infinite (due out March 26 for PC, PlayStation 3, and Xbox 360), Irrational Games is focusing on the first-person shooter’s combat. Like the original BioShock, the hero’s right hand is for his guns, and the left is for supernatural powers. Those magical abilities include flame projectiles and a murder of crows that attack your enemies. Of course, this time around the protagonist also has a dual-purpose melee weapon that players can use to ride an air-based rail system and/or rip the faces off of Columbia’s racist pigs.

BioShock Infinite is a followup to Irrational’s BioShock, which released in 2007. It stars Booker DeWitt, who is attempting to wipe out his debt by rescuing a girl named Elizabeth from a floating American secessionist city called Columbia in an alternative-history version of 1912. The aerial metropolis is populated by U.S. nationalists who worship the founding fathers and a “prophet” named Father Comstock.