Up until now, Dragon Age has had been rather inconsistent when it comes to combat.

Between Dragon Age: Origins and Dragon Age 2, players tackled combat in one of two distinct styles. Our fantasy avatars dispatched enemies through a high-angled tactical view or real-time hack-n-slash. But in a recent playable PC demo within the far more open world of Ferelden, these two styles felt more fluid and symbiotic than ever before in the series.

Up until now, the combat in Dragon Age has been of two distinct schools of thought. Once a player decided on their combat style, they found little motivation to change it up or experiment with other strategies. Tactical combat froze the actions and kept the camera higher and removed from the action for a more massively multiplayer online game feel, while fighting in real time kept the screen flooded with gore and floating status effects. 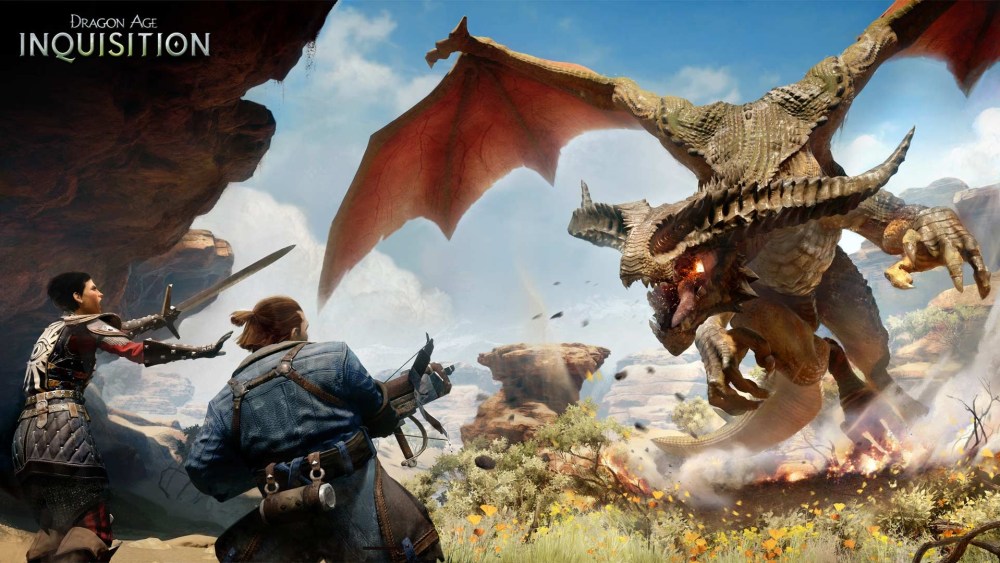 Better views of the carnage

Comparatively, Inquisition encourages more swapping between the two methods. Most of this stems with Bioware’s improvements to the camera system. Players can move the camera almost anywhere in 3D space around the immediate battlefield. In the tactical view, this control makes every battle into a grotesque ballet of mace impacts and arrows connecting with heads. Full control over the camera also removes the biggest visual hang-up between combat options, making switching between them feel more instant and seamless.

By giving player’s smoother camera control, tactical fighters will be able to plot their movements between enemies and target specific limbs with greater ease. The latter becomes all but mandatory in large-scale battles. The middle of my demo had my party fending off against one of Ferelden’s many dragons by crippling the front and hind legs before going for more vulnerable regions.

This control feeds into the other big improvement to Inquisition’s combat: streamlined battle feedback. Both Dragon Age: Origins and Dragon Age 2 filled the screen with health and mana bars for each character, markers for enemy locations, shaded cones or circles representing spell ranges, and floating indicators for damage and status effects. All that information is still available and accessible in Inquisition, but most of it is either downsized or put behind menus for each character. 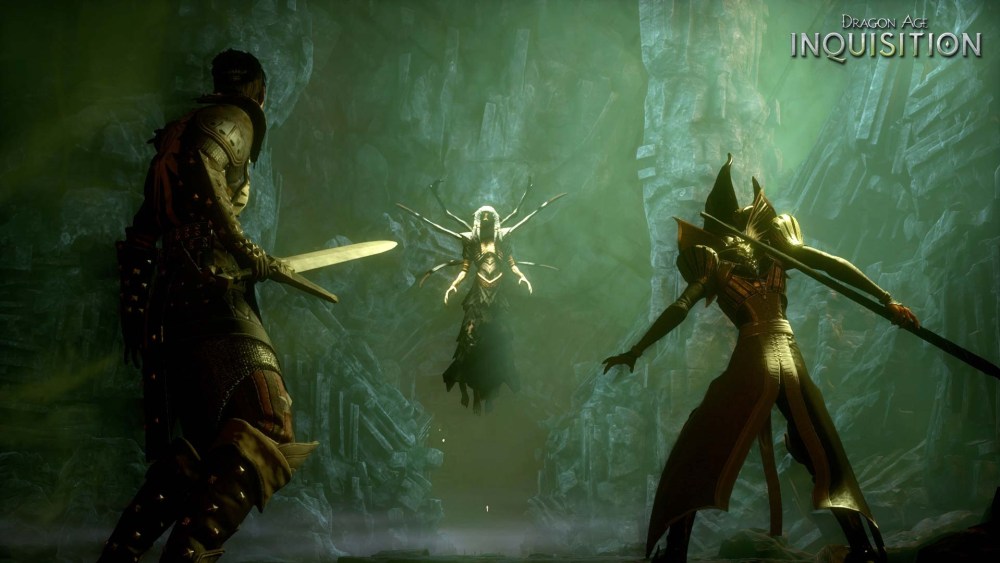 Above: Inquisition keeps the screen free of a lot of visual clutter.

This leaves most of the onscreen real estate open to more real-time feedback. Like in Origins or Dragon Age 2, defensive spells still appear for a brief time above the affected characters when cast. But now their effects also remain visible on their health bars as long as they are active. A shield spell my mage cast on my Quinari warrior became a transparent blue box resting over his health bar. Previous games kept character attacks and abilities onscreen at all times. But with Inquisition, players access each character’s unique actions through small, separate menus. A lot less clutter is getting in the way of smashing through a Templar’s torso or watching the devastation of your whirlwind play out on a gaggle of demons.

By strengthening each combat option, Bioware has made the advantages of both more apparent and accessible. I found myself consistently switching between tactical and real-time combat for the first time in the series. Each view provided unique advantages depending on the action I was taking and the character I was controlling.

My short range characters fought in real time, while a tactical approach helped plot the attacks of my long-range characters. If the range of a demon’s swipe wasn’t clear at normal speed, a quick slow down helped remind me of everyone’s placement on the field and adapt my movements. With the camera movement smoothed out on both sides of combat, utilizing both became second nature.

Inquisition may finally help unite Dragon Age’s tactical and visceral fighters. Nothing separates the removed, strategic combat style from the up-close, tunnel-vision style, and combat overall is better for it. The player can now maximize both approaches on a whim with full control over the camera and a clean display. BioWare isn’t just giving gamers the best of both styles but also the capability to fuse them into one.