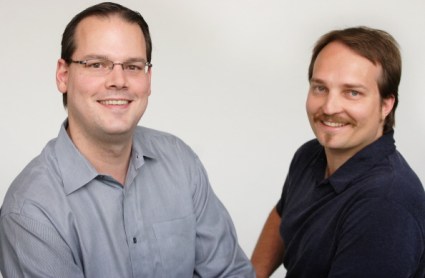 Ray Muzyka and Greg Zeschuk are the medical doctors who found a second career in video games. They’re the co-chief executives of BioWare, the division of Electronic Arts that is known for its outstanding role-playing games. BioWare’s pattern is to create a universe first and then build a game around that fiction. If it’s a hit, then they do more games in the same universe. Their latest project is Dragon Age Origins, a new fantasy game in a brand new universe that uses much of the same technology of BioWare’s recent big hit, Mass Effect. This game is a spiritual successor to BioWare’s Baldur’s Gate series and it will debut this fall on the PC, Xbox 360 and PlayStation 3. We caught up with them at the recent Game Developers Conference in San Francisco. 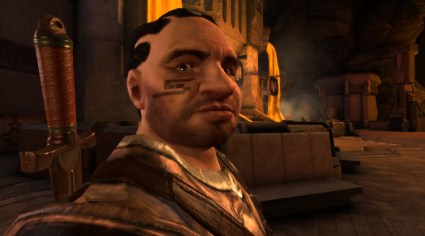 VB: What do you want to achieve with Dragon Age Origins?
GZ: We are trying to establish a landmark fantasy event. To aspire to anything as massive as The Lord of the Rings is pretty presumptuous. But maybe it’s the game version of that. It’s our reappearance on the fantasy role-playing game scene. Also, we want to establish a different genre within fantasy. We describe what we’re doing as dark heroic fantasy. It’s not the high fantasy of Tolkien or the low-fantasy of George R.R. Martin’s works that are brutal and gritty. We are in the middle of those things. We are creating a world that turns the usual assumptions of fantasy on its head. It will use all of the great technology that we have, and have great characters and storylines. We want to create something that any fantasy fan anywhere wants to play.

RM: With Dragon Age, beyond being a landmark fantasy event, we want to establish a platform that we can build on moving forward. We’ll have an IP platform, a game platform, with continuous release of downloadable content, and the use of user-generated content based on the tools we’re building now. There will be deep integration between the game and the community site. It’s a platform for continuing to expand the possibility space of the fantasy world. 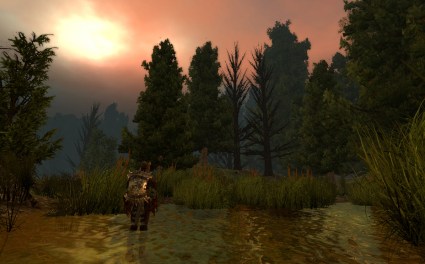 VB: What are you taking on? Where are doing things no one else has done?

RM: It takes the best of the high-fantasy Tolkien world and low-fantasy Martin worlds. It punches through that and establishes itself as something unique and new. In Tolkien, the elves are a race of high beings, almost angelic. In Dragon Age, it’s flipped on its head. They were enslaved by humanity at one point. As a result, they have a hatred of humans. So the entry point of the fiction starts with several hours of game play that are unique and different from anything else you’ve seen. They shape your experience of the fiction. If you start as an elf, you’ll experience first hand that racial tension in Dragon Age. That’s one example. There is a lot more depth to it than that.

GZ: We focus on the storytelling as we have always done. It will be a believable world that you can immerse yourself into. The story will adapt to the choices that you’ve made. You’ll see in the conversation system, that the game will go one direction based on the responses you choose in conversations. It’s much like Mass Effect in that way. Your companions on your journey will voice their support or disagreement with your decisions. And you will have a mix of elves and humans in your party. 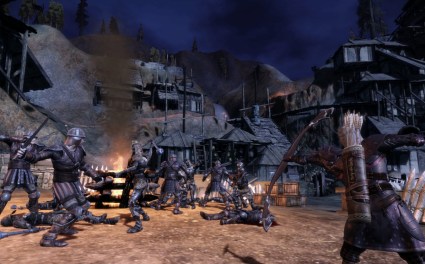 VB: Are you thinking about the same cross-media partnerships for Dragon Age that EA has done with Spore and DeadSpace?

RM: Yes. We are very interested in getting our content into books, movies, comics, figurines. We’ve got a book already, Dragon Age The Stolen Throne. We have our own internal business development people who are pursuing these opportunities. We invest in a lot of world creation at the start of the process. Our games are built inside universes. The game itself is just a snapshot of a particular time in that universe and there is much more that can be done in that universe.

RM: When we approach our games, we always have three stakeholders in mind. There are our employees. We want to make a great work place for them. We want to take advantage of organizational knowledge so that you can build things more efficiently from game to game. We always try to build faster and better. It’s not just good for the employees, but it leads to better results too. We also have our customers in mind. They keep us in business. We want to make great games they find engaging and emotionally satisfying. They will keep us in business and let us launch new franchises like Dragon Age. Equally important are our investors. Our shareholders and partners. We are investors ourselves. We want to increase the value of EA’s stock. Being operationally more efficient and striving for operational excellence is a big part of that. You build so that you can reuse tools and you plan for multiple platforms. It all flows back from making the best games. Then you can have a sustainable business. That’s how we operate as a division within EA.

VB: Did you have to change anything for Dragon Age, given there were layoffs?

GZ: We’ve been optimizing for a while. When we were part of Elevation Partners, we always tried to work smart and place the right bets. When you run an entertainment business, you have to invest heavily in the right bets. We take it very seriously. If the bets work out, you can continue to make the next one.

RM: One thing that is important is to continue to prospect for new customers and not just rely on the existing loyal ones. We have to bring new people into the family of community members. We try to be responsible partners within the EA family. 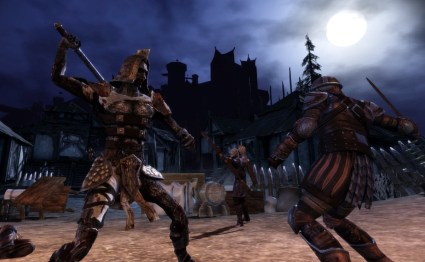 GZ: We are in the middle of a console cycle. With Mass Effect 2, we have the tremendous benefit of being able to work with a set of finished tools. Your efforts are much more economical. You don’t have to recreate the wheel.

VB: Virtual goods has become a favorite business model. Are you going to implement it?

RM: Virtual goods can come in many forms. One thing we have done is integrate the downloadable content plans within the game itself. So players can pursue new types of content quests directly within the game. Virtual items are part of that.

VB: So you don’t have to finish the game before you download something new?

RM: Yes, you can get something that expands the experience. Everything we do is integrated, whether that’s follow-on products, ancillary merchandise, or sequels. We think about film, television, books and literature.

GZ: You can do virtual goods in a way that is adding value to what you already paid for. That’s our approach. We want the consumers to know that when they buy something from BioWare, they got good value for their money. One of the dangerous areas of the nascent virtual goods business model is that people tend to price the items that you have to buy too high. Customers bear the brunt of that. 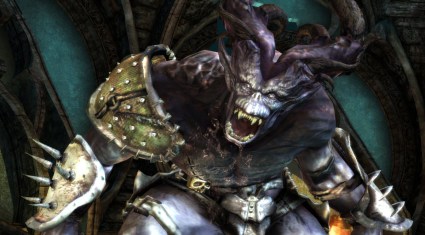 VB: EA is a partner in OnLive, the upcoming video games on demand service. Are you excited about that?

RM: Yes. We didn’t see the presentation here. We’ve been briefed on it before. It’s pretty intriguing. If the promise can be fulfilled, it could be pretty amazing. It certainly has the potential to be the biggest story in 2009 in gaming. We look at a whole range of distribution and business models as being important. Digital distribution, new business models, they’re all worth pursuing for different audiences. We enable our games to work with many of them. It’s emotionally engaging narrative that keeps people coming back. You want to feel like you’re on a hero’s journey and you’re making a difference in whatever universe you are in. Whatever platform you play on — a handheld, digitally distributed, cloud computing, console — you want to feel a human emotion. We pursue narrative storytelling with the goal being emotional engagement.

GZ: If it all works according to plan, the opportunity to make games much more accessible is huge. A lot of games are otherwise hard for the mass market to get. The concept of digital rights management goes away. It seems too good to be true, but we hope it works. It’s exciting. It changes the equation. You can play with dumb terminals rather than some very expensive gear.