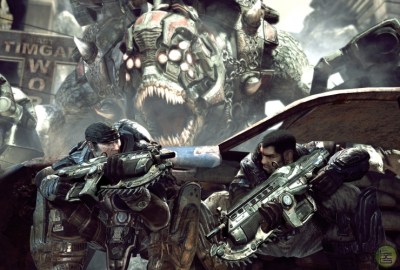 All eyes are on video games as the lone bright spot in a weak economy. So far, the industry is succeeding in delivering fun to otherwise shell-shocked consumers.

Sales of video game hardware and software appeared to be strong on Black Friday and over the holiday weekend, according to analyst Colin Sebastian at Lazard Capital Markets.

Sebastian said that initial checks indicated sales were strong at stores, and that comparison-shopping engines Shopping.com and Pricegrabber.com show that video games were among the most sought-after gifts for the holidays.

Microsoft was the first to issue a press release among the Big Three console makers, stating that U.S. Xbox 360 console sales over the Black Friday weekend were on pace to beat previous years. It estimated Black Friday sales were about 25 percent above 2007 numbers, and that the Xbox 360 outsold the PlayStation 3 by a three-to-one margin. Of course, analysts are expecting Nintendo to trounce Microsoft in consoles sold. Nintendo doesn’t have a Black Friday report ready yet.

Sony, meanwhile, thumped its chest back at Microsoft. Peter Dille, senior vice president of marketing and PlayStation Network at Sony, said in a statement that the company’s U.S. sales are up 90 percent year-to-date, and that sales are on track for the company’s fiscal year which ends March 31, 2009.

Mass market retailers reported strong sales on Black Friday, but many analysts attributed that to deep discounting. Video game companies have bundled more games with each console, and Microsoft cut its prices in September, but the industry hasn’t resorted to big discounts. In the game industry, the most expensive new games debut at $60, but there is always the danger that new games won’t sell well and that used games will surge. That isn’t the case right now, evidently.

Sebastian said that the hottest products over the holiday weekend were the Nintendo Wii and the Wii Fit game. Other top sellers included the Xbox 360 hardware bundle, Microsoft’s Gears of War 2 game, and Activision Blizzard’s Call of Duty: World at War. Sebastian said several titles seemed to be weaker than expected: Electronic Arts’ Need for Speed Undercover and Rock Band games, as well as Activision Blizzard’s Guitar Hero franchise. He attributed that to possible consumer boredom with overly-familiar titles.

I can attest to the fact that Gears of War 2 lived up to the hype. I finished it last week and was quite delighted with the sequel to the 2006 original. Microsoft said it sold 2 million copies of the game during its first weekend after the Nov. 7 launch.

Microsoft said that Fable II and Lips (a sing-along game) also sold well. And it said that sales of Xbox 360 hardware have been strong worldwide since the company cut prices. Among the big titles that should push November U.S. sales of video games are Gears of War 2, EA’s Left For Dead, Sony’s LittleBigPlanet and Resistance 2, Activision Blizzard’s World of Warcraft: Wrath of the Lich King, THQ’s WWE SmackDown vs. Raw 2009, and Nintendo’s Pokemon Ranger: Shadows of Almia for the Nintendo DS handheld game player. NPD is expected to publish November game sales results on Dec. 11.