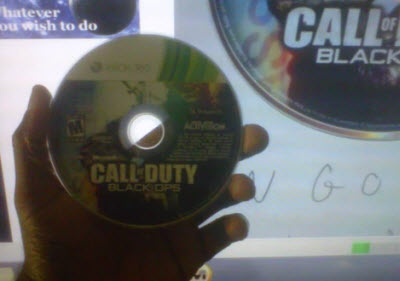 Private investigators have begun tracking down pirates of Call of Duty Black Ops, an unpublished video game that’s expected to be the hottest game of the season.

But instead of busting them and turning them over to the FBI, the investigators are trying a different tactic. They’re approaching the pirates and telling them to please stop selling illegal copies of the game.

One of the people who bought a disk online has even posted a four-part video on YouTube describing his experience (part one of BlackGate is posted below) of buying a game and getting caught. He described the investigator who cornered him as “polite.”

The tactics are different from those used by the Recording Industry Association of America, the organization that represents music labels, in cracking down on music pirates. The RIAA’s tactics are much tougher, and the organization has been vilified for going after music fans. Activision Blizzard, which employs the IP Cybercrime investigation firm, has opted to issue warnings first. Activision Blizzard got lots of bad press when it broke up with the founders of the Call of Duty franchise at its Infinity Ward game studio. It probably doesn’t want to aggravate its own fans further. (I’ve emailed Activision Blizzard for comment). 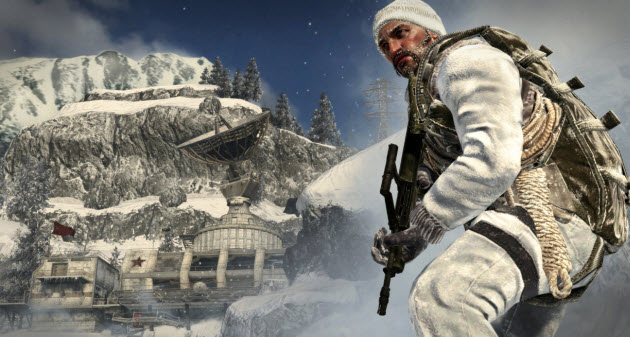 It isn’t clear if this ask-nicely tactic will work. Black Ops pirated copies leaked out during the past week, even though the game doesn’t go on sale on all platforms until Nov. 9. The game is in the process of being duplicated, packaged, and sent to stores. Rob and Jason Holmes of IP Cybercrime noticed that the pirated Xbox 360 games began appearing first in the South at college towns such as the University of Mississippi in Oxford, Miss., and in locations in Alabama and Georgia.

Rob Holmes considered it important to head off the piracy before it spread around the globe. His team moved in quickly. One way they can identify pirates is by seeing them play the game online on the Xbox Live online gaming service. Microsoft can easily spot those playing a game before its release. It turns over the identification of those players to Activision Blizzard, which hands it to its investigators. Those investigators can take the data and track down a real person.

“We know that a couple of leaks start and then it can spread like crazy,” Holmes said.

Last year, the crackdown was tougher. Holmes’ IPCybercrime firm tracked down pirates who took a shipment of games at a retail store and sold them on eBay. They then tracked down a pirate who had bought one of the disks and began selling bootlegged copies on the web, more than a week before the game went on sale. By tracking the web site and the user’s presence on Facebook, investigators managed to locate a pirate in Miami. The cops busted the operation, and the pirate was arrested and ultimately sentenced to probation.

It’s not clear that piracy took a huge toll on game sales last year. Modern Warfare 2 went on to sell more than 20 million units. But catching the pirates before they set up operations early in the days before the launch was considered critical to ensuring a good launch.

This year, Holmes’ team noticed chatter on Craig’s List, piracy web sites and Facebook pages about offers to sell bootleg copies of Black Ops. The team’s investigators set up sting operations, meetings with the pirates in coffee shops and other places. They then asked the pirates to stop selling and to tell them where they got their wares. Most of the pirates were scared, surrendered their game copies and cooperated.

Some of the situations reflect a profound ignorance about piracy. One user posted on a web site, saying he had a copy of the game and wanted to learn how to make a copy. 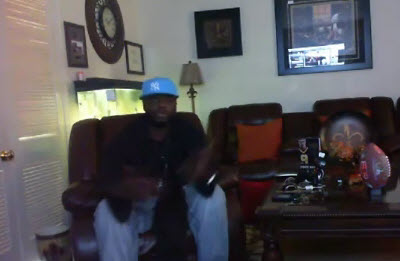 In the BlackGate video below (note: it includes foul language; the video is linked to more related videos), a New Orleans-based YouTube user named 504Ghostmaker (who calls himself Computer Healer) said he had a copy of Black Ops.

Back on Oct. 18 or thereabouts, he said he got a tweet from someone saying they had a copy of the game. On a forum, a thread of comments mentioned it was for sale. Computer Healer replied to the message, presumable via instant message, and offered $150 for the game, which the seller wanted $400 for. Others began offering donations to buy the copy collectively. Computer Healer offered to pick the game up himself. He arranged a deal with a guy named Ungodly and met at a Chili’s restaurant. 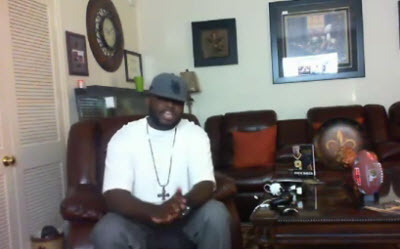 Computer Healer goes on to describe the transaction at great length. He ultimately got a phone call from an IPCybercrime investigator, who said he believed he had an unauthorized copy of Black Ops and should not redistribute or leak it. (Computer Healer replayed the voice mail on the video).

“I never made a copy of the game. I never said I was going to leak this game,” Computer Healer said in the video. “Was I going to give a copy to my friends? Yes…. I wanted to play my game…. The best game I ever played….I wouldn’t have sold the f****** for a million dollars.”