The dark futuristic detective film Blade Runner inspired an entire generation of sci-fi movies and games, yet interactive Blade Runner experiences have proved elusive until recently. Thankfully, Seismic has announced that its new VR game Blade Runner: Revelations will come out tomorrow, May 4, bridging the gap between the original film and last year’s sequel, Blade Runner 2049.

The game is a Google Daydream exclusive, supporting the Daydream View and Lenovo Mirage Solo headsets.

According to Mashable, Seismic describes the VR experience as a “throwback to classic adventure games,” containing a two-hour story with puzzle solving and action shooting elements, designed for multiple playthroughs. You control a Blade Runner named Harper, who navigates the dark streets of future Los Angeles to solve a crime — while trying to avoid starting a war between humans and Replicants. Choices you make will align Harper with one side or the other, leading to different story outcomes. 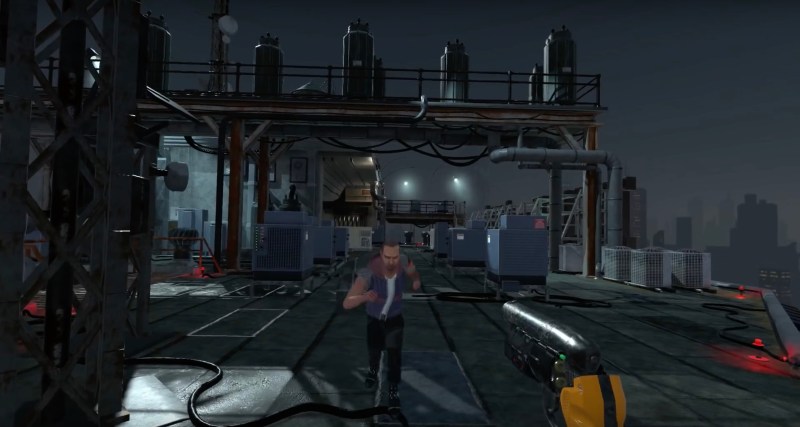 Blade Runner fans will be especially excited to experience key moments from the first film in VR, including flying in a Spinner car, using a Voight-Kampff android detection machine, and experiencing the ambiguities of potentially inauthentic memories. A new trailer video shows Detective Harper flying into the city and interrogating people for clues in full 3D, including neon-lit settings and synth audio evocative of the original movie.

Depending on the motion-tracking capabilities of the headset you’re using, the VR experience will be heightened. Gewirtz said that with the Mirage Solo, characters will continue to look at you as you change your head position, and you’ll be able to “see around corners, track moving objects, or gain a new perspective on a scene.”

Blade Runner: Revelations will be available tomorrow for $8.99 from the Google Play store.