The Oculus Rift is getting a new (and yet familiar) competitive experience.

Blade & Soul: Table Arena is a spin-off of the massively multiplayer online role-playing game Blade & Soul from South Korea developer NCsoft. The VR title uses the device’s Touch controllers to have players throwing characters into a battlefield, which march toward the enemy fortress and try to destroy it. It doesn’t have a release date yet.

It’s basically Clash Royale. I mean, if you’re going to ape a game, it might as well be one that’s the No. 4 ranked grossing game in the U.S. iOS App Store, according to App Annie. But the Oculus makes it a more immersive experience than its mobile counterpart. Still, it’s hard to ignore the similarities. I mean, just look at a screenshot for Supercell’s mobile hit. 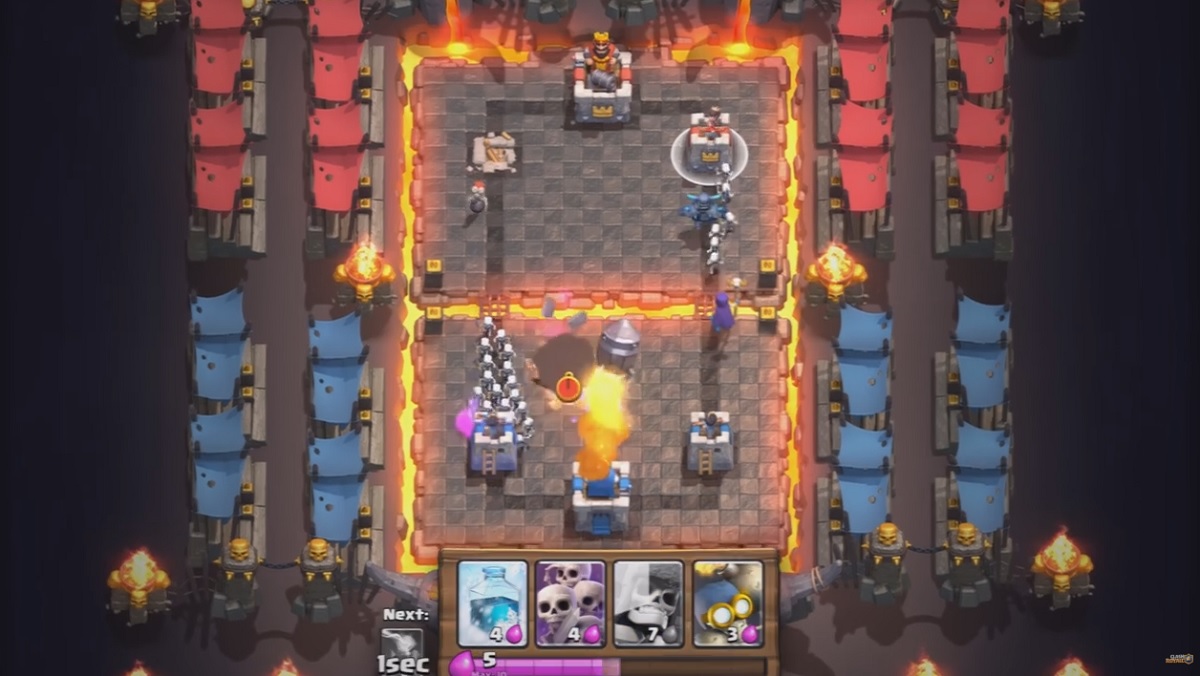 And now look at Table Arena. 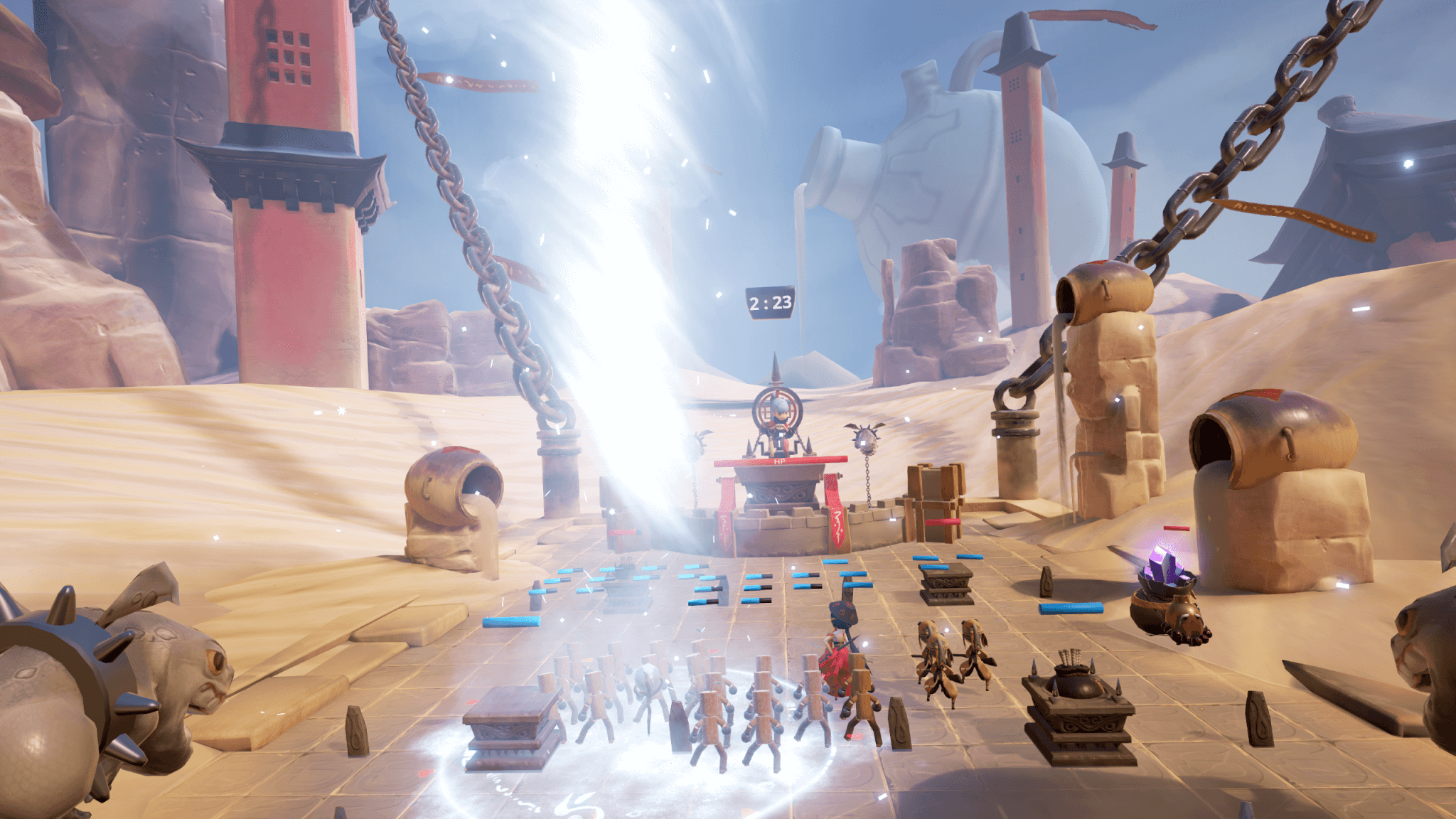 It even has the two towers on each player’s side. And I sadly don’t have a pic that includes Table Arena’s user interface, which is also similar to Clash Royale’s. You have four characters that you can throw out at any given time and a mana bar that slowly recharges.

And yet one small difference makes Table Arena’s interface more exciting. You can pick it up and move it. Imagine if that Clash Royale window with your mana and characters was on a physical table. Using the Touch controller, you pick it up and move it to any place around you. You can even just keep holding and grab characters from it with your other hand, giving you something of a Yu-Gi-Oh feeling.

The virtual reality experience is just more immersive. You feel like a commander dictating a battle from his own castle. Even planning for a match is neat, since you do it from a room that lets you pick up and examine each possible unit. And if you’re like me and enjoy simple amusements, you can just throw them around the room like some kind of worthless toy when you’re done with them. 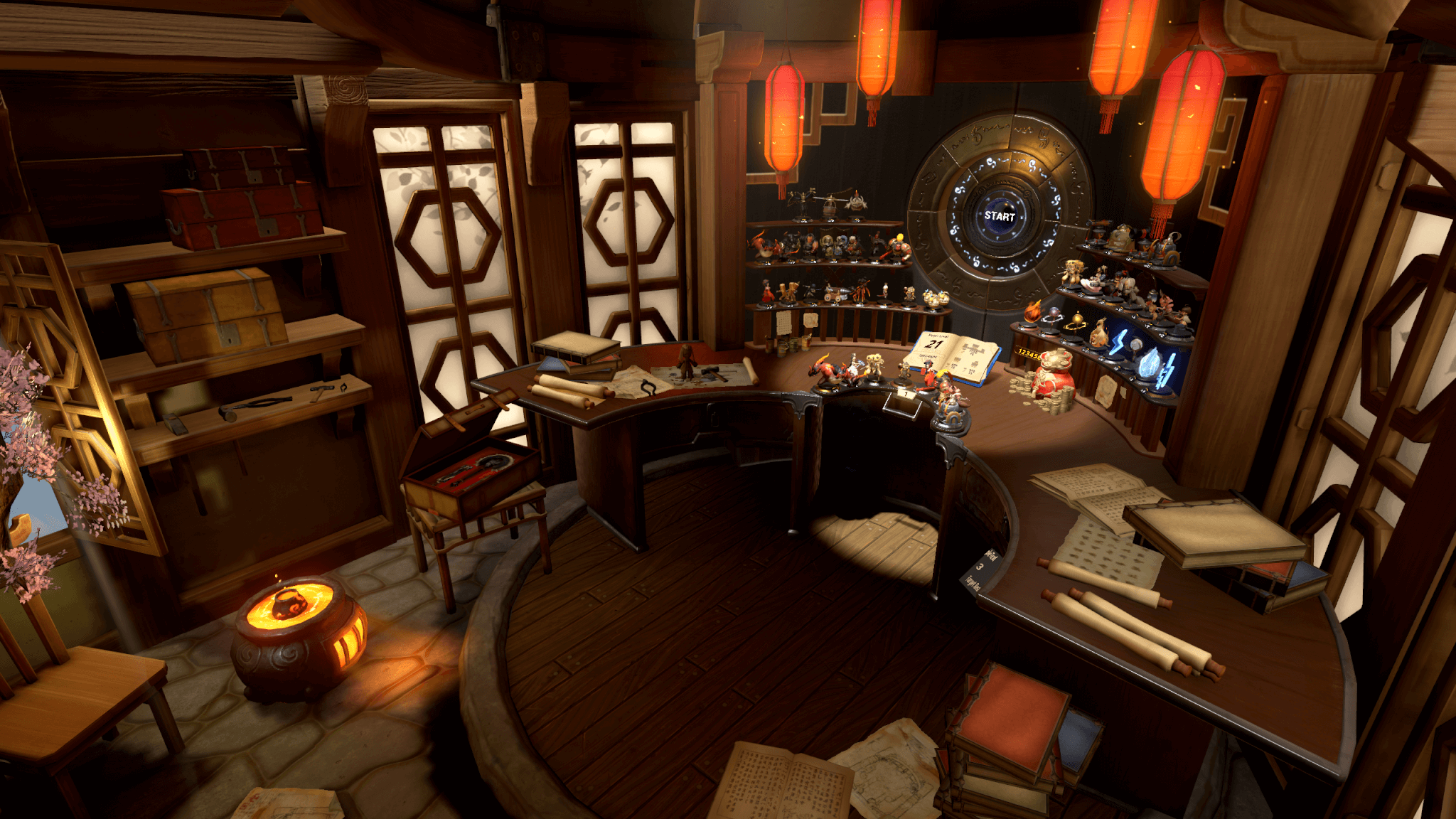 So, yes, it’s a Clash Royale clone, but it turns out that kind of game works pretty well in VR. Plus it gives the Oculus Rift another competitive experience that pits players against each other.